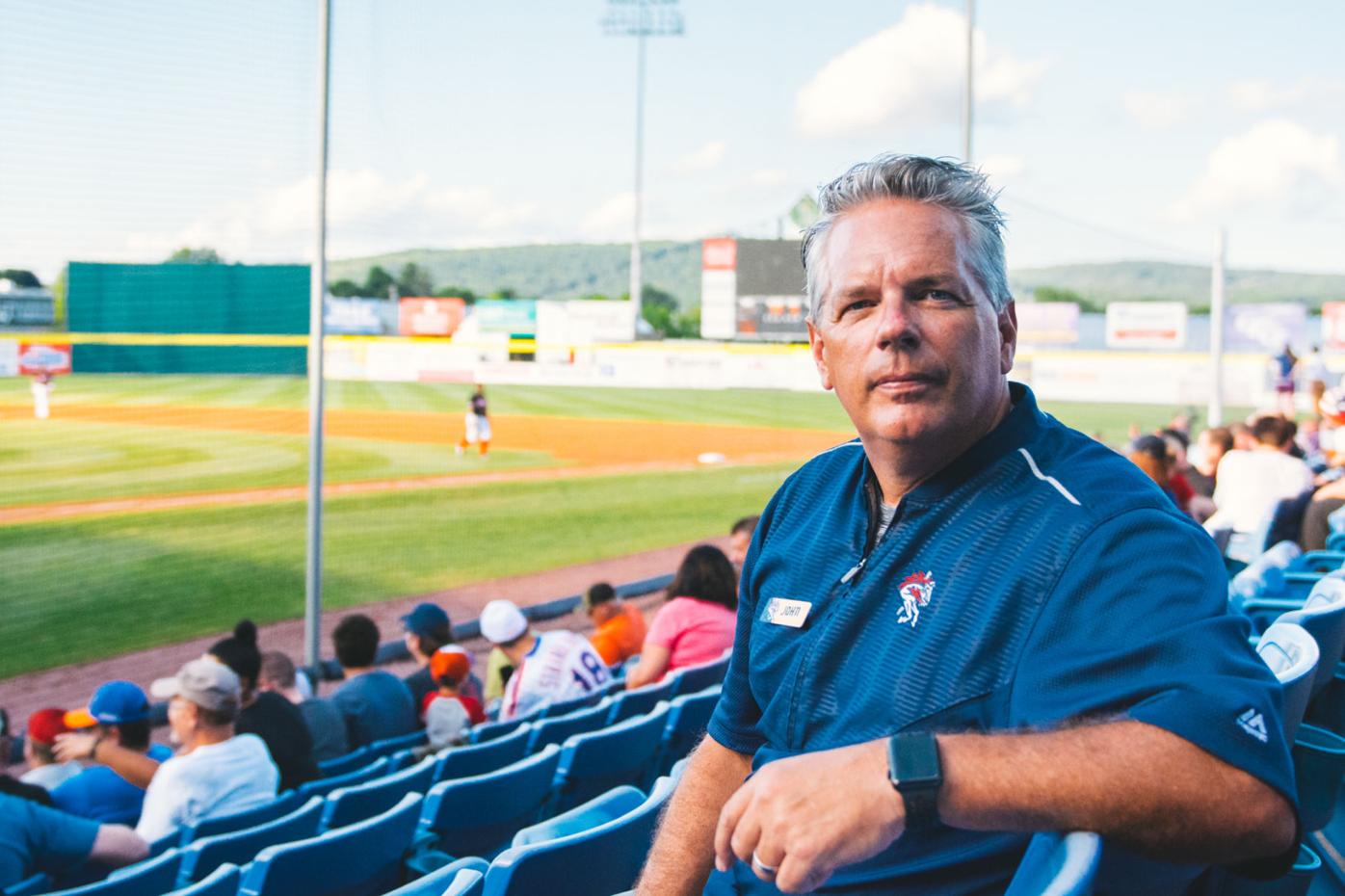 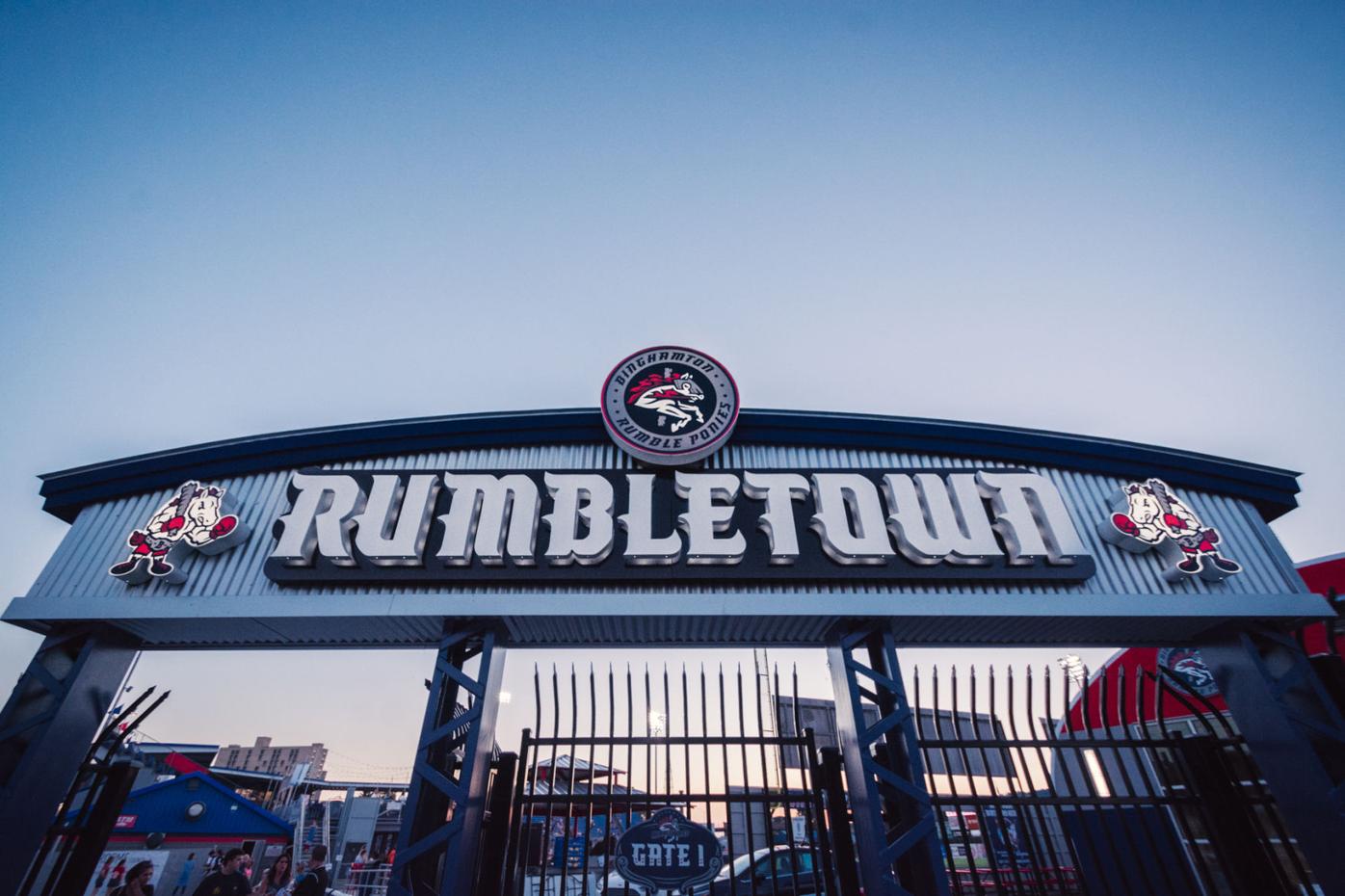 Kevin Healy has seen enough of the bad times to know the good times when he sees them.

A lifelong fan (at least, the 26 years the team has been around) and a season ticket holder since 2004, Healy has gotten to know all about the ins and outs of the life and times of the New York Mets’ Double-A affiliate, the Binghamton Rumble Ponies like the back of his hand. He’s witnessed his team win three Eastern League titles in 1992, 1994, and 2014, and seen future MLB stars such as Edgardo Alfonzo, Jason Isringhausen, and David Wright call Binghamton home.

He was also there when nobody cared.

“Clearly previous management really didn’t care that much,” said Healy. “I mean, they had the team up for sale for about 8 years, so they weren’t making any improvements during that time.”

When businessman John Hughes bought the franchise – then called the Binghamton Mets – in December 2015, he brought a renewed sense of hope and excitement to a languishing franchise, one that had suffered years of stagnation, lazy management, and fading trust from the fanbase.

When Hughes and his team came in, they changed the entire culture of the franchise, putting growth and innovation at the top of their agenda.

“Well, to me, anytime you take over an organization you come in and take a look at it.” Hughes said. “Obviously they haven’t been that successful in the past, so I think you have to come in and make some changes. Change is the only way to grow in today’s business world. You’re either growing or getting passed by, staying stagnant isn’t an option.”

The most apparent change the team has made since new ownership took over was switching their name from the Mets to the Rumble Ponies. Hughes explained the purpose and significance of this decision, a change that symbolized the new culture and identity the team was about to have.

“We are the Double-A affiliate of the Mets, but we are not the Mets,” he said. “We had to find something that solidified this as the Binghamton team. We had to make it our team, the community’s team.”

In order to find an adequate name, the team held a contest online, giving the public the chance to rename the team. They received suggestions from people all over the country, and ultimately decided on Rumble Ponies. This is a uniquely Binghamton name as the Ponies represent the area’s reputation as the carousel capital of the world, and the Rumble aspect represents the city’s fighting spirit.

The name change was only the tip of the iceberg when it came to the changes and alterations the team was about to undergo. The most significant changes, and the ones that are most felt, are the ones implemented on NYSEG Stadium, the Rumble Ponies’ home field. Since Hughes bought the team, the stadium has underwent roughly $2.5 million in renovations and additions, the most notable being new picnic and BBQ areas along the right field line, a new right field entrance gate, and a playground fun zone for children. The stadium renovations have created a more family-friendly and comfortable atmosphere, one of Hughes’ intended goals.

“When I looked at it, one of the things we really needed were family and community areas,” he said. “Areas where you might not necessarily come just to watch a baseball game, but come to hang out with family, talk, interact, see things like the party deck, grab a burger or a drink, and socialize with friends.”

The additions to the stadium are not going unnoticed by the fans. Healey is one fan that has expressed his resounding enthusiasm and gratitude towards the new changes.

“John Hughes came in and made significant improvements right from the get-go, including the party deck which is full every night,” he said. “And it used to be you came here to find something to eat, you’d be lucky to find a rock to sit on. Now there’s tables and chairs, I mean he has really made it fan friendly.”

In addition to bettering the fan experience, the stadium renovations have also served the interests of the players, as the bullpens were revamped and a new batting tunnel was installed beyond the right field wall. Right-hand pitcher Mickey Jannis, who’s been with Binghamton on-and-off since 2015, expressed his appreciation for the work management has done to improve player development.

“The improvements to the stadium have been pretty cool to have,” he said. “I know the batting cage is a huge benefit that we’ve had, not just for the hitters but the pitchers too. I mean, you can go in there and throw on a rainy day, or a cold day early in the year. So that’s probably been the most beneficial thing.”

The stadium renovations and commitment to the team and community has led to the results Hughes and his team expected, as there was a 26 percent increase in stadium attendance in 2017 compared to 2016.

Due to all his hard work, the Mets organization rewarded Hughes by sending former Heisman Trophy winner and NFL quarterback turned baseball player Tim Tebow to Binghamton, giving Tebow a taste of Double-A ball, and giving the Rumble Ponies a sure-fire attendance booster. So far, the Tebow experiment has paid-off, as he has made the Double-A all-star team (adding another milestone to his feel-good story) and another reason for fans to come to the stadium to watch him play.

The atmosphere in the stadium on any given day is certainly a passionate and enthusiastic one. Although Binghamton is the smallest market in their division, their fans make up for this by being louder, filling up seats, and vehemently supporting the home team. This makes for an energetic scene at NYSEG Stadium as you can see fans heckling the umpires after a questionable call, clapping and dancing in unison after a Rumble Ponies base-hit or run scored, and erupting in a roar every time Tebow steps up to the plate. Regardless if the team is up by nine runs or down by six, the fan reaction to the on-field play is the same: relentless passion for the Rumble Ponies. Seeing Hughes walk through the stands and talk to fans, amidst all the excitement, solidifies the togetherness and community-orientated culture his ownership has brought.

As much as the Rumble Ponies are thriving and doing well for themselves, they are also adding a great amount of value and worth to the city of Binghamton and the area as a whole. The Greater Binghamton Chamber of Commerce CEO Jennifer Conway explained the significance of having the team in town and how much they really mean to Binghamtonians.

“It’s one of those places where you go there and you see the people of the community, you connect with the community,” she said. “It’s kind of the heart of who we are and we’re so blessed to have something of this caliber in our community.”

Aside from uplifting morale and giving locals something to cheer for, the Rumble Ponies also give the city a lot of worth in terms of business prospects and job potentials.

“From an economic development standpoint, it’s been incredible,” Conway said. “When we’re trying to attract jobs and people, one of the key things we can say is, ‘look at what we got. We got an incredible baseball team.’ And not only is the team great, but even the whole package. The stadium, the presentation, and this really helps us attract and retain employees. Anything that can help us create a greater sense of place and quality of life is a huge asset to our community.”

The location of the Rumble Ponies in downtown Binghamton translates to increased consumer-based activity, as people who are drawn in for the games also stick around to explore what the city has to offer further. The Director of the Binghamton Convention & Visitors Bureau Judi Hess explains how the Rumble Ponies help to stimulate the local economy and prop up businesses in the area.

“They [Rumble Ponies] definitely draw people in, and that helps with local restaurants and shops and obviously hotels,” she said. “But the exposure to the community is great. Their attendance is up more than 20 percent, and that’s not all local, so that’s definitely driving more people downtown and attending the games.”

The city of Binghamton has transformed over the past decade and continues to do so. There are numerous development projects currently underway, and a multitude of new businesses have opened in recent years, revitalizing the area and boosting the economy. The Rumble Ponies are one example of this overall upward trend and communal growth.

“Downtown is so different than it was 5 or 10 years ago, it’s just constantly growing and revitalizing itself and almost coming up with a new personality,” Hess said. “The team definitely ties right into that, they’re timing was perfect. Their enthusiasm and what they’re evoking from local residents is pride, and that’s something that we were lacking for a while.”The robust and prosperous climate the Rumble Ponies have helped to implement in Binghamton has more than paid off, but they aren’t done. NYSEG Stadium will host the 2020 Double-A All-Star game, which will fill hotels and restaurants with baseball fans from all over the country for a few days. Hughes, when asked if he had future changes in mind for the team going forward, didn’t hesitate to say yes.

“For sure, we always have to evolve. I got a long-term plan for this stadium and team. I’ve lived my life with one, three, five-year plans, and that’s what we’re going to do here.”

This innovative and progress-orientated business model is one that is being fully embraced and welcomed by the community, something that they don’t want to lose sight of.

“The area is emerging as a jewel,” Conway said. “The minute we step back and think that we’ve made it, we are going backwards.”