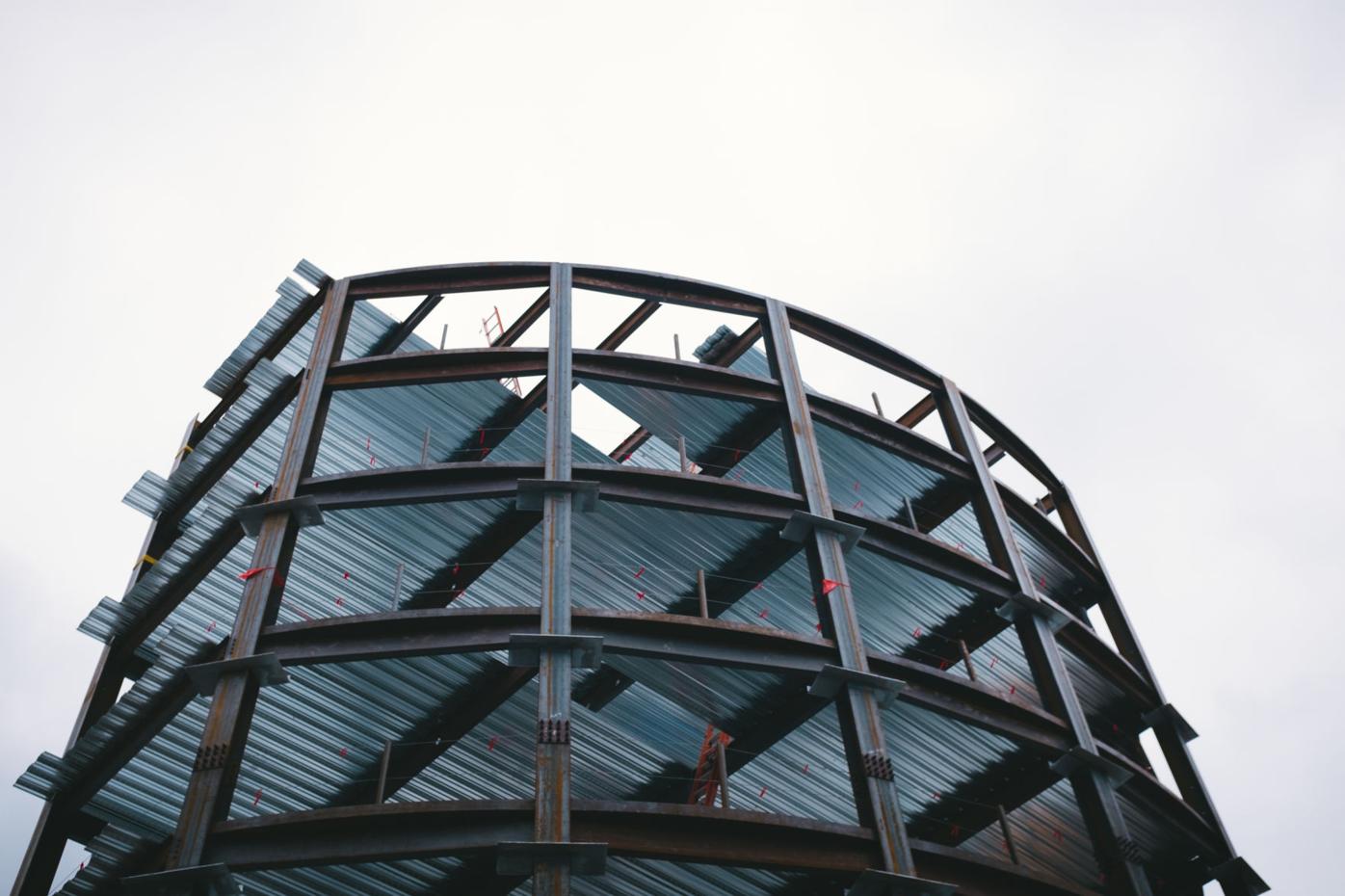 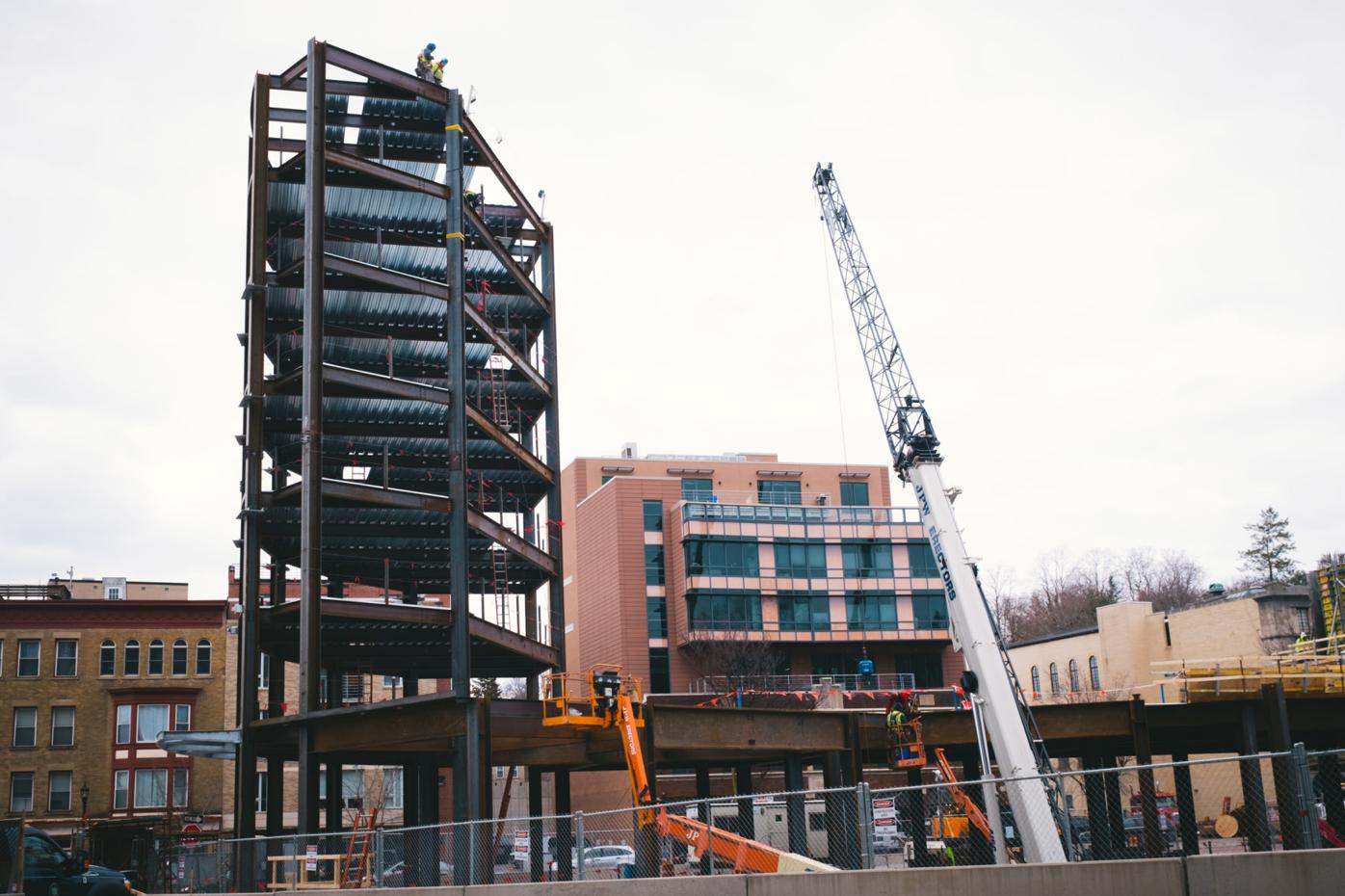 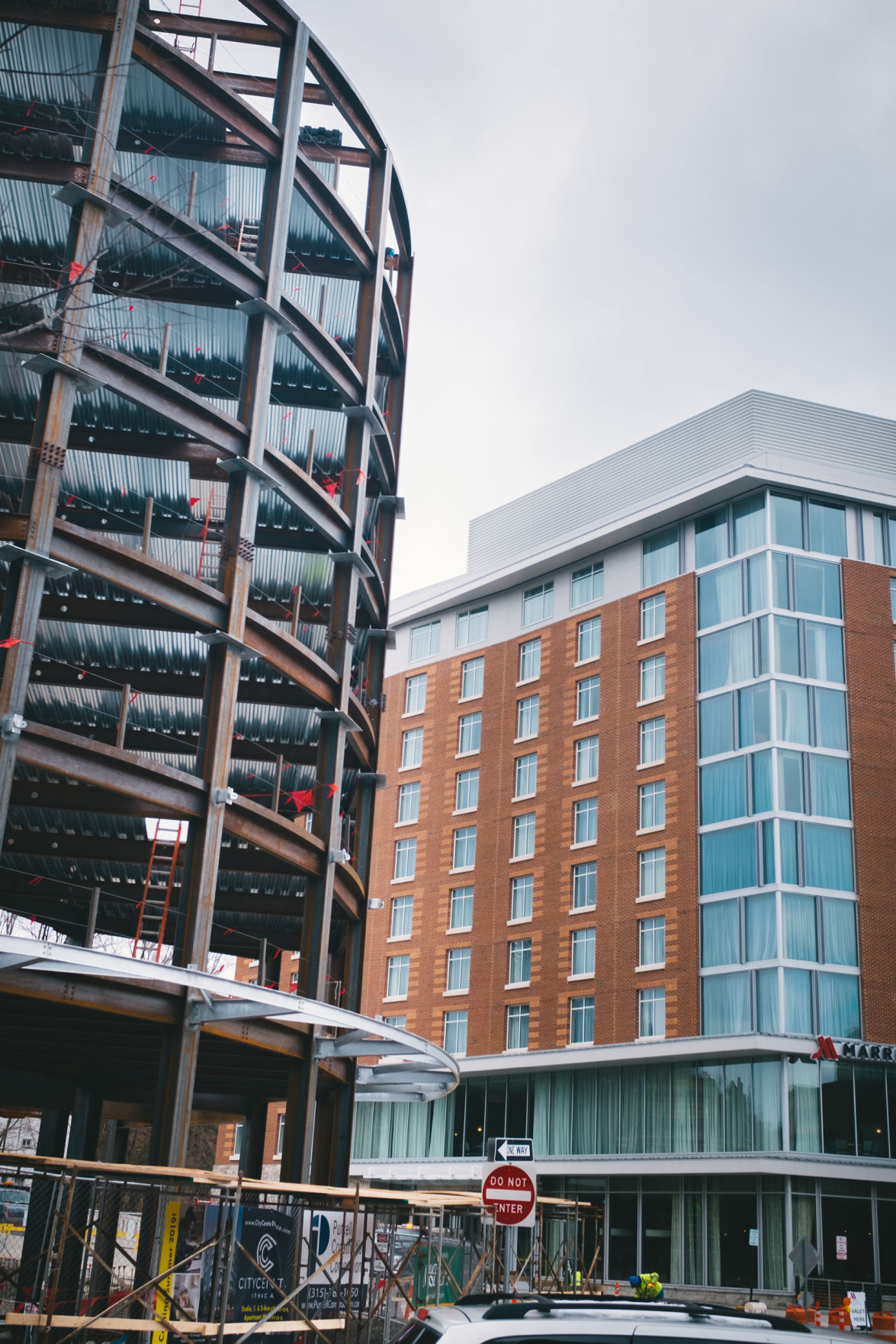 The City Centre project on East State Street has begun its ascension skyward, after which it will soon tower over downtown Ithaca. In a matter of months, it will be one of the biggest buildings in Ithaca, hoping to become a staple of downtown for generations to come.

With that status will undoubtedly come a certain level of interest and questioning in the building’s energy usage, particularly in a community as energy-conscious and as sustainability focused as Ithaca. Adding fuel to that interest will be the $8.9 million descending tax abatement the project will enjoy over the next decade, granted in part on the condition a number of energy-saving measures be implemented.

At the very least, the development and design team on the project – made up of Vestal-based Newman Development, Whitham Planning and Design and energy consultation from Taitem Engineering – have made significant efforts to reduce the project’s negative energy impacts and emphasize sustainability.

Partially, they’ve done this out of necessity. New York is widely considered one of the most strict states in terms of its energy building codes already, and the Tompkins County Industrial Development Agency (TCIDA) builds upon that from developers in exchange for temporary property tax discounts. The TCIDA’s Enhanced Energy Incentive pilot program demands that new construction receiving a tax abatement reach a threshold of 40 percent better than state code. Yet, even with the help of the additional money in their accounts, the costs incurred by developers still outpace the benefits, according to project officials.

“In many cases, the choice for higher efficiency led to a cascade of other choices and expenses,” according to a presentation from Whitham Planning before the IDA. “While the tax abatements granted through the IDA make some of these choices possible, the costs still outweigh the total of the abatement available.”

Those costs have included classic sustainable appliances that have been known for years, like low-flow toilets or solidly framing windows to avoid air leakage, while others seem to be further along the cutting edge, like eliminating the need for venting to accompany clothes dryers, which will be outfitted with heat pumps (standard practice in Europe, but a burgeoning innovation in the United States).

While not overtly costly, the integrated design approach has also proven invaluable, according to Taitem Engineering’s Umit Sirt, one of the sustainable energy consultants on the project. This is the practice of ensuring every part of the project’s team is aware of the energy direction, and so small or large tweaks can be made from the beginning of the process. It seems simple, but when a team is trying innovative approaches, and those approaches inevitably cost more money, making sure everyone is on the same page is crucial, Sirt said.

He’s had experiences before, on other projects, in which developers recoiled at the thought of the increased costs up-front of some sustainable energy infrastructure without realizing the benefits down the road, like lowering operating costs of the building once it’s finished. Keeping everyone in the loop from the beginning then helps immensely.

Nick Goldsmith, the Sustainability Coordinator for the City and Town of Ithaca, said to inform  the city’s potential new green building policy – which is still under review at the city government level, a slew of buildings around the city were examined for their sustainable energy efforts and the effectiveness of those efforts – both in order to better inform the report as case studies and also to examine where the City of Ithaca’s current buildings are as opposed to just scrutinizing new construction.

Based on Goldsmith’s evaluation, City Centre would pass the newly-proposed points system, though its use of natural gas heating in common areas lowered its score, Goldsmith said.

The final hope is that if City Centre’s energy efforts do yield positive results, they will influence others around the region, showing these methods are worthwhile and aren’t necessarily as financially burdensome as they may seem, particularly with tax incentives.

As larger projects like City Centre succeed, Sirt said there’s the chance of a domino effect: a contractor, a construction worker, a developer, an architect, an engineer, whoever works on the project is more experienced with the new technology afterwards, and is more likely to pass on their knowledge to someone else on a different project, and so on.  It could take years to see that impact have any tangible effect, but Sirt is encouraged regardless.

‘There’s a market that needs to be more flexible, and to make that more flexible means they need to change their practice,” Sirt said. “But there’s a transformation going on [...] We have to do these things so that every piece of the market can practice it and get used to it. It’s a learning curve.”