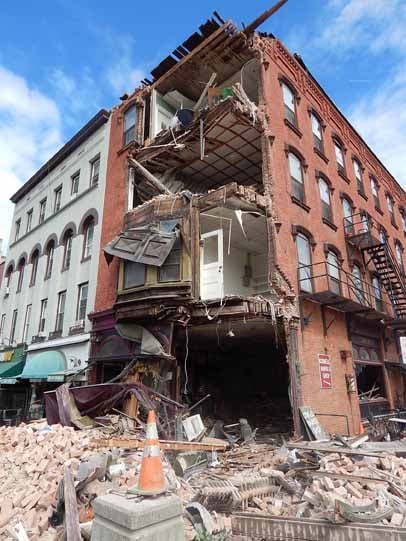 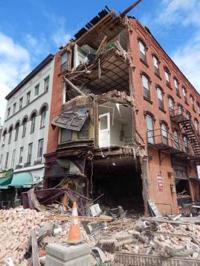 A view of Simeon's on Saturday morning after a tractor-trailer ran into it on Friday night, killing one and injuring several. 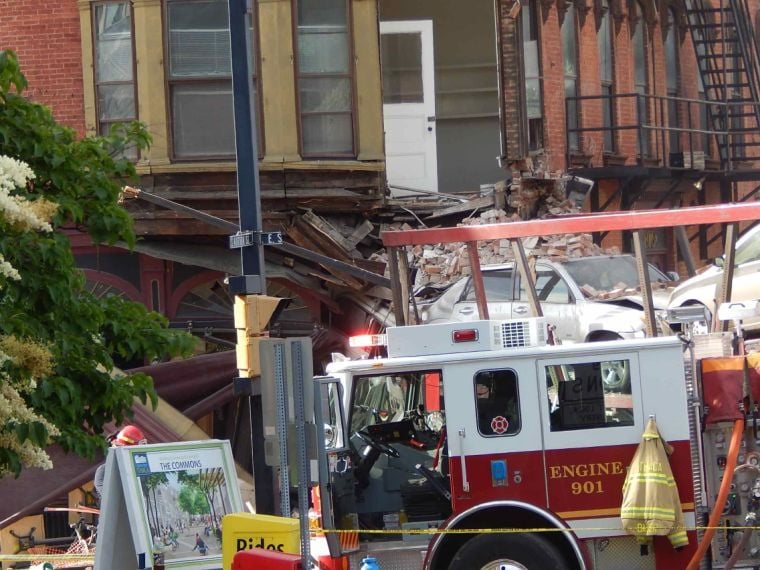 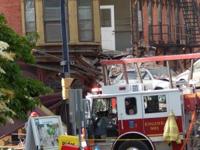 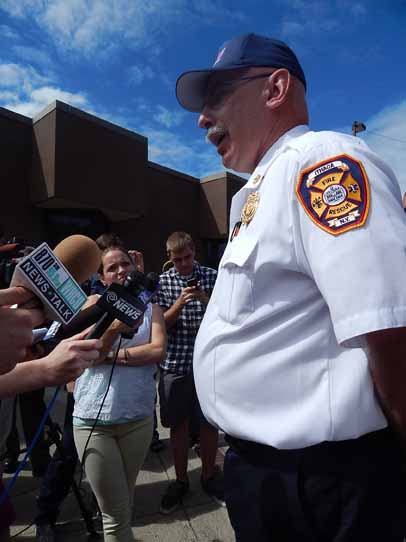 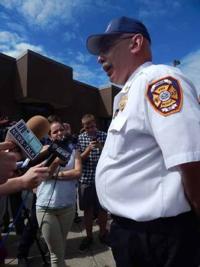 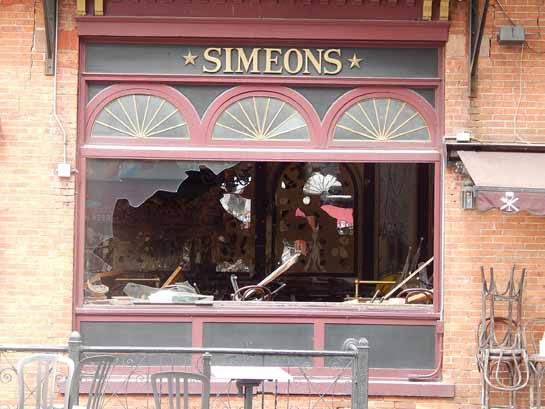 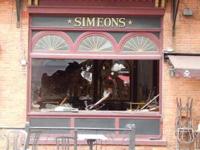 A look at Simeon's Bistro on the Aurora Street side Saturday morning.

A view of Simeon's on Saturday morning after a tractor-trailer ran into it on Friday night, killing one and injuring several.

A look at Simeon's Bistro on the Aurora Street side Saturday morning.

ITHACA – The runaway tractor-trailer that barreled into a Commons bistro on Friday afternoon claimed the life of a Lansing resident who was tending bar there.

Following what the city mayor called one of the most horrific days in Ithaca's history, city officials announced Saturday morning that Amanda Bush, 27, of Lansing, and a bartender at Simeon's, was the lone casualty in Friday's accident in which a hauler carrying seven commercial vehicles plowed into the eatery at 224 E. State Street.

Having initially tallied those injured at four, authorities said Saturday that five were injured at the scene and were transported via Bangs Ambulance to Cayuga Medical Center with non-life threatening injuries. Two others transported themselves to the hospital, according to Ithaca Police Chief John Barber. The five that were directly transported to the hospital have since been released, said Ithaca Mayor Svante Myrick.

"This was a horrible day in the city's history," Myrick said. "There is little relief for our grief."

Around 4 p.m. Friday, authorities said a hauler, driven by Viacheslav Grychanyi, 37, of Spokane, Wash. and a driver for Auto Star Transport, a firm in Spokane, had turned onto East State Street from Mitchell Street and headed westbound toward the Commons. Chief Barber said the driver was unable to stop the truck, and witnesses estimate the hauler was traveling between 40 and 50 miles per hour when it hit the southeast side of the 130-year-old building.

Barber said the driver realized he didn't have brakes as he approached. Grychanyi told authorities he would have continued straight into the construction area of the Commons but spotted workers there. Instead, he made the turn and collided into Simeon's, wedging the truck's cab deep into the eatery and smashing through a brick wall dividing Simeon's with its neighbor, Titus Gallery.

Bush, the Lansing woman, was declared dead at the scene, according to an Ithaca Firefighter report. Most of the injured were located inside Simeon's at the time of the crash, Fire Chief Tom Parsons said.

Grychanyi, who was treated at the scene with minor injuries, is cooperating with the investigation, police said. He was issued two tickets for driving an over-length vehicle and having an inadequate braking system.

Barber said the truck was in town picking up a vehicle for transport. Officials estimated the truck to weigh about 20 tons or more.

"In this case, the truck was a little bit longer and should not have been on this road," Barber said.

Myrick said the city will look into what can be done to prevent an accident like this from happening again. He said the city and the state should examine its laws to prevent trucks of such size from coming down hills as steep as East State St./route 79.

"When things go wrong like this," Myrick said, "it's natural for a lot of questions to be asked: Why did it happen? Could anything have prevented it? Is there anything we can do to stop this from happening again? And already, those questions are bubbling up about what kind of barriers we can install – physical barriers – what kind of legal barriers we can have to prevent trucks of this size from coming through this city. I think those are fair questions to ask, the right questions to ask and questions we'll be looking to answer in the coming months. The immediate concern is for this young woman's family."

This morning, two bouquets of flowers were left against a fence outlying the parameter of Simeon's. A note on one of the bouquets read: "RIP Amanda (+ one), Precious Lives Taken", suggesting that Bush had been pregnant at the time. However, authorities would not confirm that.

As for the four-story building, which houses Simeon's and above apartments, Myrick said city and outside engineers would be downtown Saturday to analyze the structure and stabilize it.

The building is closed indefinitely, and tenants in the above apartments have been set up with temporary housing, Myrick said. The 100 block of Aurora will be closed to traffic, but the sidewalks are open, he said. Businesses will be open, too, he said.

Myrick said the already-tragic scene could have been far worse had it happened 40 minutes later, at 5 p.m., when "Restaurant Row" is teeming with diners and pedestrians.

"This is the most popular corner in our city, and that's why it's so jarring," Myrick said. "Because any Ithacan could have been standing at that corner."

No National Safety Standards for the quality of these trailers. Concentrate on the cheap trailer parts!! go to dangeroustrailers.org and know that all of these trailers are built to a "Voluntary Standard" Wake up Congressman Cantor knows this and it was he who has prevented this National discussion to go forward. If G.M. is held liable for 13 deaths due to faulty ignition over ten years than why not these cheap trailer companies?
http://parsippany.patch.com/groups/police-and-fire/p/man-killed-on-rt-280-hit-loose-trailer
http://www.cnn.com/2013/05/29/us/new-york-trucking-accident/

New York Inspections are a joke. You can buypass inspections and register the crappy trailer in Maine.

You want violations! We have a report on trailers over 3,000 GVWR from PA this report has been given to the NTSB and they ignore it.
Your Government has been lobbied by Truck Companies to get rid of inspections in PA and New York...do you think if this happened getting rid of inspections is the right thing to do?
http://www.dangeroustrailers.org/uploads/Compuspections_Book_Presented_To_NTSB_Part_Three__09-12-2011_10_05_08AM.PDF