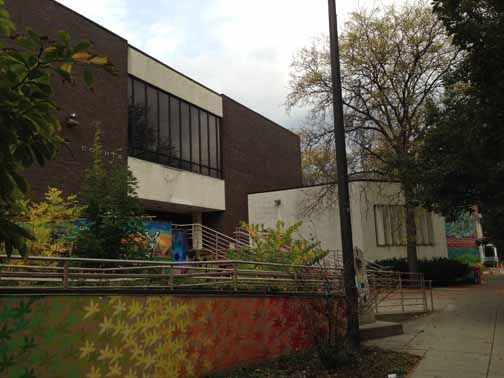 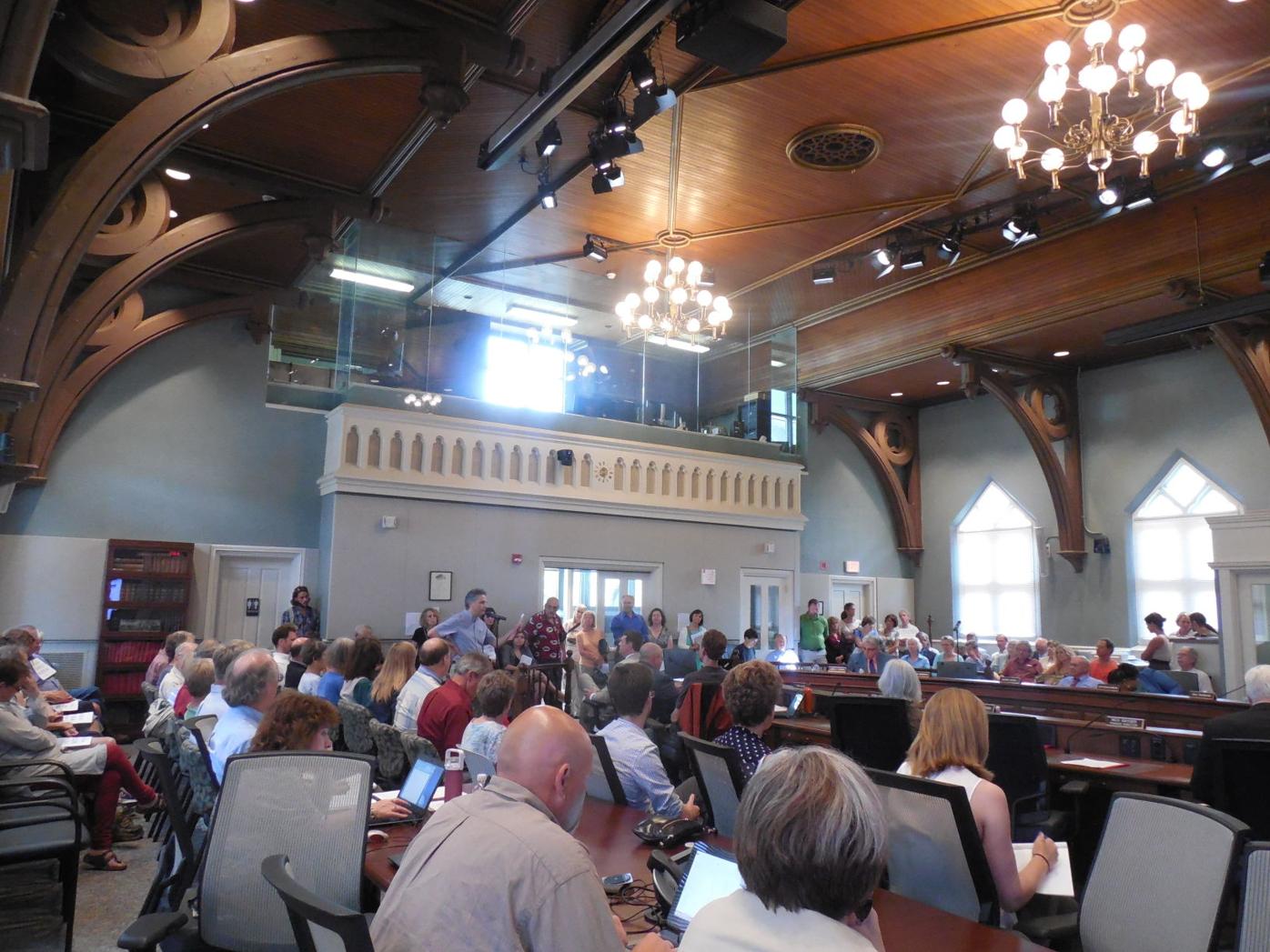 More than 80 people showed up at the June 16 legislature meeting for the discussion about the Old Library project proposals. 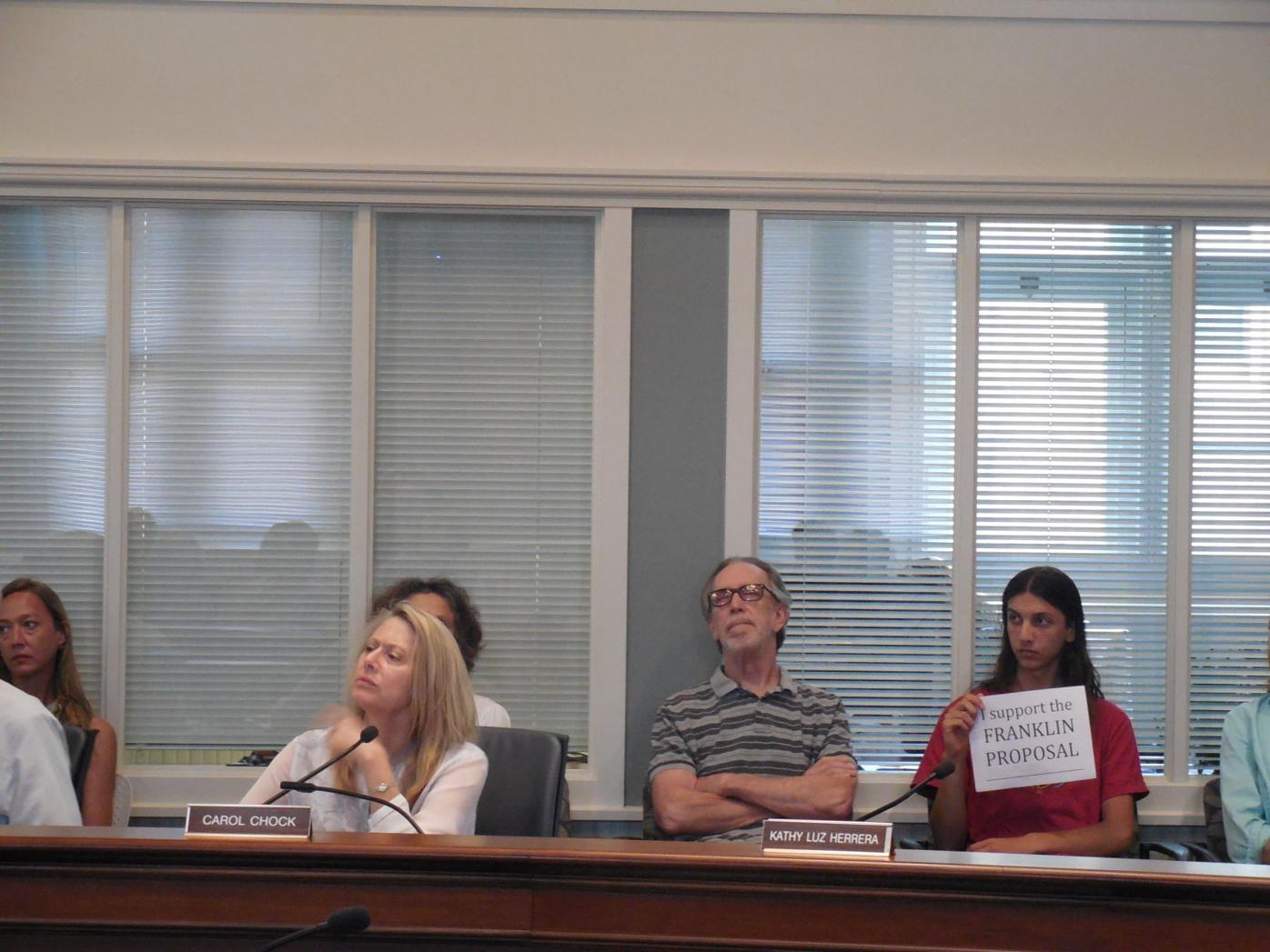 More than 80 people showed up at the June 16 legislature meeting for the discussion about the Old Library project proposals.

After nearly five hours of discussion and public comment, the Tompkins County Legislature failed to approve any of the proposals for the Old Library site development.

More than 80 members of the public showed up to Tuesday's meeting to watch the legislature’s discussion of the three remaining project proposals. At least 40 people spoke during the two-hour public comment, and most supported the Franklin Properties proposal which would offer 22 condominiums.

The other alternatives were the Travis Hyde proposal for 60 market-rate senior apartments with space for Lifelong and the Rochester’s Cornerstone Group proposal for 63 affordable housing apartments for seniors.

During public comment, John Schroeder, a member of the City of Ithaca Planning and Development Board, lyrically described the project with near-poetic language, calling it “miles above the rest” and concluding, “It feels like Tompkins County, it feels like Ithaca, it feels like home.”

Others supported the Franklin Properties proposal because its reuse of the building would be environmentally friendly and because the project offers less housing density than the other proposals and would thus have less impact on the surrounding neighborhood.

Legislator Mike Sigler (R-Lansing), who is on the Old Library Committee, said that for him, “It really came down to density.” He explained that he supports housing density in the downtown area, which is why he would not support the Franklin Properties project.

With an opposing view on density, Legislator Dan Klein (D-Danby) spoke in favor of the Franklin Properties proposal. He cited strong public support -- including both the speakers at the meeting and the “hundreds” of emails from constituents. Klein noted that currently “zero people live there” so even the 22-unit Franklin Properties project would have a substantial impact on the area. Also, he said, “The environmental difference is really important to me,” adding, “There is a real, true environmental case to be made for preserving the foundation that is there already.”

Legislator Martha Robertson (D-Dryden) cited the housing shortage and Cornell’s plans to admit a larger number of students over the next five years as a reason to support the higher-density projects.

Legislator Jim Dennis (D-Trumansburg) said that the Franklin Properties project didn’t preserve all that much of the building. Quotable as ever, he responded to arguments in favor of preserving the historic building by saying, “That building is historically ugly to me.”

Chair Mike Lane (D-Dryden) noted that the city previously expressed interest in high-density housing. Although some members of the public pointed out that Lifelong could possibly become involved in any of the projects, Lane observed that Lifelong has only chosen to be involved in the Travis Hyde project and called it “arrogant” for members of the public to assume another arrangement could work.

Legislator Will Burbank (D-Ithaca) said, “I don’t think we should assume that if we go for Franklin we are hurting Lifelong.”

Before voting on a proposal, legislators approved adding an amendment to attempt pursuing a ground lease instead of selling the property outright. Representatives of the two developers present -- Travis Hyde and Franklin Properties -- said that a ground lease could work but might present some difficulties. Initially, seven legislators supported the amendment but it still failed because it would have required eight votes to pass. Later, Legislator Nate Shinagawa (D-Ithaca) requested reconsidering the amendment and in a second vote it passed 8-3. (There were two absences, as Legislators Kathy Luz Herrera (D-Ithaca) and Peter Stein (D-Ithaca) were excused.)

Legislator Carol Chock (D-Ithaca) proposed an amendment that would change the resolution to designate Franklin Properties as the developer, although it failed in a 6-6 vote.

In the future, either of the legislators not present at this meeting could move for reconsideration of the matter.