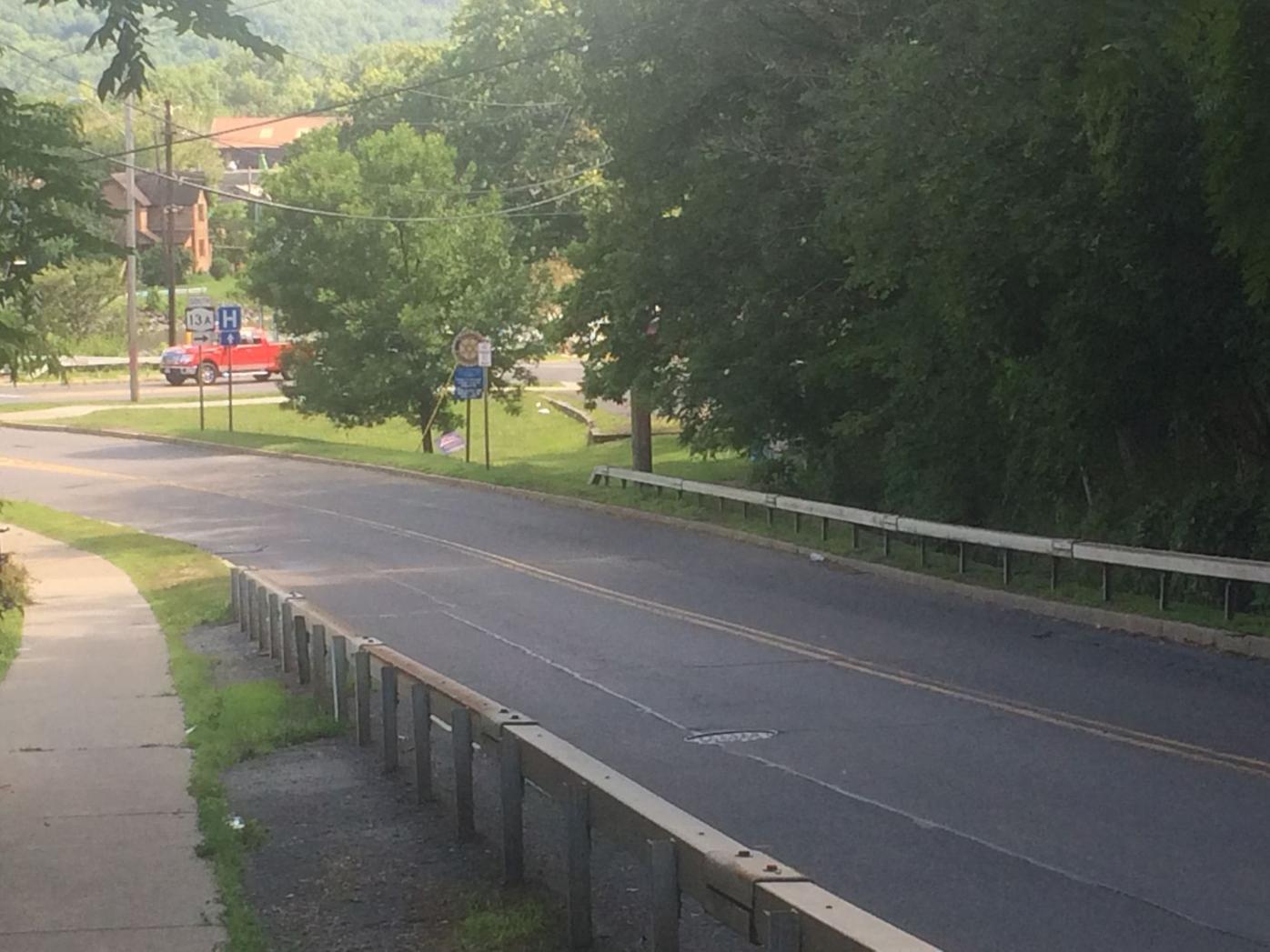 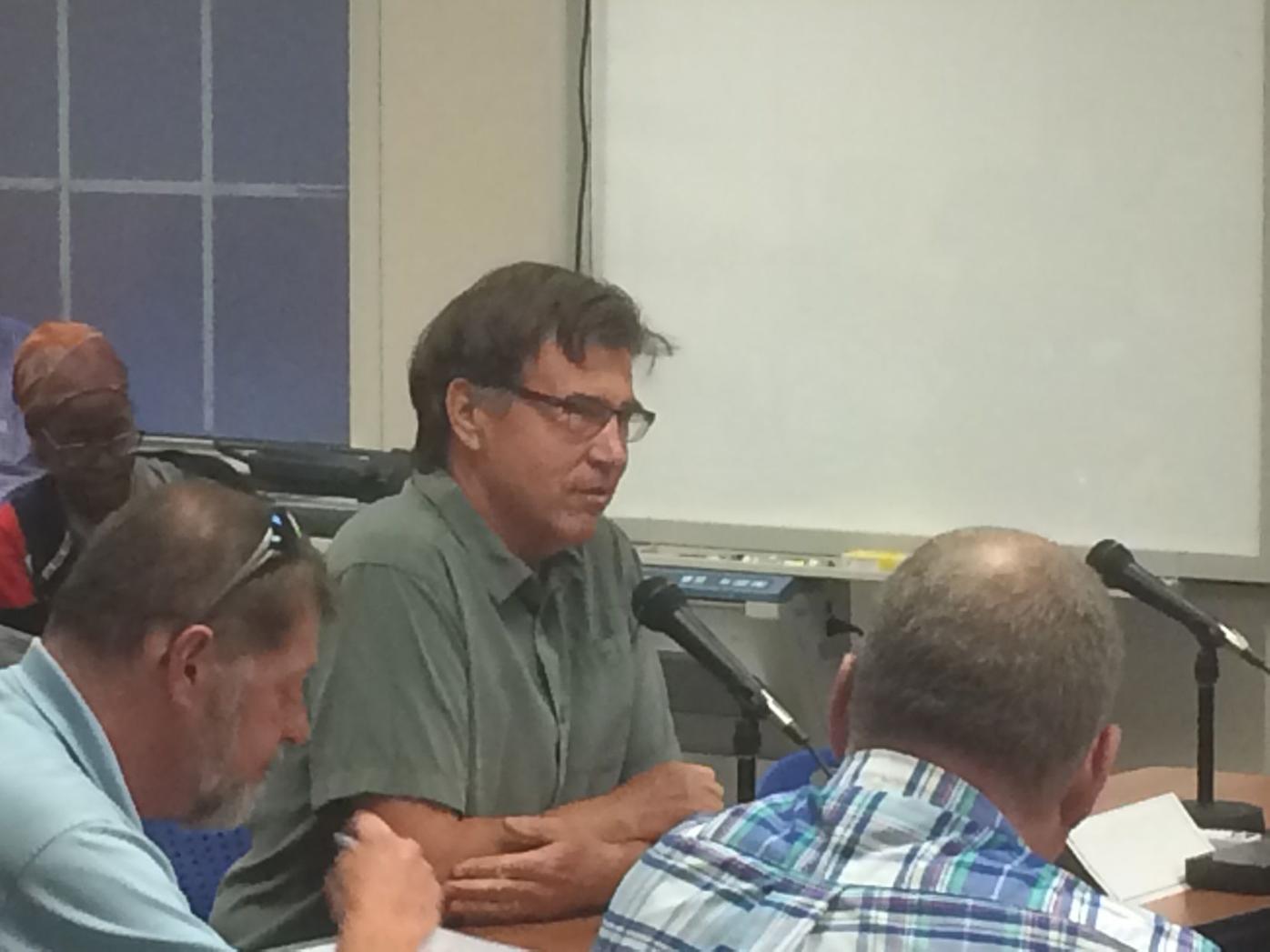 Rick Manning speaks in favor of the more bike-friendly proposal in West Hill. 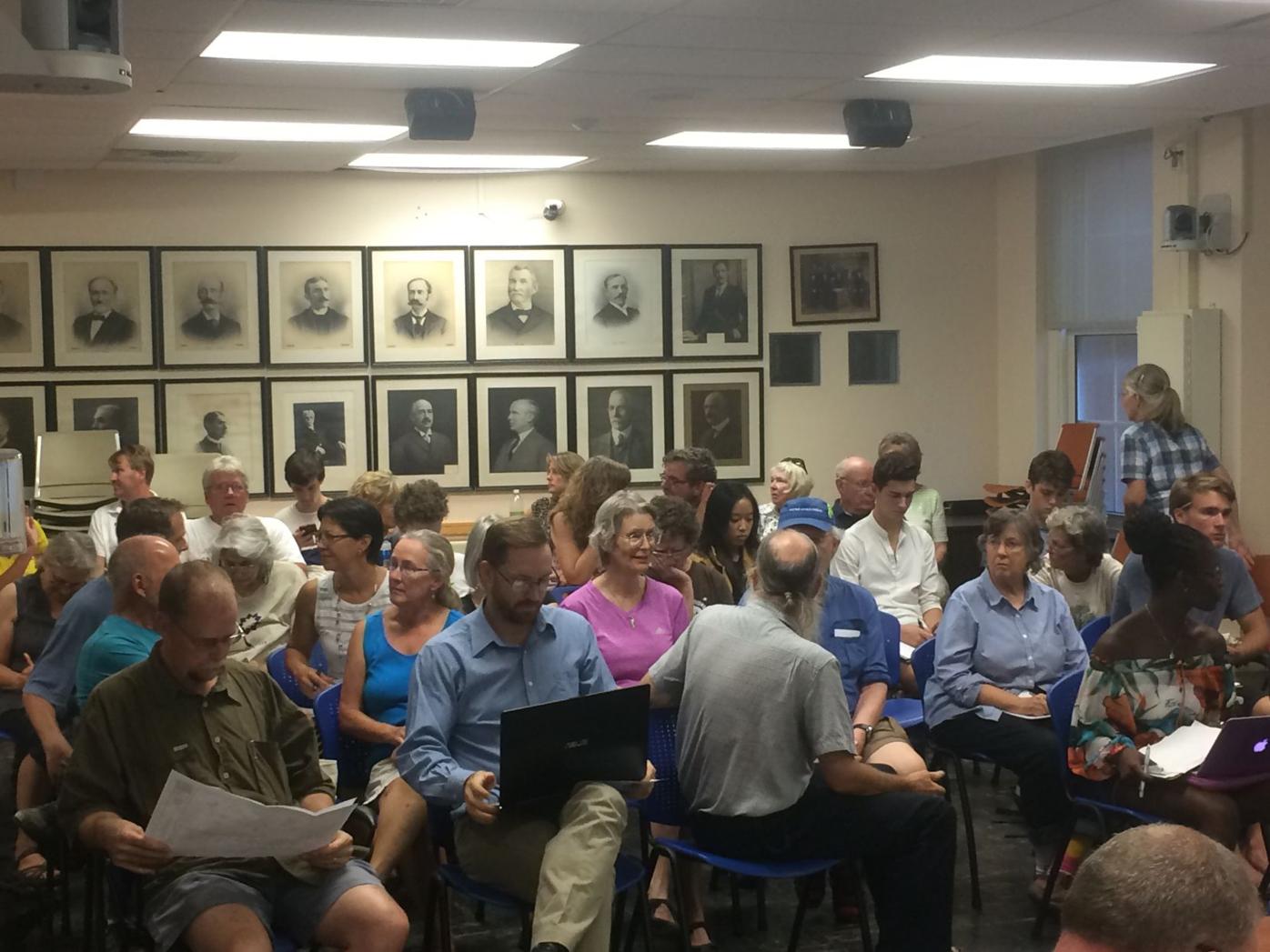 Monday's Board of Public Works meeting packed the house over Hector Street's future.

West State Street/Hector Street has long cut a geographic divide directly through the West End and the West Hill neighborhood, serving as a natural barrier while also the main thoroughfare from the neighborhood to the center of Ithaca.

But potential changes to one section of the roadway has now divided residents of the neighborhood along decidedly different lines: commuters and pedestrians.

The schism was evident during Monday's Board of Public Works meeting, which was dominated by West Hill residents from both inside and outside the city's limits to state the case for or against a new proposal to make the Hector Street-Floral Avenue more pedestrian and biker friendly. In total, it is a $714,000 project, covered by New York State funded grants, which would include a mid-block crosswalk, a new traffic light at the intersection of Hector and Floral and two five foot bike lanes on either side of the street. The south side of West State Street would also receive 10 foot sidewalk, and one of the current four lanes of traffic would be eliminated.

The city settled on the plans after eliminating two previously evaluated routes, inaction and bridge widening, in April and choosing it over a more costly option that would have only provided one bike lane, along with a concrete barrier. While there were a litany of concerns expressed by each side, they boiled down to two main factions, with a list of common talking points among each speaker.

Opponents of the proposal decried the potential for further traffic problems in the area, saying the streets are overloaded with cars already and that further precautionary items, like the two proposed traffic lights, would hobble the flow of traffic further. In a more general sense, they felt that adding a bike lane was catering to the minority, bikers and pedestrians, at the expense of the majority (car drivers who use the bridge). The safety concerns that advocates have argued demand a change have been exaggerated, residents against the change further stated. They also lodged complaints that the proposal's process, to this point, has been conducted without a sufficient amount of public input or notification. One woman also wondered aloud about the impact on emergency response vehicles' ability to navigate the area if traffic was to increase at certain times of day.

Advocates, on the other hand, argued that the loss of a few minutes spent with engines idled in traffic is a small price to pay to ensure the safety of bikers and pedestrians alike, some of whom are local high school students or children of neighborhood residents. To counter the majority/minority points of detractors of the proposal, supporters indicated the only reason more people don't utilize bikes or walk in the area is because of the aforementioned safety concerns. David Warden, a member of the Board, perhaps put it best when he borrowed a phrase from Field of Dreams: "In my experience, if you build it, they will come." People also spoke of the beneficial environmental impacts that placing less emphasis on automobiles could have.

Supporters of the project did outnumber its opponents, though both sides seemed steadfast in their positions. The debate has apparently been brewing for several weeks over the West Hill neighborhood email lists, responses flying back and forth between neighbors debating the best way to address future transportation concerns.

Mike Cassell, a West Hill resident, argued against the bike lane, saying the safety issues for pedestrians and bikers are overstated by proponents of the proposal, and that further clogging the area should be avoided. Moreover, he highlighted the blindsided sentiment many other opponents echoed.

A local taxi driver who said he drives through West Hill daily, said from his experience the eastbound traffic towards downtown was normally finely suited by the current road arrangement, and that any extra strain placed upon the existing roadway by a bike lane would be outweighed by the benefits to the community as a whole, connecting it more easily to downtown and other local hubs that are currently difficult to access without a vehicle.

The two Common Council members who represent the district, Cynthia Brock and George McGonigal, each came out in support of parts of the project, though more specifically they both said there were parts they disliked and trumpeted the possibility of a compromise between the two alternative plans. Fellow Alderperson Ducson Nguyen told a story of being involved in a bike accident in the area. While he was sorry that incident had colored people's opinions of the site's bike friendliness, he said it provided at least anecdotal evidence of some of the safety concerns.

"We need a major cultural shift in our transportation thinking," Nguyen said. "And part of that is building infrastructure."

For their part, BPW members sat silently listening to about 90 minutes of feedback from the public, all respectfully delivered despite the obvious tension in the room. City Engineer Tim Logue said he would be providing a comprehensive written response to the multitude of comments at some point before the next BPW discussion of the project on October 23. After prompting from the crowd, Mayor Svante Myrick stated that while it's possible BPW would reverse course and reconsider the two possible choices again, he added that it was unlikely.