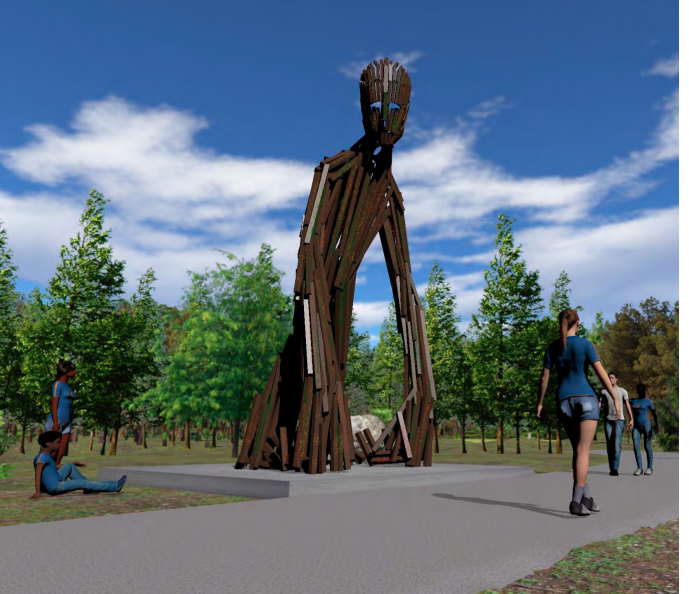 The Tompkins Giant sculpture would overlook the Inlet. 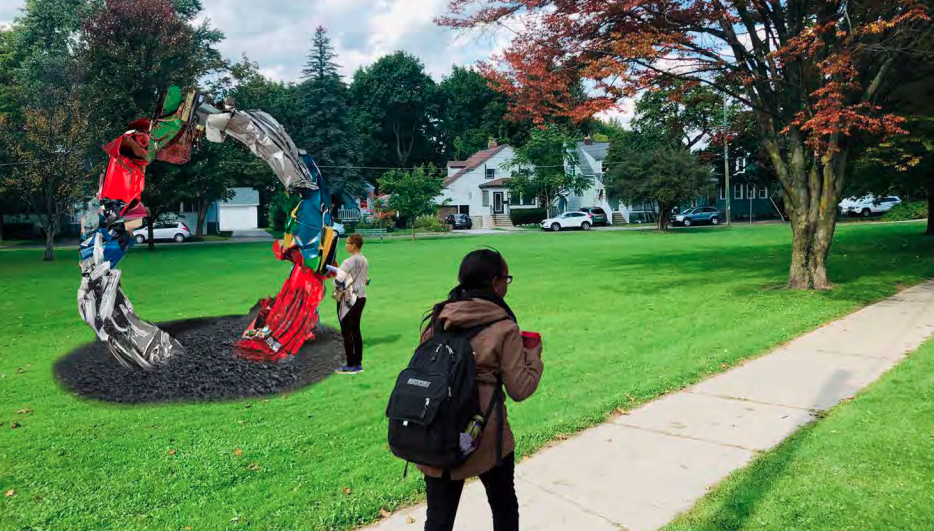 The City of Ithaca’s Common Council voted to allow the sculpture Anthropocene to be built in Baker Park with a vote of 6-3. However, the other proposed sculpture, Tompkins Giant No. 1 (pictured above) failed to pass council after a vote of 5-4, with Alderperson Stephen Smith absent from the meeting.

Both sculptures have been met with a mix of love and hate. For Anthropocene, many resident’s comments have been about how the sculpture doesn’t seem to fit in its selected location, Baker Park. Some members of the Council suggested to table the vote until the next meeting in February to allow the Planning Department staff enough time to find an alternate site for it. Regardless, it did eventually pass.

As for Tompkins Giant No. 1 sculpture, comments from the Council were a mix between what it looked like and its location of Cass Park. Alderperson George McGonigal found the sculpture was more of a bastardization of the legendary Taughannock Giant hoax and seems to be in a poor location. Conversely, Mayor Svante Myrick found the sculpture to be an appropriate size (about 20 feet high, 12 feet wide) for its location.

Also at last night's meeting, Myrick was sworn into his third term in office which began with him swearing in Alderpersons George McGonigal (First Ward), Ducson Nguyen (Second Ward), Rob Gearhart (Third Ward), and Laura Lewis (Fifth Ward). Mayor Myrick also delivered his State of the City address, saying he will be renewing his and the city government’s commitment to making Ithaca a place residents want to call home.

If the park has to have a focal point, how about a patch of interesting landscaping with trees and rocks?

Greetings. The metal man is hideous enough, glad it failed. But the other one is far worse, looks like something cobbled together from pieces of car wrecks. I suppose it's a statement of some sort, but it that what we need? Humans=trash?