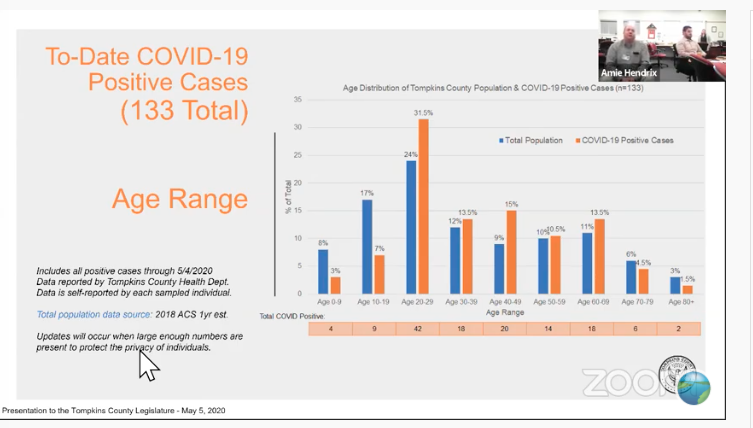 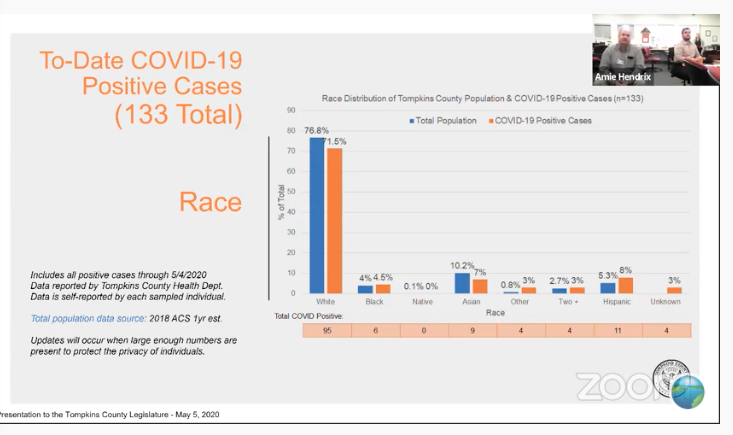 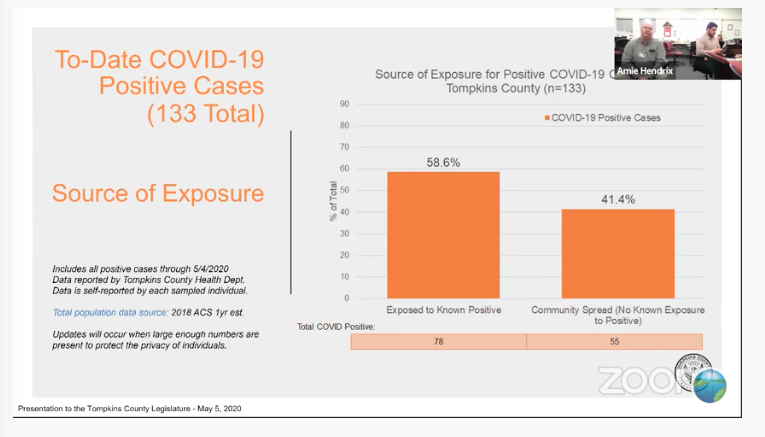 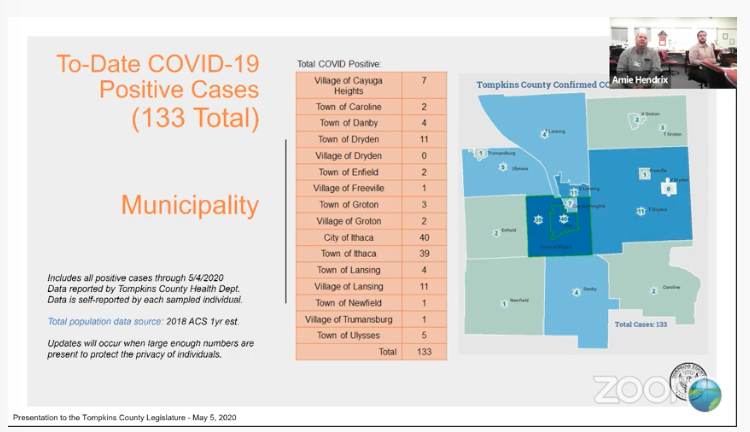 The charts show some surprising information, like that the most at risk group for infection so far has been ages 20-29 -- representing the highest percentage of the population in Tompkins County, but still overrepresented with 31.5 percent of the total positive tests, or 42 of the 133 total positive cases. It's far and away the highest number, more than double the next closest, which is people between the age of 40-49.

Equally lucky is that the elderly population in the county haven't been disproportionately affected, as it has long been the narrative that people over 60 years old stood a greater risk of COVID-19 being lethal. However, Kruppa did note that there's currently a large-scale testing effort going on at local nursing homes, and when they are returned those numbers could change.

There have been concerns elsewhere about racial minorities, particularly black people, suffering higher positive test rates and subsequent fatality rates, though that does not appear to be the case in Tompkins County (and, again, there has still not been a COVID-19 related fatality among local residents).

In terms of geography, the densest areas showed the highest COVID-19 incidence rate, which Kruppa said made sense when considering the ways the disease is spread. The City and Town of Ithaca accounted for 40 and 39 positive tests, respectively, easily the most in the county. Otherwise, the Village of Lansing and the Town of Dryden both followed behind with 11, then the Village of Cayuga Heights with 7. All other county municipalities have had under five confirmed cases; the Village of Dryden is the only one that has remained completely untouched by the disease.

How great is it to see that our county does not have the infection rates among African Americans and other people of color that NYC and other areas have -- I think we have to thank some great community leaders and organizations for this heartening difference, as well as the community as a whole.

Last but not least, the spike in 40-49 year olds who have tested positive is worrying -- looks like this group (which includes me) and 20-29 year olds need to be more careful.