It was spring 2014, late in the application process for the Peace Corps. It had been just under a year since she first applied, her materials had been reviewed and feedback returned, and though Castle didn’t know exactly where she’d be going, she was hoping to be a Spanish tutor, eyeing an assignment to a Latin American country.

She was even walking on the way to her senior year Spanish language class at San Diego State University when she was notified.

At that moment she received the email she’d been anxiously awaiting. Her assignment: a university in the Sichuan Province in China.

“When I got the email, I didn’t even know the Peace Corps was in China,” Castle said. “So I was nervous, terrified, excited. [...] I had learned my numbers before going, but I couldn’t speak any Chinese, so it was definitely scary.” 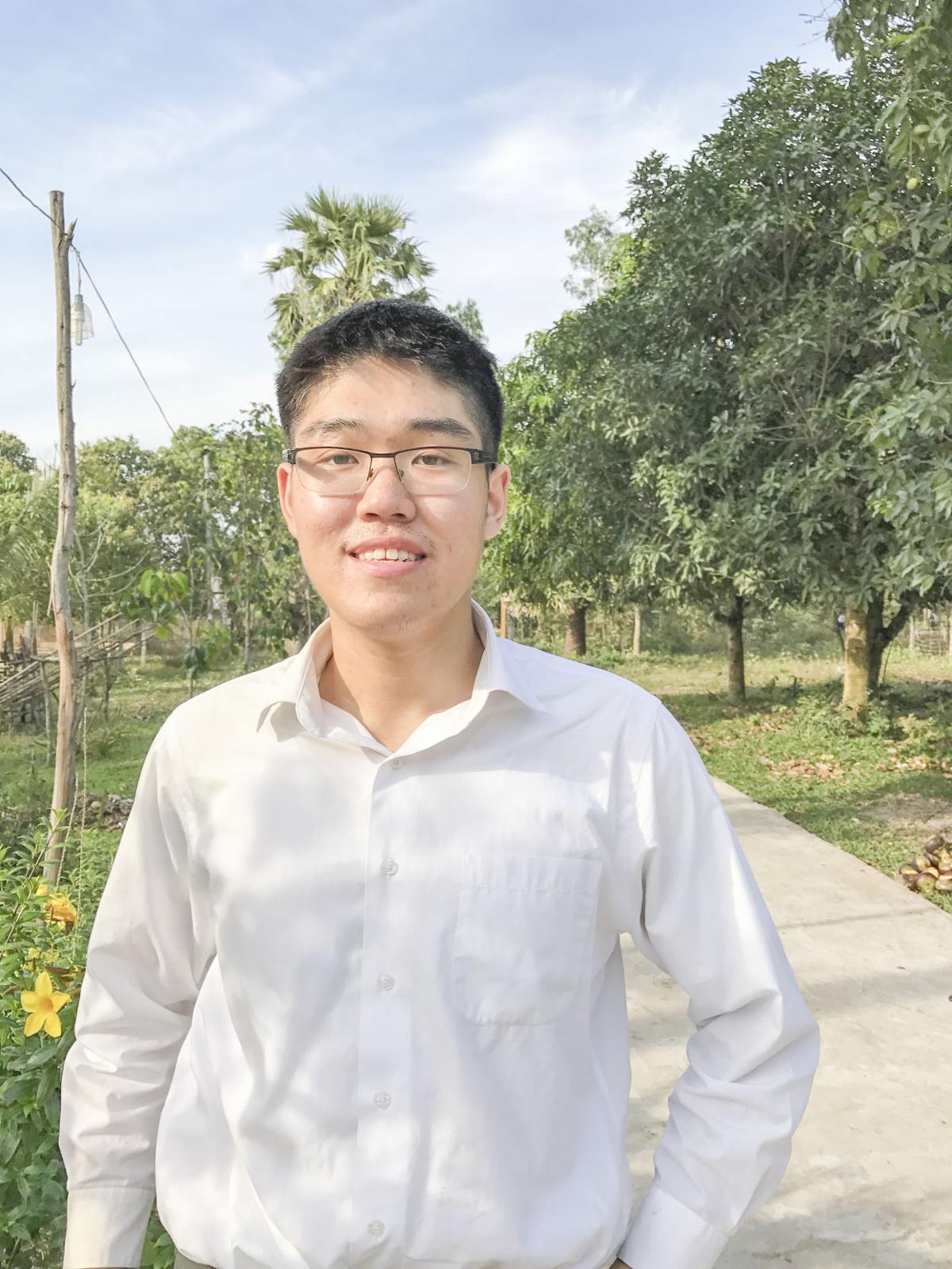 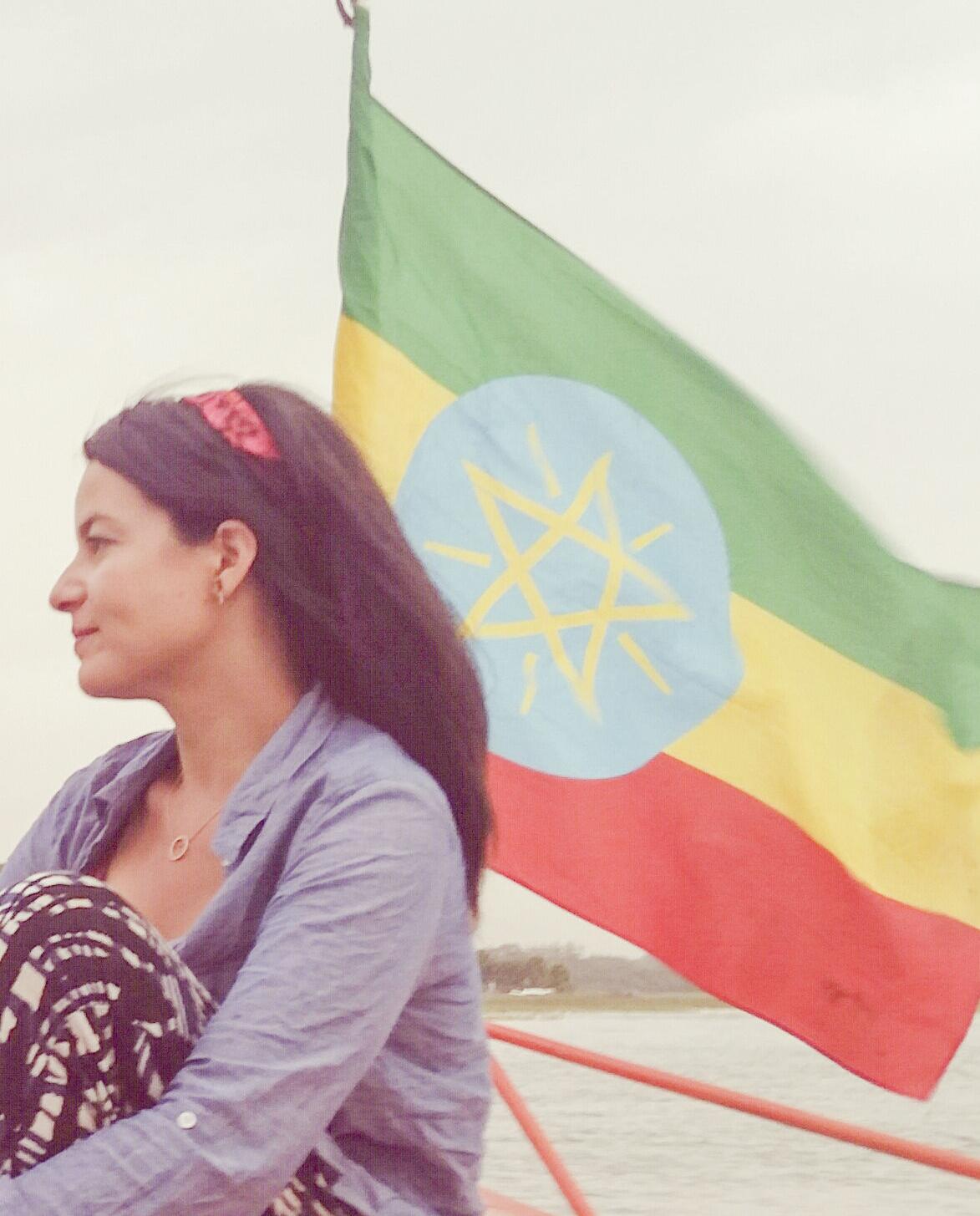 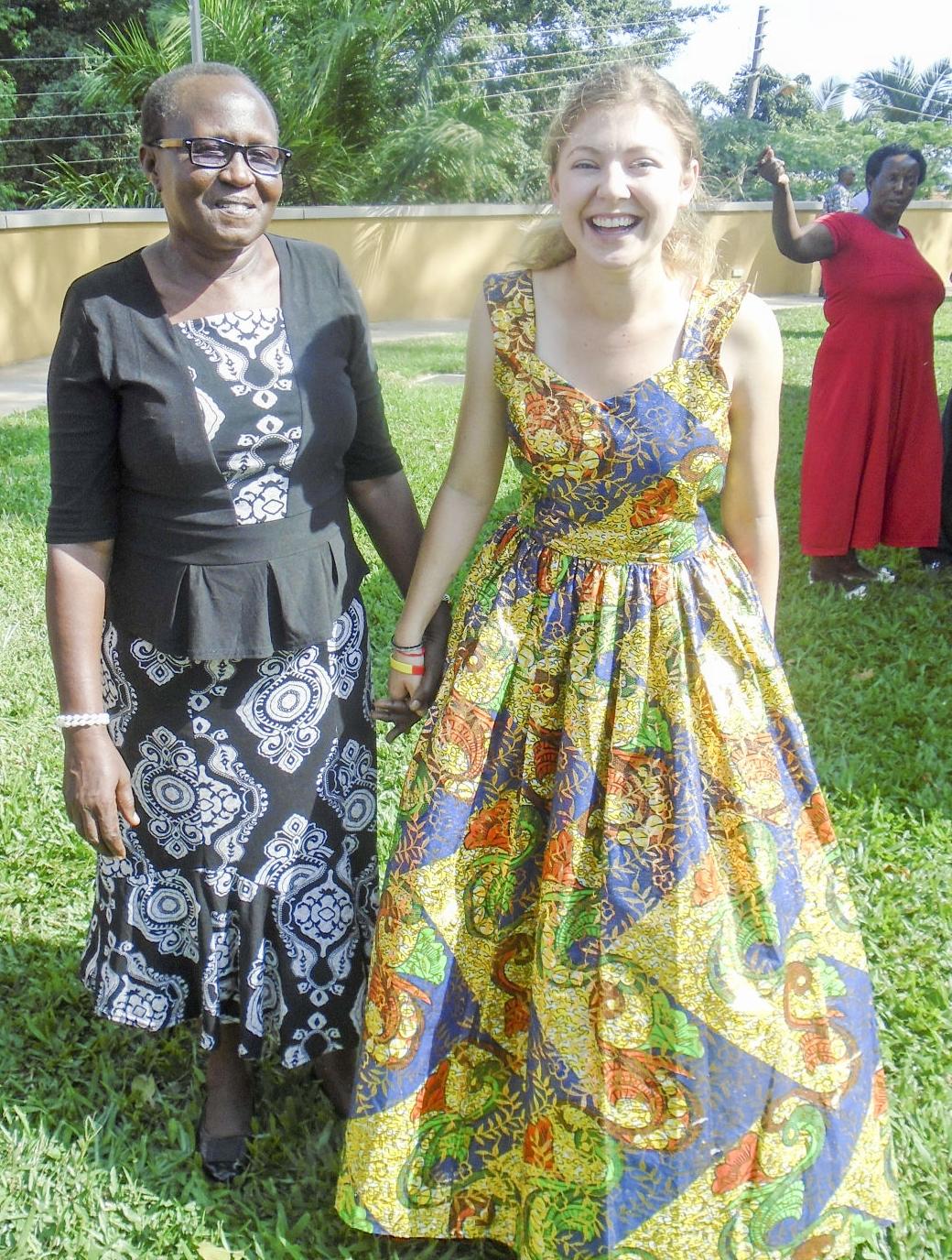 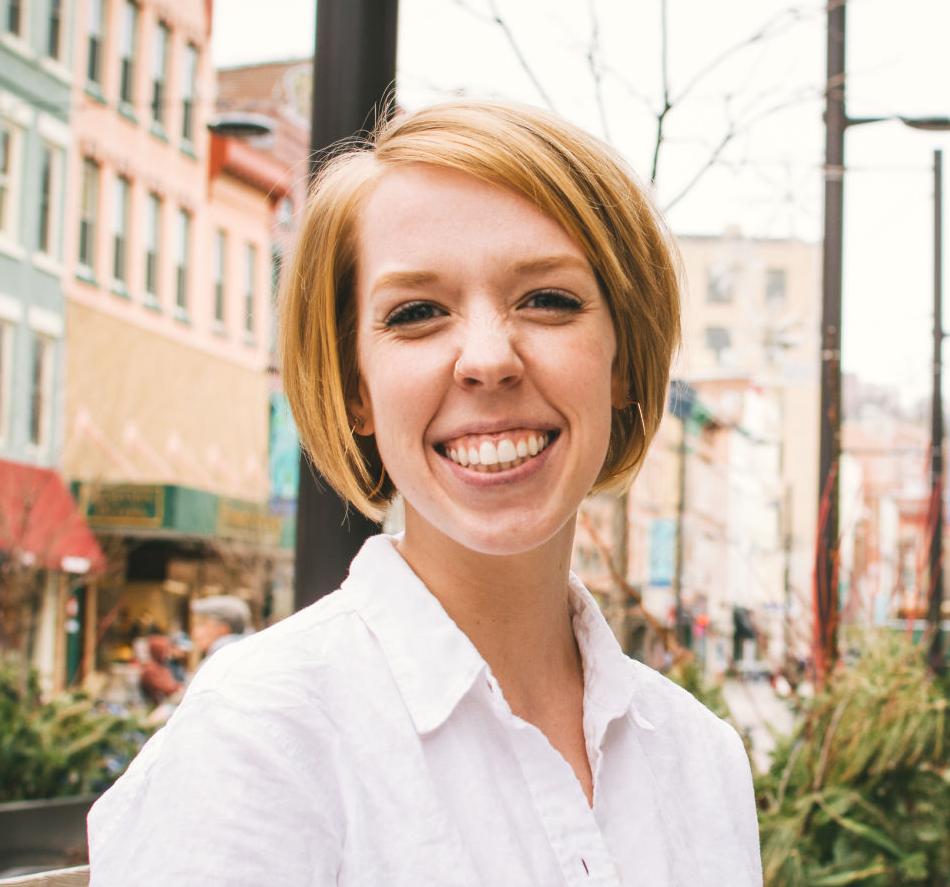 Although her nerves remained, it turned out well for Castle; she enjoyed her time and was safe abroad, and found the progress she made with her verbal English tutoring students to be satisfying and rewarding. She’s one of many Ithacans who have participated in the Peace Corps, which has an unusually strong presence in the city.

It was announced in December that Ithaca ranks No. 3 among metropolitan areas for the highest number of Peace Corps volunteers per capita, with 9.8 volunteers per 100,000 residents, trailing only Missoula, Montana and Charlottesville, Virginia. The Peace Corps has long been a staple in the Ithaca community, fueled in part by the presence of Cornell University, Ithaca College and Tompkins Cortland Community College providing a steady supply of ambitious students eager and willing to make a difference in a variety of ways.

Cornell has also just been announced as the No. 21 Top Volunteer-Producing Colleges and Universities list among schools with between 5,000 and 15,000 undergraduate students. As of 2018, there are currently 16 Cornell students involved with the Peace Corps and, according to the organization, 1,678 Cornell alumni have participated since the Peace Corps’ inception – 400 more than the next closest Ivy League school, Harvard University. Throughout the last decade, as Ithaca has stayed high in the overall community Peace Corps participation rankings, Cornell has been in the top 25 among colleges its size as well.

The Peace Corps was originally started in 1961, an initiative of then-President John F. Kennedy. The idea had been rumored around Congress when Kennedy picked it up as a campaign issue and eventually signed an Executive Order establishing the program, and further making it permanent later that same year. The program was immediately popular, drawing thousands of volunteers in its first few years working toward a stated mission to promote world peace and friendship.

In addition to Ithaca’s association, Cornell’s deep connections to the Peace Corps can be traced back to its origins: Congressman Richard Ottinger, who represented New York’s 20th Congressional District in the 1960s and 1970s, was an active 1951 Cornell alumnus. When Kennedy signed the Peace Corps into existence, Ottinger, a lawyer at the time, helped establish it and served as its second staff member, overseeing program direction for the western coast of South America until he was elected to Congress in 1964, inspired to public service by his involvement with the Peace Corps.

With Ithaca and Cornell especially supplying the Peace Corps with so much talent, it’s fair to ask what benefits, if any, the city reaps in return after the volunteers are finished with their service. According to volunteers both current and former, the individually positive experiences that they all have had may not combine into something spectacular, per se, but the subtle differences in their lives and attitudes do have an impact in the community, especially when added together over the total number of former volunteers here and those soon to return to Ithaca.

What someone brings back from the Peace Corps can vary widely, dependent on the circumstances in which they are placed and their experiences thereafter. The assignments can be two years or longer if chosen, so there are bound to be both highs and lows throughout – similar to the mix of excitement and apprehension Castle first felt when she received her invitation. She ended up stationed at Yibin University teaching college-aged Chinese students, and nearly had to cut her stay short due to illness after she was struck with a bacterial blood infection initially misdiagnosed as malaria.

Beyond that, she battled feelings of loneliness and isolation, common for someone in a foreign land without even a working knowledge of the language at first, and at times she said she wished she had been assigned someplace where she could have gained a more intimate connection with the community instead of the more static setting of a large university. Even when she had spent two years there and her time in China was coming to an end, she’d occasionally hear a “laowai” tossed her way in the street, the Mandarin slang for “foreigner.”

Christopher Harris, who spent three years in South Africa, echoed that sentiment; he spent his first two years in a remote village and an additional one year at a science center organizing community programs designed to encourage women’s rights, and said the first two years were the best of his life. He was not immune from the lows either: Harris also became seriously ill at one point, suffering through a two-week bout of food poisoning. He said the impact the trip had on him, and by extension the community, is giving the real-life experience that’s impossible to get in a college classroom in Ithaca, even though unfulfilling imitations are certainly available in abundance.

“A deeper understanding of problems on the ground, the things that people actually care about are not always things that you can read about in academic studies and papers,” Harris said. “And you build some resilience and grit when you’re living in a community away from your own culture and everything you’ve ever known, sometimes you’re forced to really get to know yourself and build characteristics that are valuable in other pursuits as well.”

One theme that seems to reoccur with the volunteers is that the trials they faced during their time abroad never overpowered the accomplishments they feel they made, and some might even say the problems made the whole experience more rewarding. Castle speaks glowingly of her time abroad, despite her issues, and of the opportunity the Peace Corps allotted her.

With her own personal battles overseas informing how she can help her international friends who are here now, Castle said she learned empathy while there and has been able to use that since returning to the US and coming to Cornell. Knowing at least a taste of what international students are going through is invaluable, especially in a community that claims to value tolerance and diversity so highly, and also does have a sizable international community here for education. It’s helped her connect in large ways and small – for instance, one friend, for whom English is a third language, hates ordering food on the phone because of the language barrier, something Castle grappled with as well in China.

“Because of Cornell and Ithaca College, we have so many people living in Ithaca, in this little town in New York, from all over the world, which can be super daunting,” she said. “Probably in some ways even more so than New York City because you can’t do things like go get your native food [...] I work as a tutor in the English Language Support Office, and a large portion of the students are Chinese, and it helps immensely with that.”

Joseph Woo and Saba Alemayehu are both recent Cornell graduates and Ithaca residents who are currently abroad, Woo in Cambodia as an education volunteer working to improve English education curricula and Alemayehu as an environmental extension volunteer, with a focus on sustainable agricultural practices, in Ethiopia though she is also working on menstrual hygiene management in the school in her community.

They were unable to comment directly for this story due to a lack of internet access in their respective locations, but provided pre-prepared statements that outlined their desires to affect some type of change where they are. Obviously, it’s unknown how their experiences will translate back to Ithaca once they return, but Alemayehu expressed her compassion for the area, and how sad she was that her time there was ending (she’s due to leave in the coming months), and Woo spoke about his desire to introduce a culture of reading with a reformation of English language curriculum and teaching technique that would have a positive influence.

“My main responsibility in the community is to improve the English teaching methodology of the English teachers in the local high school,” he wrote, noting that with the curriculum’s stern adherence to grammar, students tend to fear learning English instead of embracing it. “This rigidity causes students to fear English, ironically limiting their verbal proficiency. I’m working with my counterparts to allow some freedom within the curriculum.“

Nobody seems quite able to pinpoint a specific reason or explanation for how the Peace Corps has established, and held, such a strong foundation in Ithaca for so long. Castle and Harris both said now that the cycle is in place it becomes a self-fulfilling prophecy of sorts: there are up and down years with more or less volunteers, but the overall community at Cornell in particular can attract those who have left the service and are pursuing graduate degrees, which creates a network. Harris said stories detailing Peace Corps deployments are usually very positive, and that encourages people to get involved as well; there’s also a volunteer recruiter at the university, who Castle said also plays a significant role in orchestrating that network of former volunteers on campus. Additionally, Castle said the recently introduced Coverdell Fellowship program at the school provides scholarships for Peace Corps students enrolled in certain academic programs at Cornell.

Generally speaking, the Peace Corps has made an effort in recent years to attract more people to apply, after a dip in the last few years in some application demographics that included Cornell, though overall application numbers remained steady. Volunteers now have more choice in where their assignment is, as opposed to often having nearly no agency in the location process just a few years ago. The application process takes closer to six months than the year it did when Castle applied, and new partnerships like the Coverdell Fellowship, which Castle said is worth at least $8,000 per year in tuition for students in the Cornell Institute for Public Affairs, could attract new students or reinvigorate students or recent graduates who might have been without the means to participate.

Current volunteer Laura Bach, now serving in Uganda, floated the theory that Cornell’s international population and the student demographic that is attracted to the Ivy League school both contribute to its strong Peace Corps population. If she’s right, Cornell is the perfect breeding ground for a new wave of Peace Corps volunteers and a stable spot as one of the country’s most popular areas for participation for the foreseeable future. If she’s not, the school could fall off the top 25 list for the first time in recent memory, and Ithaca’s standing would in turn take a significant hit as well.

“Cornell is a large school with a fairly diverse, international, student population, and works to inspire students to think globally,” she said. “I think the type of student drawn to Cornell, and the university’s commitment to broadening horizons leads to a high number of Peace Corps volunteers.”