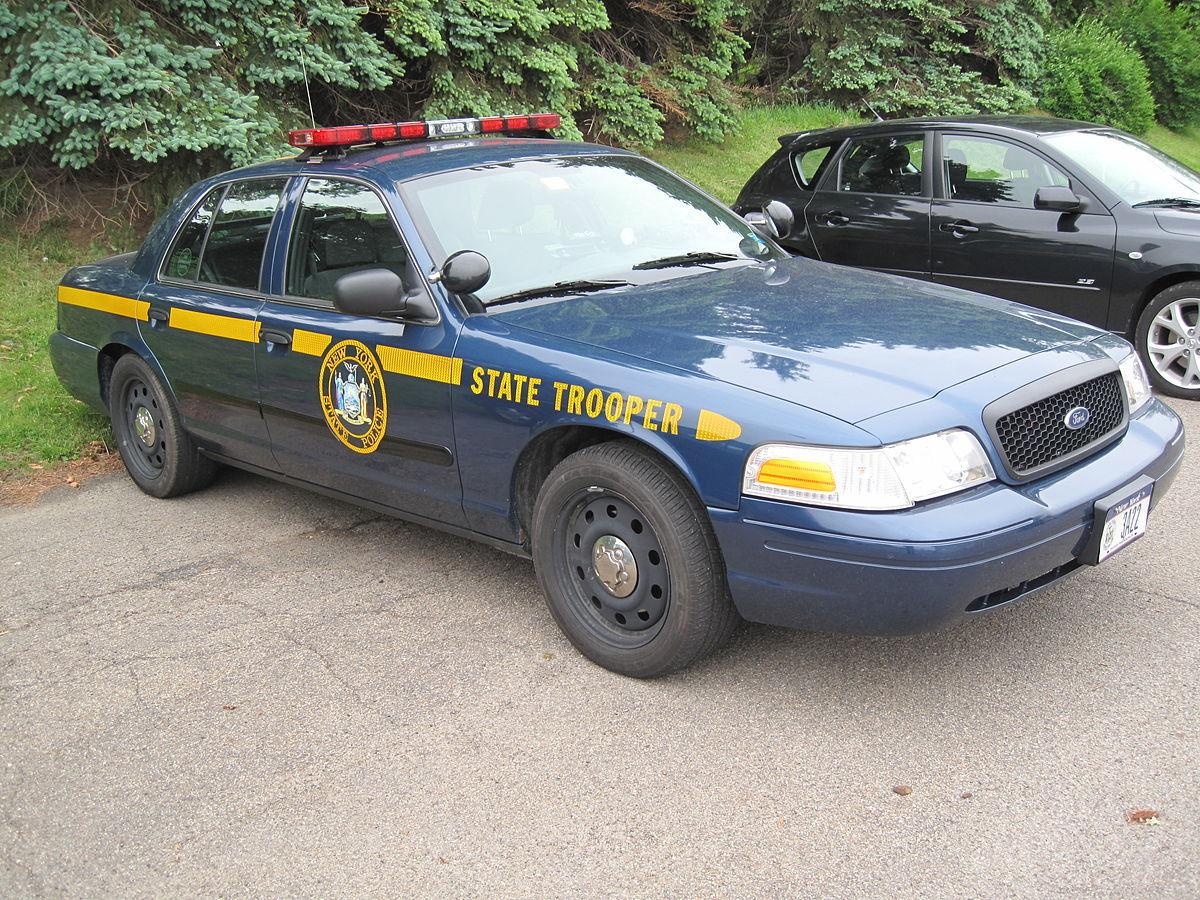 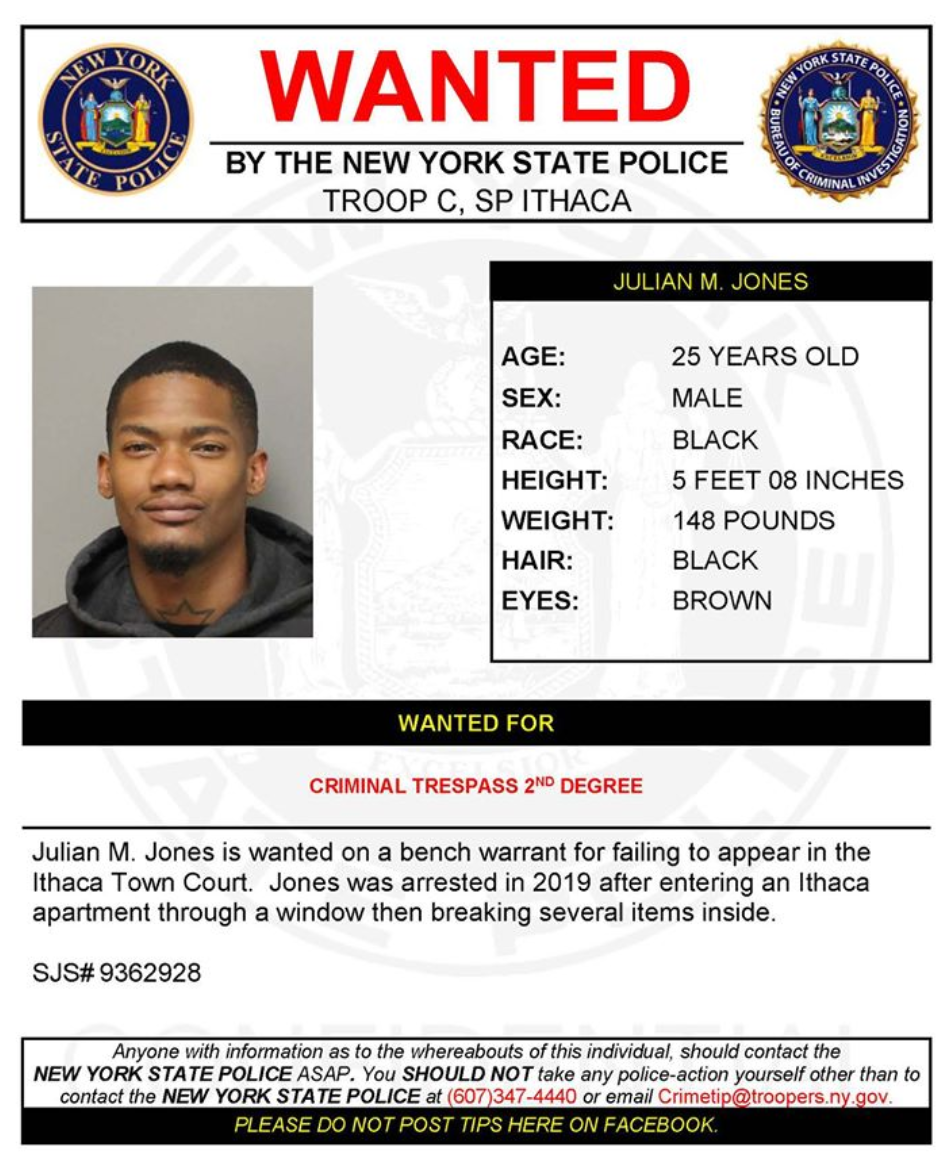 New York State Police in Ithaca are searching for Julian Jones. He's wanted for criminal trespassing after failing to appear in Ithaca Town Court following a 2019 arrest for allegedly entering an  apartment through a window then breaking several items inside in Ithaca. He has been described as a 25-year-old male who's 5’8, weighing 148 lbs with black hair and brown eyes.

Anyone with information regarding Jones’ whereabouts is encouraged to contact the New York State Police at (607) 347–4440 or email crimetip@troopers.ny.gov.