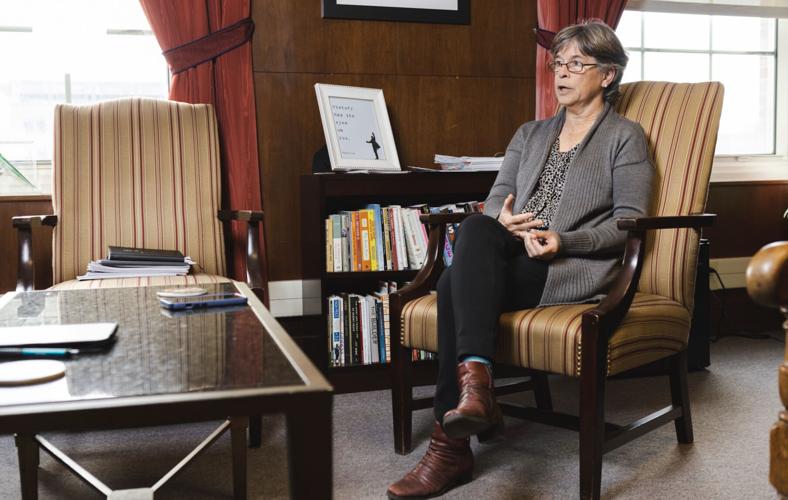 Ithaca Mayor-Elect Laura Lewis sits down for an interview with The Ithaca Times. 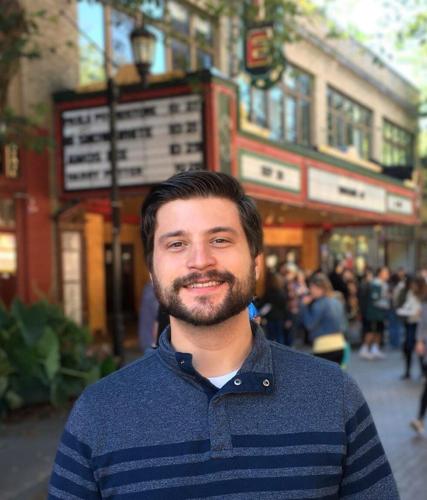 Ithaca Mayor-Elect Laura Lewis sits down for an interview with The Ithaca Times.

In the first City of Ithaca Common Council meeting of 2023, Mayor Laura Lewis highlighted accomplishments from the previous year, outlined goals for the coming year, and announced that she would not be running for re-election when her term expires at the end of 2023.

Looking back at the year prior, Mayor Lewis said some highlights of 2022 included the city's launch of Electrify Ithaca and the establishment of a community choice aggregation program, GIAC securing $2.5 million in Federal, state and local funding for a new recreation facility, and the completion of the Founders Way affordable housing project.

Additional accomplishments include the launch of Ithaca Bikeshare, authorizing another transportation agreement with TCAT, and coming to an agreement with the county for funding the Community Justice Center for another year.

Despite the accomplishments from the year prior, the upcoming year is expected to be busy as the structure of government within the city is going through a major overhaul.

According to Mayor Lewis, “2023 will be a year of incredible transition,” since all ten seats on the Common Council plus the term for Mayor are set to expire at the end of the year.

Additionally, Mayor Lewis said that city priorities for the upcoming year include “recruiting and hiring additional police officers and firefighters to plan for vacancies created by retirements.”

The Mayor has also stressed the importance of finding a permanent Chief at the Police and Fire Departments — along with conducting a search and hiring someone to become the first City Manager.

According to Mayor Lewis, the passage of the public referendum to create the position of City Manager “ensures that we will expend considerable effort on transitioning to a new form of city government with a Council-Mayor structure.”

Chief of Staff Deb Mohlenhoff will focus her attention on preparing for the shift to a Council-Mayor structure, and the transition will not be complete until January 2024.

Mayor Lewis also said that she looks forward to the “forthcoming recommendations” from the Reimagining Public Safety working group and the working group that’s considering responses to Unsanctioned Encampments within the city. In addition, she hopes that the city will work towards reaching fair labor contracts with public sector labor unions.

Near the end of her State of the City address Mayor Lewis said, “I am announcing tonight that I will not be seeking re election to the position of mayor in 2024”

Before winning the Mayoral election in November 2022, Mayor Lewis was appointed to the position of Acting Mayor when former Mayor Svante Myrick stepped down from the position in January 2022 to take a full-time job as the Executive Director of People for the American Way.

Mayor Lewis continued saying, “For the past five years, it has been my privilege and continues to be my greatest honor to serve the city I love as a council member, and now as Mayor. I look forward to the many challenges and opportunities we will face together throughout 2023.”

When Mayor Lewis’ term expires at the end of 2023, the individual who is selected for the newly created position of City Manager will take over the administrative responsibilities previously carried out by the Mayor. The Mayor will see reduced responsibilities but retain a position on the Common Council.

On January 8, Alderperson Robert Gesualdo Cantelmo announced his bid for City of Ithaca Mayor at The Downstairs. Cantelmo leads the Democratic Threats and Resilience project at Cornell University and represents the Fifth Ward on Ithaca’s Common Council, which includes Fall Creek and Cornell Heights.