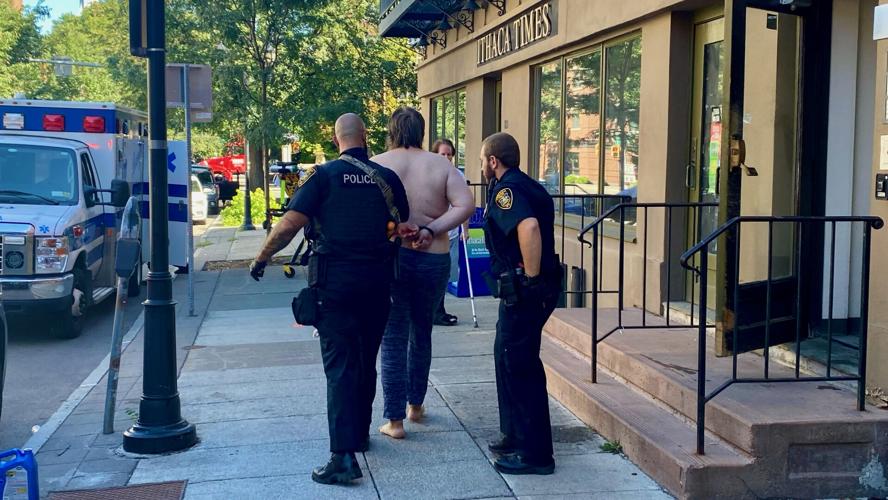 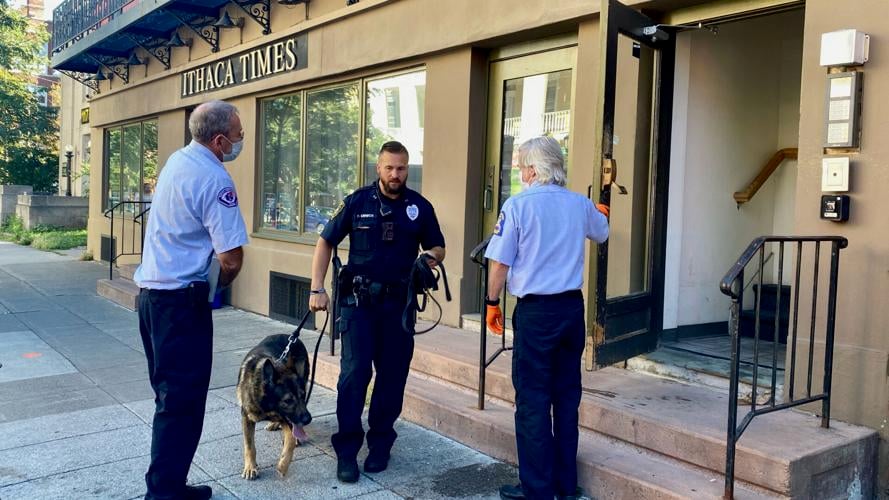 Around 9:30 a.m. on September 2, IPD responded to a mental health incident near the Ithaca Commons. Several officers, including a K9 unit, entered an apartment above the Ithaca Times building and proceeded to taze the subject multiple times.

Officers responding to the scene said they couldn’t provide specific information regarding any threats made by the subject because the investigation is still ongoing. However, IPD told The Ithaca Times that “there was a dispute on the Commons and the subject was considered a threat to harm himself or others.” As a result, officers transported the subject to the hospital to be given a mental health evaluation.

One of the subject's neighbors said that an incident occurred earlier this week where the subject kicked a woman's dog on the Commons.

Regarding claims by some onlookers of threats concerning explosive devices, IPD said, “there’s nothing like that. There’s no danger to anybody else at this point.”

A worker on the Commons who has interacted with the individual said, “he has mental health issues and he seemed to be getting a little more off this last week, but some days he’s just completely lucid and other days he’s totally in his own world and doesn’t know what’s going on around him at all.”

The witness continued saying that, “usually he’s quite harmless, I always go out of my way to say hi to him…I’m not afraid of him.”

I saw the dog - looked really amped up. Good thing they used the taser instead but mental hygiene law is scary the way they can just break down your door and take you to forced captivity and no legal rights in the hospital as you would have in prison so it's scary. I hope we can get a mental health advocate for these people even int he courts, they get mistreated. I hope this public display will bring attention to this matter and need for more humane mental health human rights. Thanks so much for your support and let's pray for this patient or defendant. It's sad.

Instead of getting a mental health professional to deal with this situation, they taze the individual multiple times. Smooth move, IPD! Do you do that just for fun?