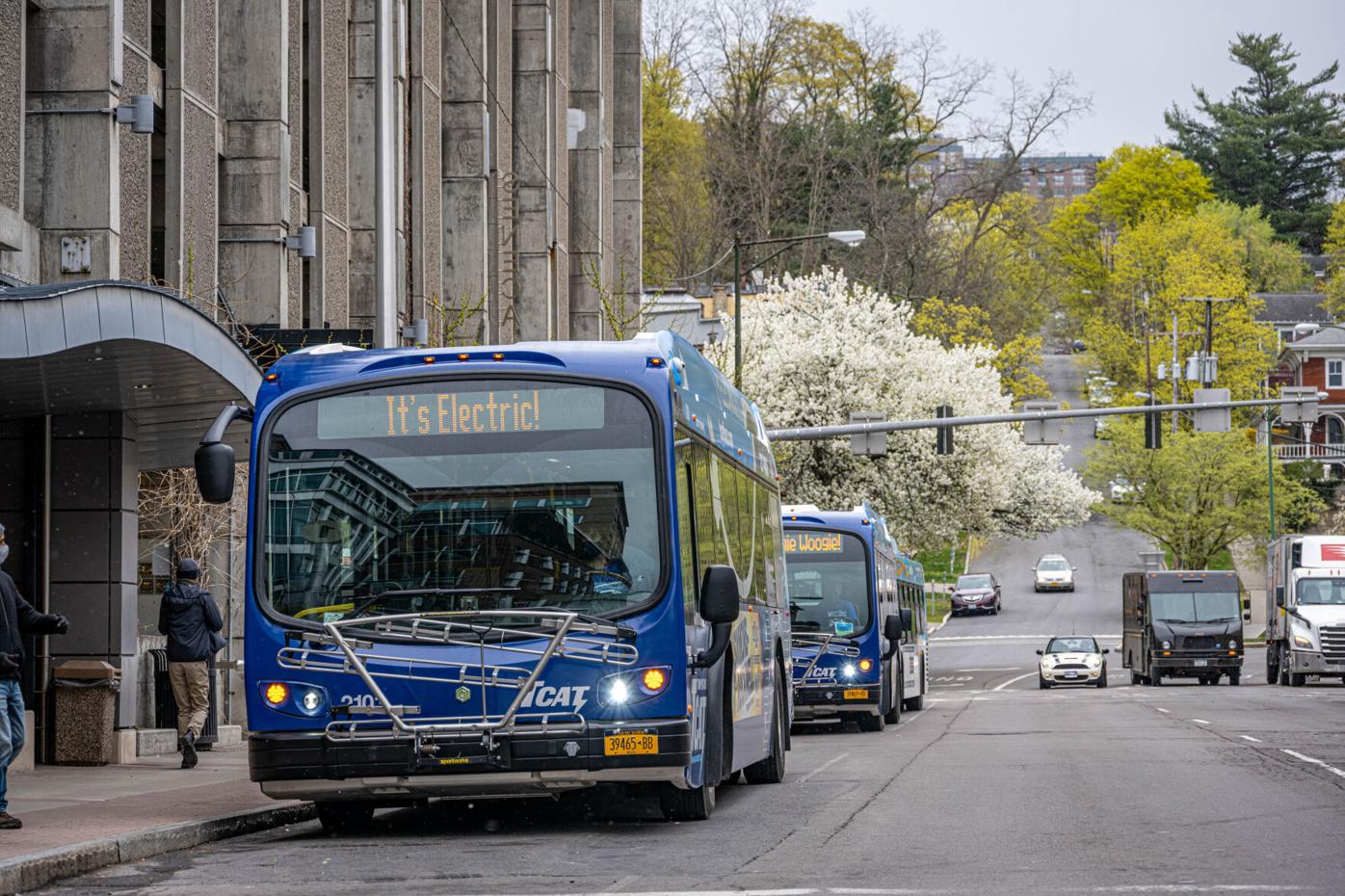 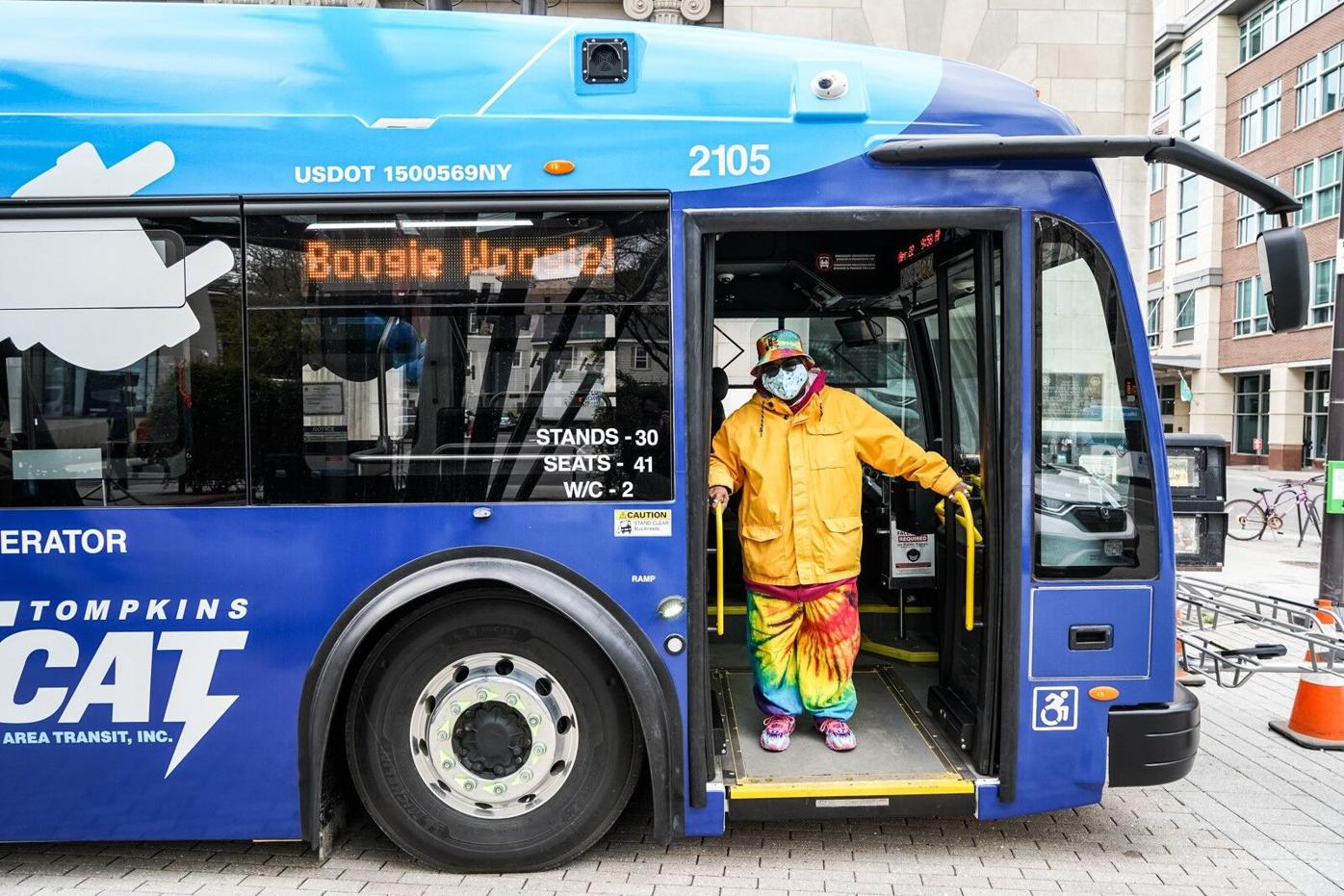 TCAT unveiled its first ever fleet of electric buses on Earth Day, with a ceremony out on the Commons. Last month, California-based Proterra delivered seven of their fifth-generation 40-foot ZX5+ buses to TCAT. The buses, estimated to cost about $1 million each, were funded by a variety of sources, including federal, state and local funders. Local funders include the city of Ithaca, Tompkins County and Cornell University.

Work to secure funding for the electric bus program began in 2017, after current TCAT General Manager Scot Vanderpool took over. TCAT expects to further offset costs through the federal Volkswagen settlement, and part of the funding was provided through the FTA Low-No Grant Program with the help of Senate Majority Leader Chuck Schumer.

“Earth Day is a fitting day for us to celebrate this important TCAT milestone and marks our community’s long-standing commitment toward lowering carbon emissions, and we have many people to thank for that,” Vanderpool said. “TCAT’s aim is to transform what is now a mostly diesel-powered fleet to all electric by 2035, and this day represents our first steps toward meeting that goal, thanks to the help of many of our stakeholders and supporters.

Vanderpool added that despite the bump in the road of 2020, TCAT is currently still on track to meet that goal.

“TCAT is proud to be doing our part in reducing the carbon footprint and benefitting generations to come,” he said.

The buses can carry up to 675 kWh of energy on board, and on a full charge can drive for a maximum of 329 miles. The MPGe peaks at 23.5, and the bus can hold 40 people in total. Spectators at the unveiling were offered free rides around the Commons to try out the new vehicles.

They cost 1 million dollars each? Wow... what a complete waste of taxpayer money. If the government really cared about reducing CO2 emissions, then those millions spent on a few busses could have purchased a lot more CO2 reduction in other ways. There is no free lunch. We will eventually pay dearly for those busses along with all other government profligacy, like the multi trillion dollar "covid relief" bills. Enjoy it while is lasts, and be ready for when it ends...

It still not worth it when the planet exhibits such uncontrollable weather in the near future that basic necessities you now enjoy are gone? Worth future lives? Hawaii is already the first state to declare a climate emergency, you better bet more to follow in the coming decade- anyway to reduce CO2 is worth our mutually agreed upon social contract- fake money.

New busses generally cost 250k-300k anyway. This is a fantastic investment and a great way to cut emissions, show our community's values, and inspire youth for generations to come.