You are the owner of this article.
Edit Article Add New Article
You have permission to edit this article.
Edit
Welcome, Guest
Home
NEWS
SPORTS
ENTERTAINMENT
CLASSIFIEDS
COVID-19
BEST OF ITHACA
SPECIAL SECTIONS 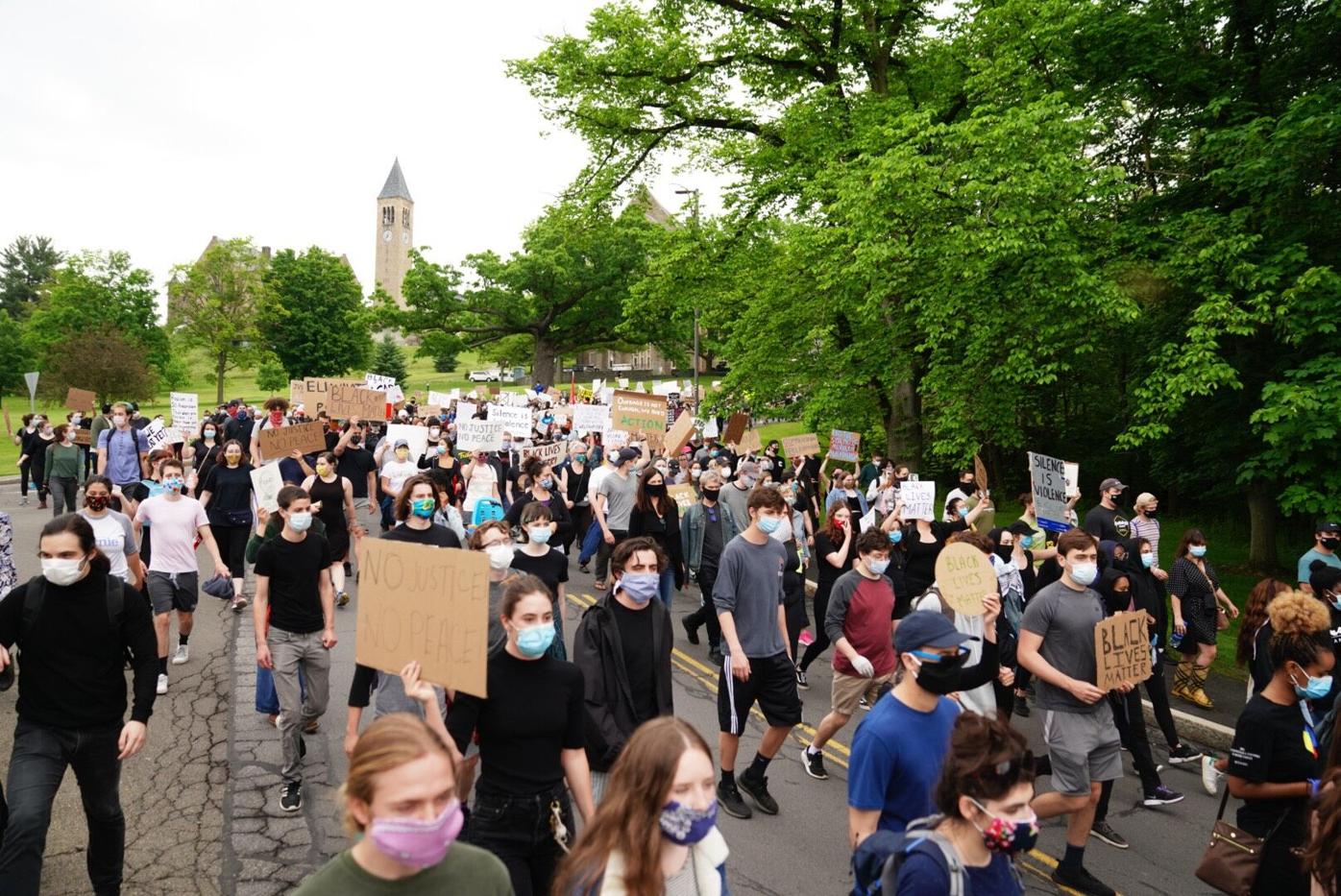 The crowd during a protest at Cornell University earlier this month. 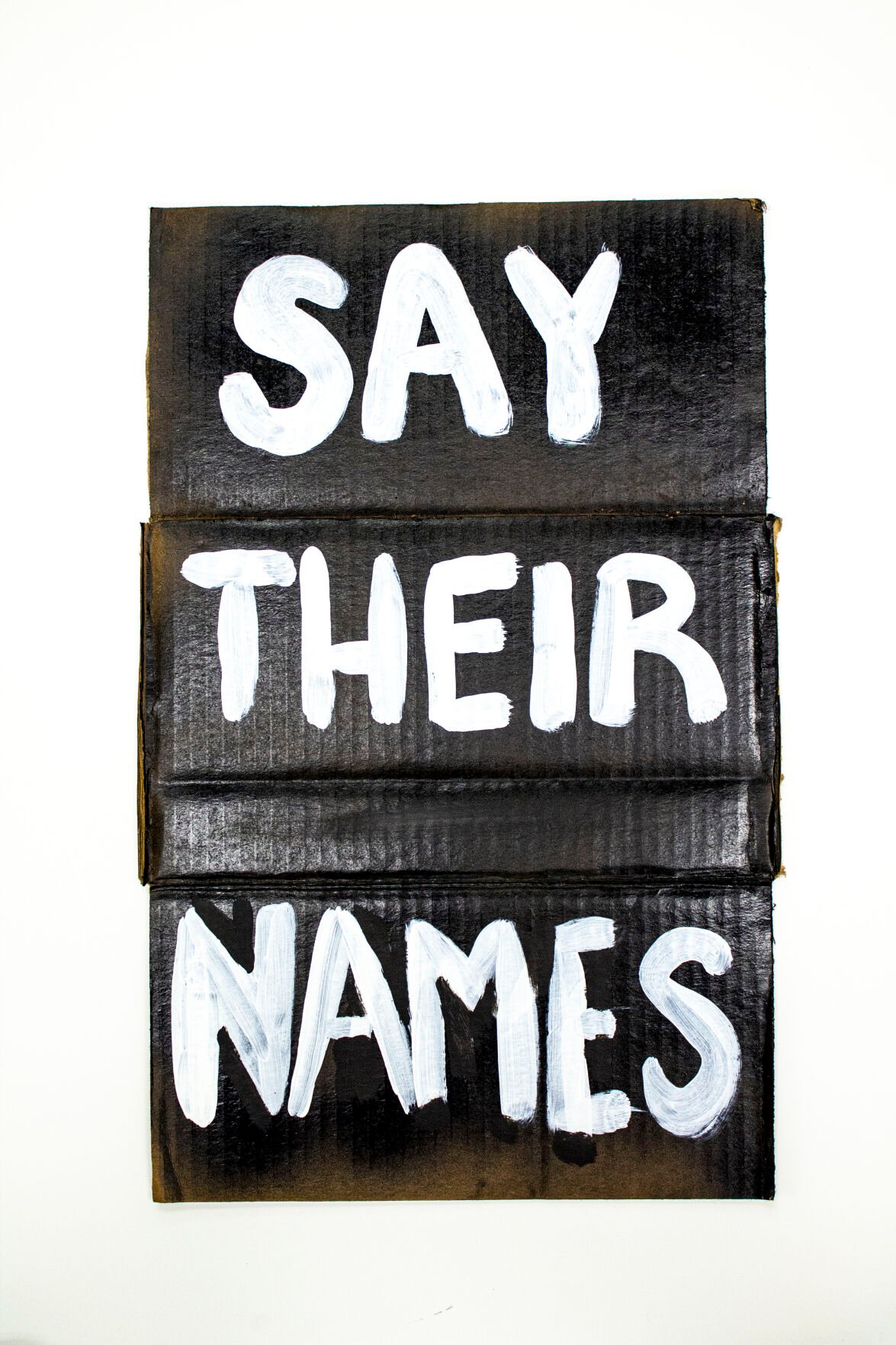 One of the signs that has already been donated to the History Center.

In an effort to proactively document the overall tumult of 2020, the History Center in Tompkins County has entered a new era of collection in which the center initiates donation calls in the midst of historic moments as opposed to waiting for the moments to conclude.

The new mentality began earlier this year as the coronavirus outbreak was unfolding, and the center, led by Director of Archives and Research Services Donna Eschenbrenner, wanted to be able to document the pandemic as it was impacting nearly every aspect of people’s lives locally and globally. They’ve now doubled down on the effort and have begun a call for items that commemorate the weeks of protests that have occurred over the last two months concerning racist police brutality after Minneapolis police killed George Floyd and set off a nationwide period of anger directed at law enforcement violence.

“We became sensitized to the idea of history in the making, responding to the moment, responding to an inflection point,” Eschenbrenner said. “We did that with the COVID pandemic; we tried very hard to reach out to the public in response to something that we saw happening in real time. So what we’re doing with the Black Lives Matter protest was exactly the same—we want to reach out to the public at the same time that things are actually happening in the community, and we’ve been very fortunate that people have actually been responding.”

Videos have made up much of what has been sent to the History Center so far, both of protests and homemade homages to the current period. There’s even been some crossover between the pandemic items and the protest items that have been donated.

“The protests themselves, the ones on the Commons, they’ve all been videotaped,” Eschenbrenner said. “I received a video from a gentleman who used to live here and recently moved but wanted to reach out because he’d heard that we were collecting and he created a protest song, so he sent me a video of that. We’ve received things like masks; there’s a group of young ladies who are protesting on behalf of George Floyd and other people who have been killed. They have created these Black Lives Matter masks, these COVID masks that we’re all wearing.”

The fact that there have been two periods of such historic significance just in the last few months is “mind-boggling” to Eschenbrenner, but it’s made their collecting efforts all the more important. Real-time collection is growing in popularity in the historic archiving industry, she said, and will be even more important in accurately documenting history going forward as disinformation from the top of the country down becomes more and more pervasive.

This is the first time the History Center has faced video donations on a large scale, but Eschenbrenner said they are able to accept and archive videos effectively now. People who donate items like photographs, videos, etc., can expect them to become part of a larger digital archive that will be used by the History Center to give some context to what was going on locally during such a turbulent time in the country—exhibits and programming that will be seen decades in the future to help the next generations understand.

“People are reaching out to the public saying ‘This is a transformative moment, tell us what you’re going through,’ and people are responding,” Eschenbrenner said. “I’m happy to receive whatever people want to give. Poetry, diaries, photographs, videos, as wide a net as people want to respond to.”