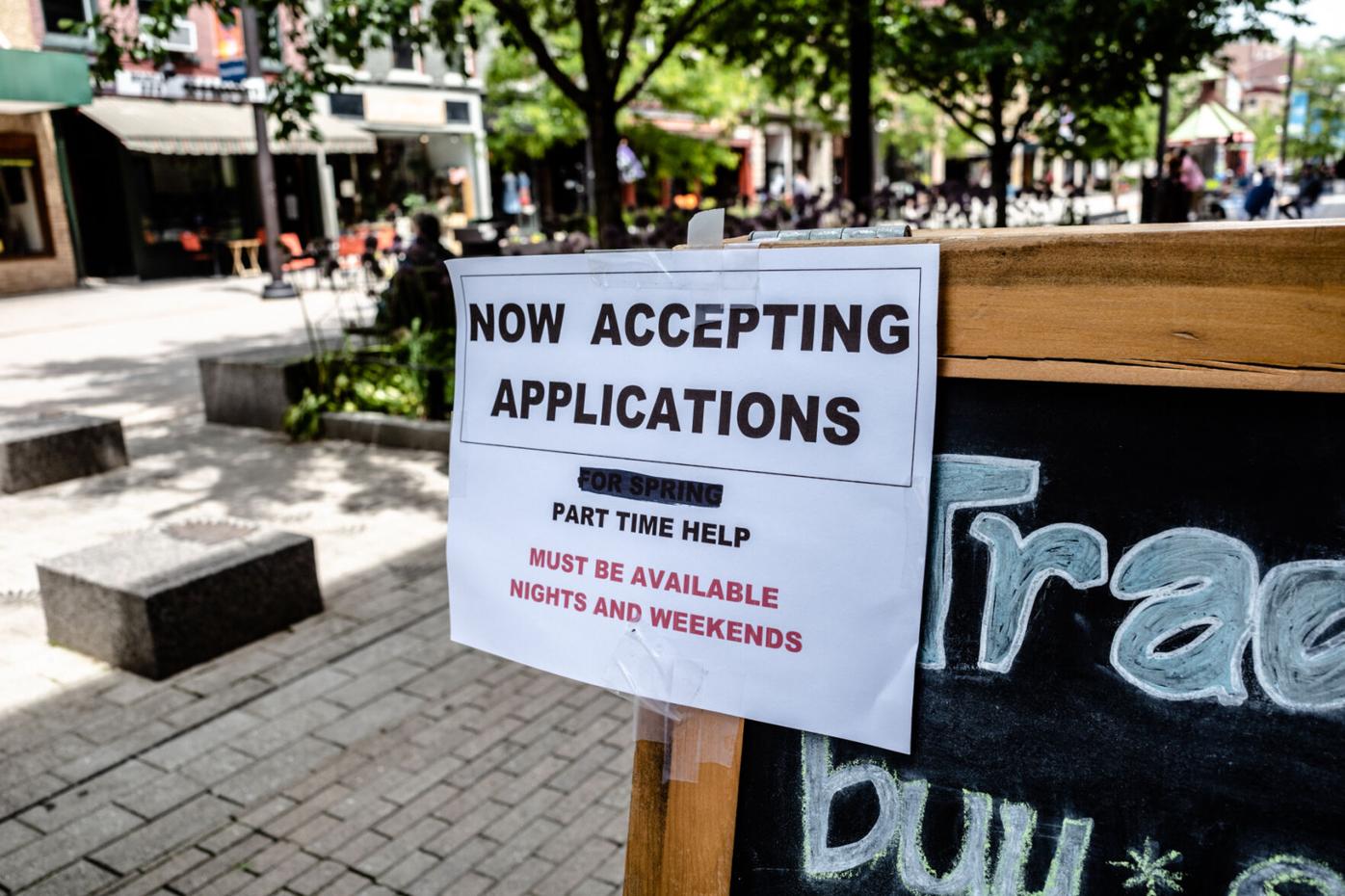 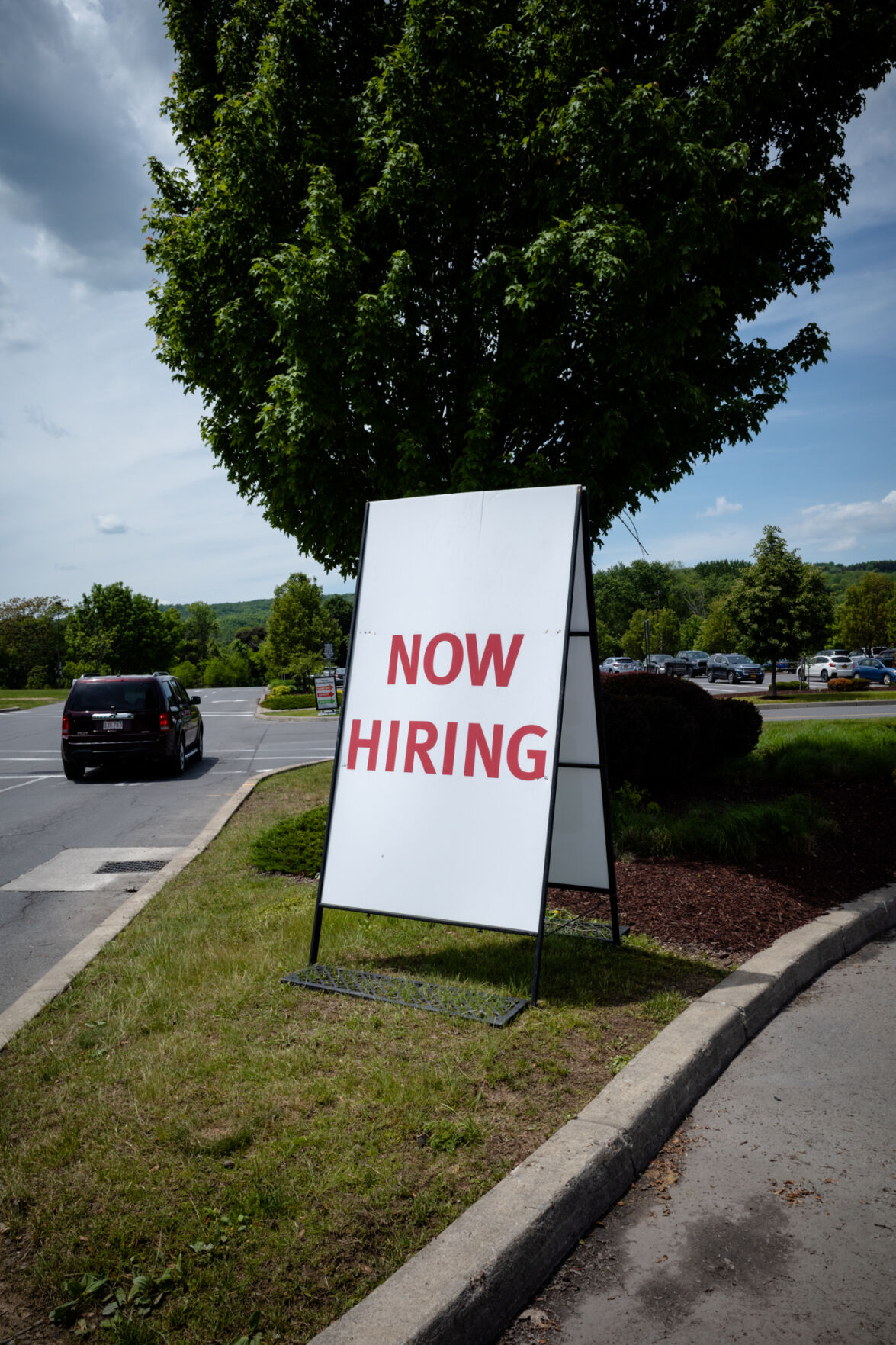 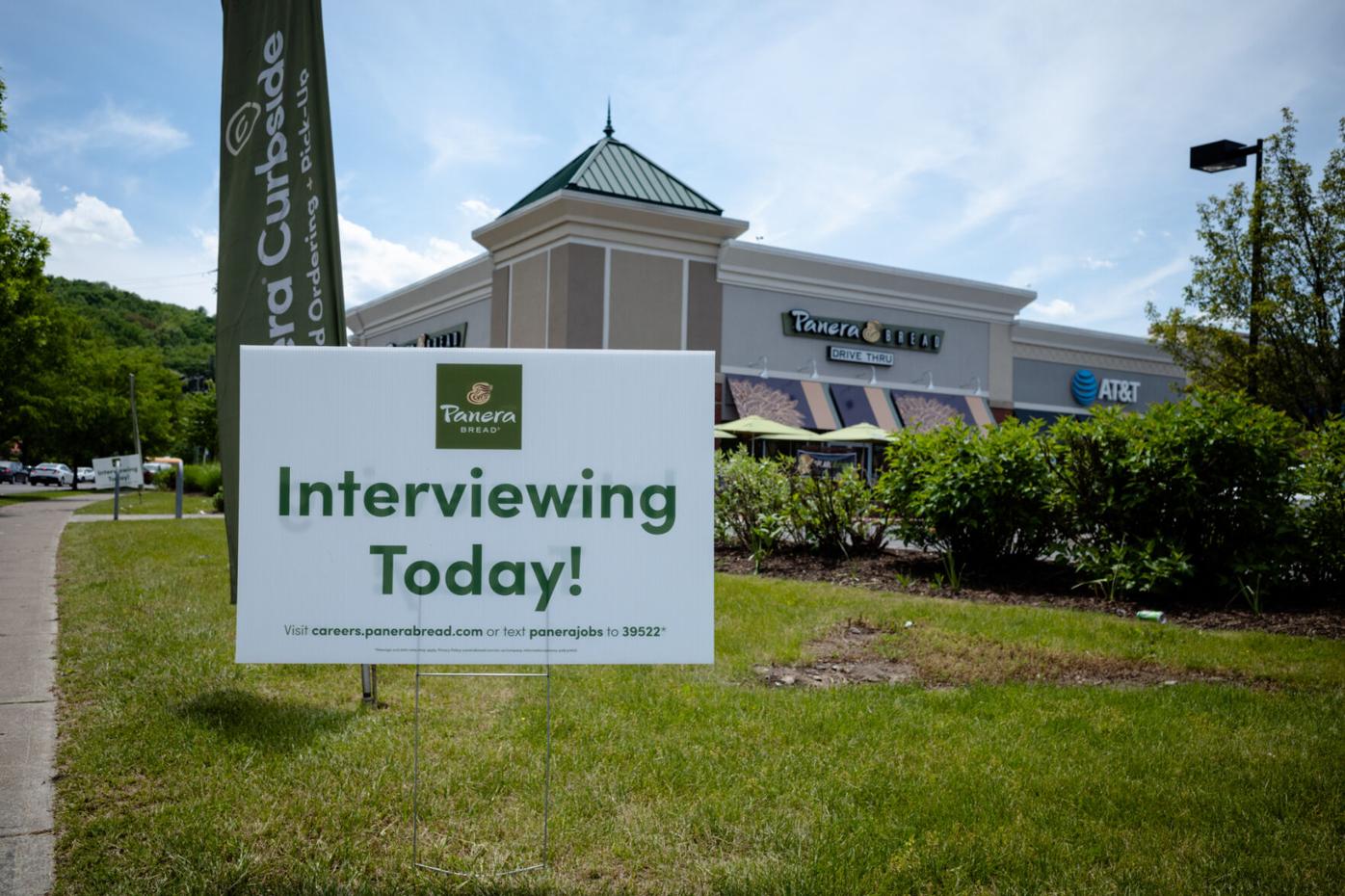 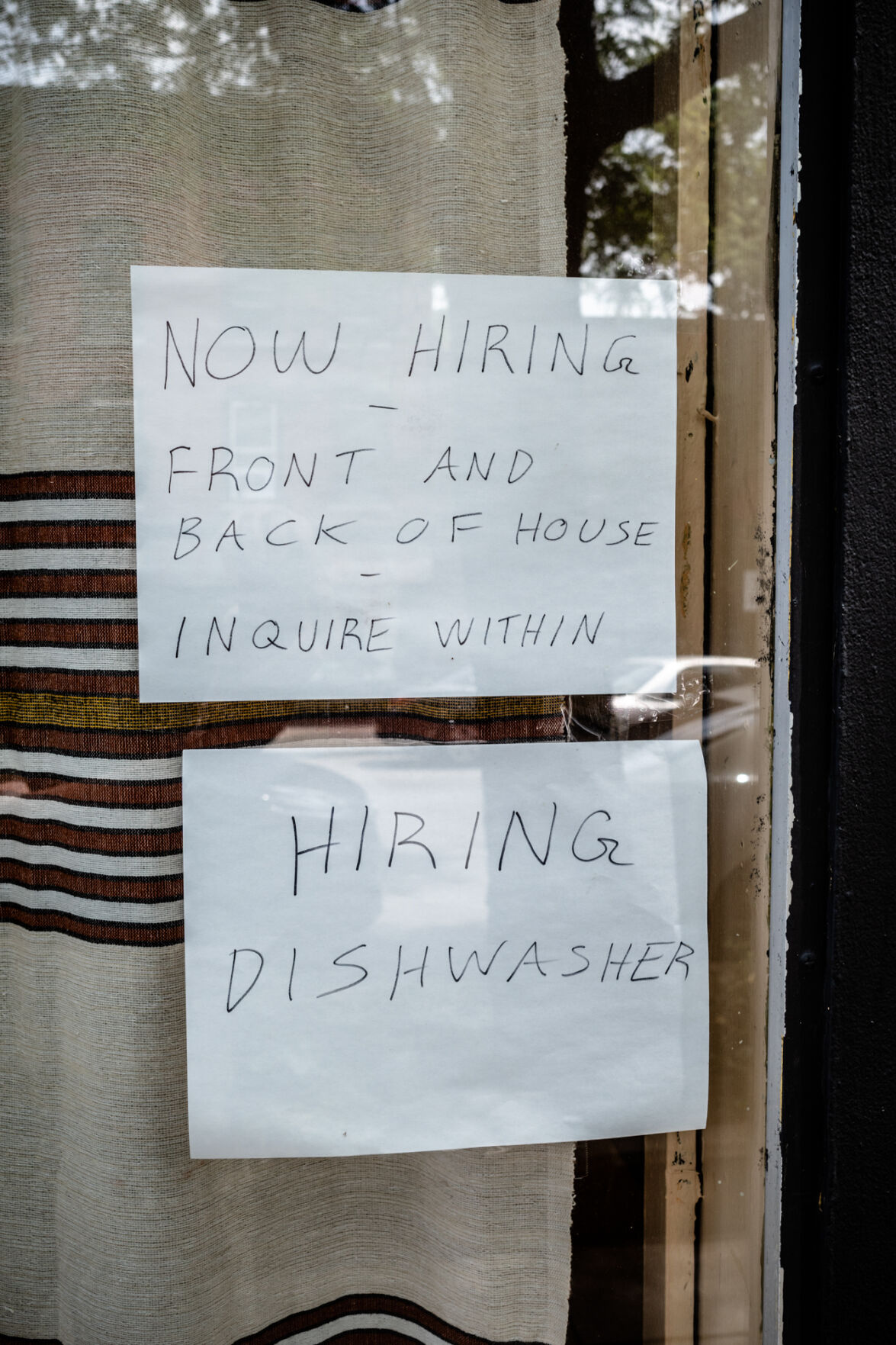 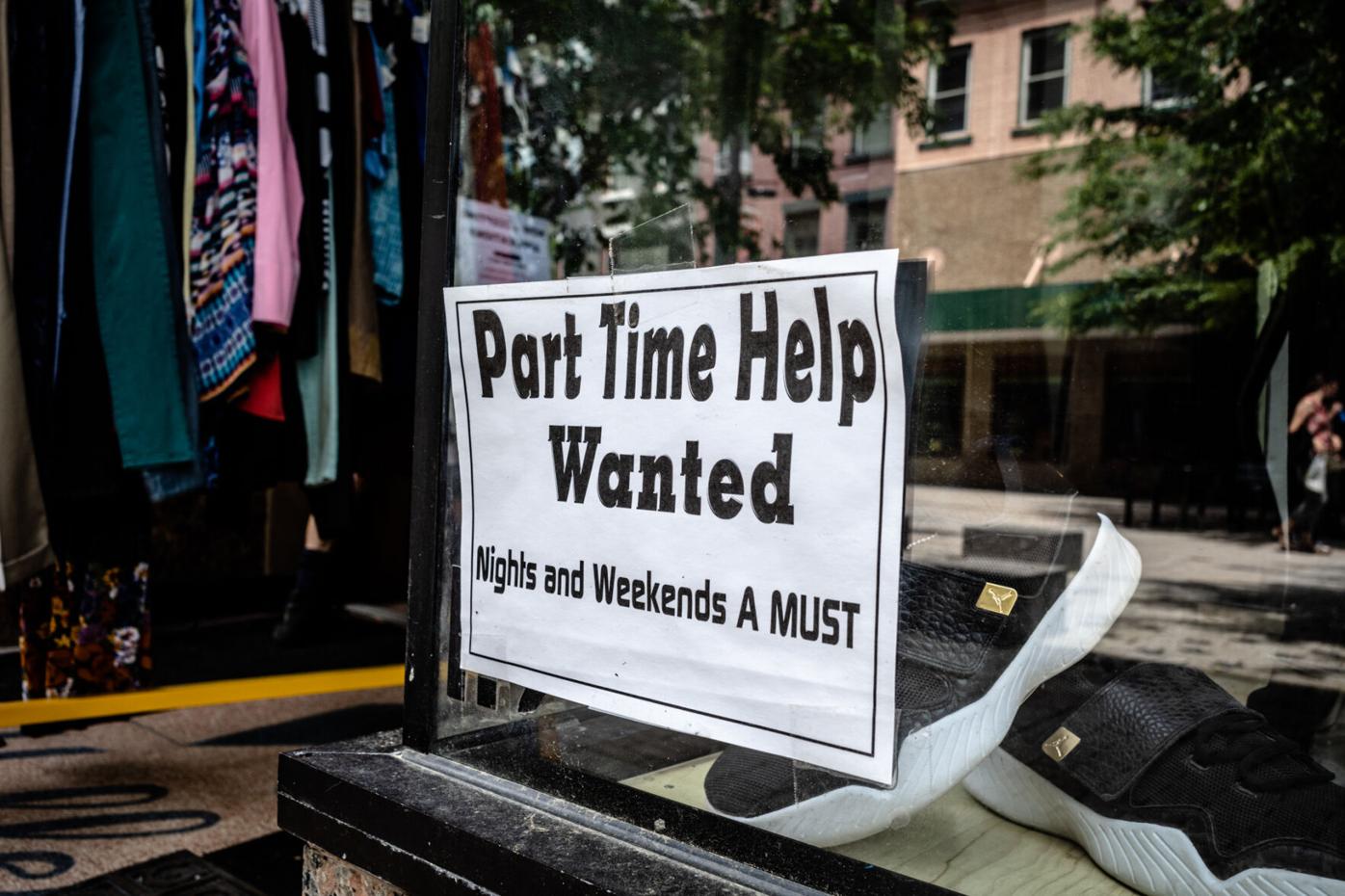 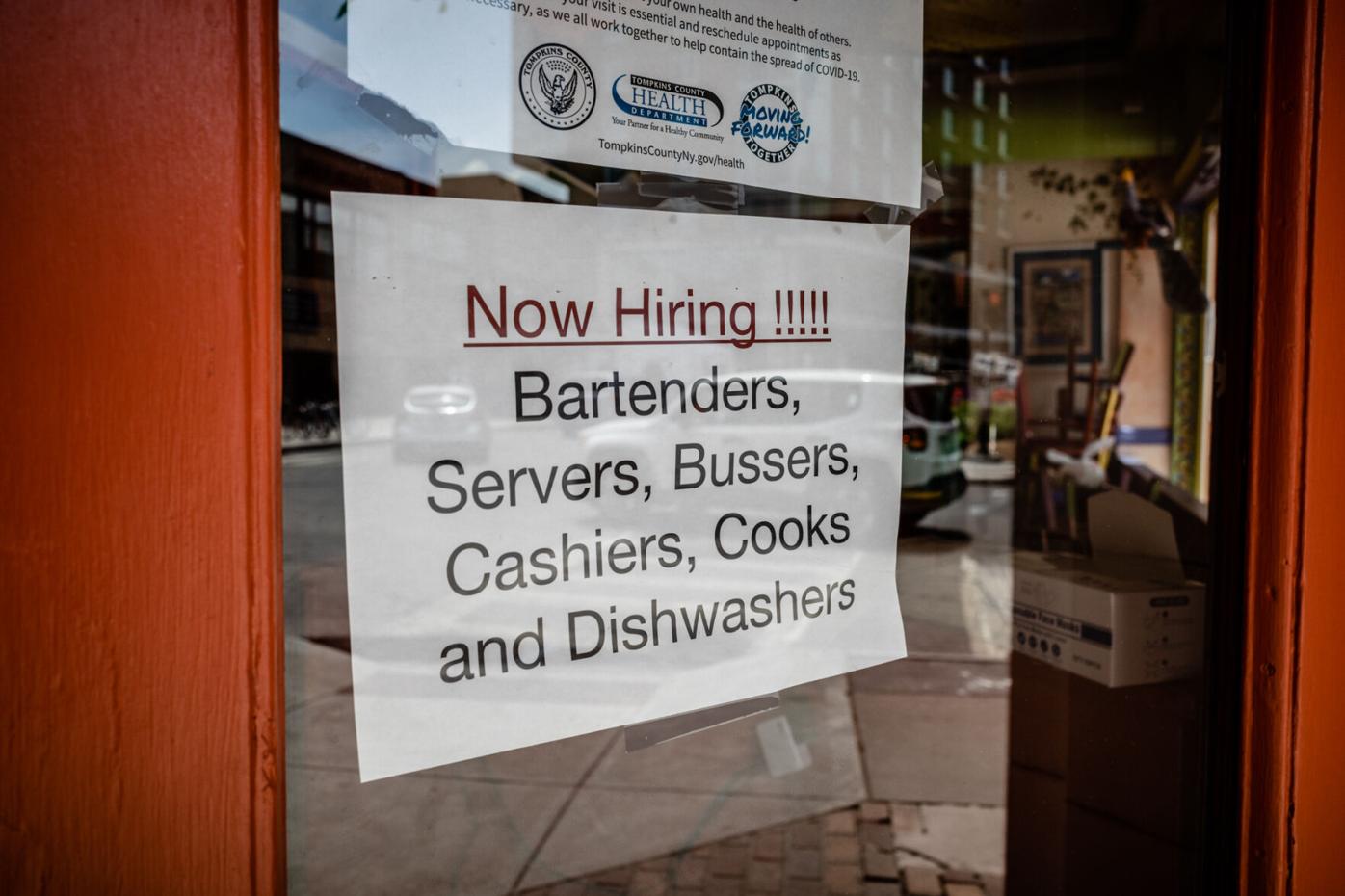 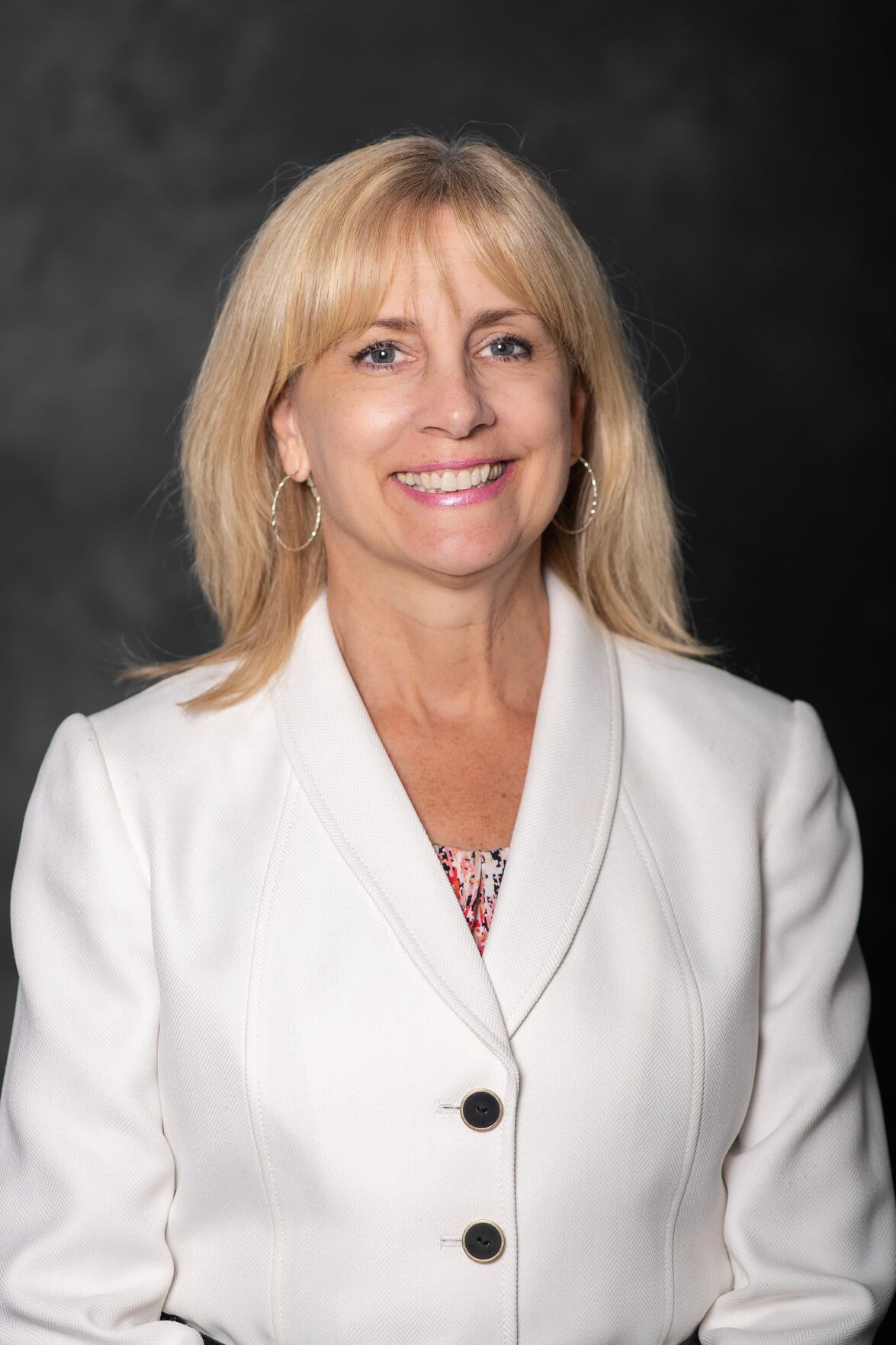 ITHACA, NY -- A sign is taped to the Dunkin’ Donuts drive-thru that reads: “Store closing at 5 p.m. due to short staffing. Apply at wolakgroup.com.” A giant sign in the doorway at Wegmans advertises open interviews. Downtown businesses remain unopened as they struggle to find workers.

As it turns out, Ithaca is more than just surrounded by reality — it’s dealing with it. The nationwide labor shortage has left businesses — box stores and mom-and-pop shops alike — in Ithaca unable to find enough staff to operate as vaccine rollout pushes life a bit closer to normalcy.

Last week, Sen. Tom O’Mara co-sponsored legislation aimed at addressing the labor shortage by withdrawing New York state from the enhanced benefit portion of the federal government’s supplemental unemployment benefits program which provides claimants with an extra $300 a week in addition to the standard state benefit.

“The COVID-19 economic shutdown has taken an enormous toll on upstate New York’s local communities, economies, taxpayers and workers,” O’Mara said in a statement. “There was never a more critical time to ensure that unemployment insurance benefits were available to struggling families and we worked tirelessly to ensure that these benefits were available and adequate to help keep workers afloat. But the unemployment system was never intended to be a long-term replacement for a good job.”

This move would bring New York in line with nearly two dozen other states that have also dropped the additional benefit. The belief that people are refusing to go back to work because of the unemployment benefits begs one question: Is it true?

According to Kathy Nivison from Express Employment Professionals, an employment service in Ithaca, not entirely.

Nivison said that while the extra unemployment benefits may play a small role, she thinks ultimately the cause is multifaceted.

She added that low wages in the types of jobs now available also play into it — why shouldn’t folks make more money on unemployment than get paid minimum wage working in hospitality?

“Candidates don’t want a minimum wage job or even close to minimum wage when there are other companies out there paying more,” she said. “It has caused businesses to reevaluate their pay structures, and they have been raising their wages just to get people.”

Nivison also said that she thinks people are shying away from the hospitality industry after seeing how quickly it can collapse when the pandemic hit.

“It’s a combination of all that,” she said. “There’s a very low supply of workers, unemployment insurance incentives are still in place at the federal level […] and people don’t want to work in the hospitality industry because it doesn’t pay enough. It’s all contributing.”

Currently, Express Employment Professionals has over 50 open positions they’re looking to fill for clients and Nivison said “at any given moment, it could be 75.”

“It’s a candidate’s market right now,” she said. “Companies are having to stay competitive with their wages. If they’re not, they’re not going to find people.”

However, she added that while higher wages are undoubtedly good news for workers, it has placed a burden on businesses.

As for what the future might look like, Nivison isn’t sure. She doesn’t anticipate that wages will come back down once supply meets demand, and she isn’t sure that there will be a sudden influx of eligible employees flooding the market anytime soon either. She said maybe the end of extra unemployment in September will help, but she’s “not certain that’s the magic wand that will make everything better like people keep saying.”

According to the New York State Department of Labor, the unemployment rate was 3.5% in 2019 in the Ithaca Metropolitan Statistical Area, the lowest in recent years. Predictably, the worst was in April 2020 when it swelled to 11%, and the average for the year was 6.2%. That average rate is similar to the rates in the late 2000s and early 2010s.

Scot Vanderpool, the general manager of TCAT, said he’s currently down about 10-12 employees compared to the numbers before the pandemic.

But slowly it has started to bounce back, and with things at Cornell pretty much expected to return to normal in the fall (Cornell students are a large portion of TCAT ridership), Vanderpool said they’re now trying to catch back up.

“We’re battling the fact it’s really hard to recruit people right now,” he said. “We have a full, all-out recruitment effort going. […] We have a very limited amount of candidates to choose from, there are not a lot of applications coming in. We have pretty good wages and benefits, but people seem to be content with unemployment.”

Mostly TCAT is currently looking for drivers, which Vanderpool said is 80% of TCAT’s workforce. Currently, sitting around 68-70 drivers, he said he’d prefer to be at about 80.

“If we’re a little short there might be some things we can do as far as cutting service in certain areas,” he said. “When Cornell comes back in the fall that’ll really ramp [ridership] up, and we want to be ready for that.”

Vanderpool said to combat the lack of applicants, his team has started to expand its recruitment area from Ithaca and Tompkins County out to Binghamton, Cortland and Horseheads.

“We’ve done two different job fairs, we’ve done posters all over downtown, and then we’ve gone to job centers,” he said. If we can pull in a few extra drivers it’s worth the extra effort.”

Downtown, you may have noticed that some old favorites have yet to reopen or are still operating with limited hours.

“I think restaurants are evaluating their situations on a weekly basis trying to figure out what makes sense,” Executive Director of Downtown Ithaca Alliance Gary Ferguson said. “We know many of the restaurants in Ithaca are struggling to find workers for a bunch of different reasons. […] They have to say ‘I can only expand my coverage if I have people to work those shifts.’ We know there are businesses keeping their hours limited still.”

When restrictions were eased in late May, many people assumed their favorite clubs and bars would be back open for business, only to find the doors remained shuttered. Aside from the logistical issues of essentially starting over after being closed for 14 months,  Ferguson many places were left without employees.

“Do they have employees who are able to come back or have they moved on?” Ferguson said. “So that could be a big determining factor on how fast things can move.”

He also mentioned Ithaca College and Cornell University’s commencement weekends the last two weekends in May. He said that while the influx of visitors was exciting compared to 2020, the DIA was concerned about whether local restaurants would be able to handle all the extra people.

“Our visitors have to be patient,” he said. “We’re not at full capacity in our community. Our food and beverage operators are not working at 100%. And as we get beyond these [commencement] weekends, we do expect a lot of people to come visit Ithaca and Tompkins County and the Finger Lakes. We expect a major boost, so without having enough workers we might see situations where people have to wait.”

Ashley Cake, owner of The Watershed, said that when she first re-opened she didn’t have enough staff for a variety of reasons.

“Some people moved away, others found new careers,” she said. “I just spent two weeks going through applications. It’s the first time I’ve ever had to advertise for jobs at The Watershed.”

She noted that the history of the hospitality industry did weigh on her while going through the interview process with potential employees.

“It felt very vulnerable and interesting to ask people to come back to an industry that is, for the most part, exploitative and has been for industries,” she said. “But our labor protections and pay is above industry standard, so our reputation has been able to overcome it.”

However, despite the struggles the industry is currently going through, Cake said the last 15 or so months have reaffirmed why she’s in the business.

“For all its flaws and dangers, that renewed sense of who we are as a night economy community is something for folks to look forward to,” she said. “To see people who have fought for their businesses for a year — we really know why we’re open now. With the staff that came back, I felt a real sense of ‘I love doing this.’ The recommitment to the work will make it even better.”

Looks like Covid-19 exposed the end of late stage capitalism a little too soon for people wanting to stay in denial.

Capitalism ends when in gets replaced by socialism. Tragically, this has been happening gradually in the USA for decades. Socialism spends the wealth created by capitalism.

The reason so people aren't going back to work is because they value leisure time, and the government is paying them handsomely not to work. If the government were to end all the "free" resource handouts, then a lot more people would suddenly rejoin the workforce, which would be good for employers, the new employees, and net tax revenues.

One major factor causing the shortage of hospitality workers is A LOT of ppl decided that they were done being treated like a number .... Or worse. The industry is full of employers who treat staff horribly, customers (ESPECIALLY in the midst of a global pandemic) who seem to take pleasure in berating and degrading their server or bartender. And after taking the abuse from owners, managers and customers; the one reason we all stayed was it is a good way to make decent money in less hours. But the ppl who are going out are not tipping. So why would service workers come back to the daily abuse and constant financial insecurity? The hospitality industry has been long overdue for a shakeup. Start treating those who serve you as people and employers need to start recognizing the employees who are reliable and hardworking. And Ithaca has another (rarely discussed unfortunately) issue for service workers. Age discrimination is a real thing. I have personally had a lot of difficulty getting a job even though I have EXCELLENT references, solid work history and over 2 decades of experience. But I'm also in my 40s and not a perky, skinny, 20 yr old. And in Ithaca youth will beat experience every time. Some of the businesses crying about lack of workers have done it to themselves by pre judging on unimportant factors (age, weight, etc). There are so many changes the industry I love needs to implement and hopefully this "crisis" will convince enough owners to take a good look at how they operate and how they can do better.