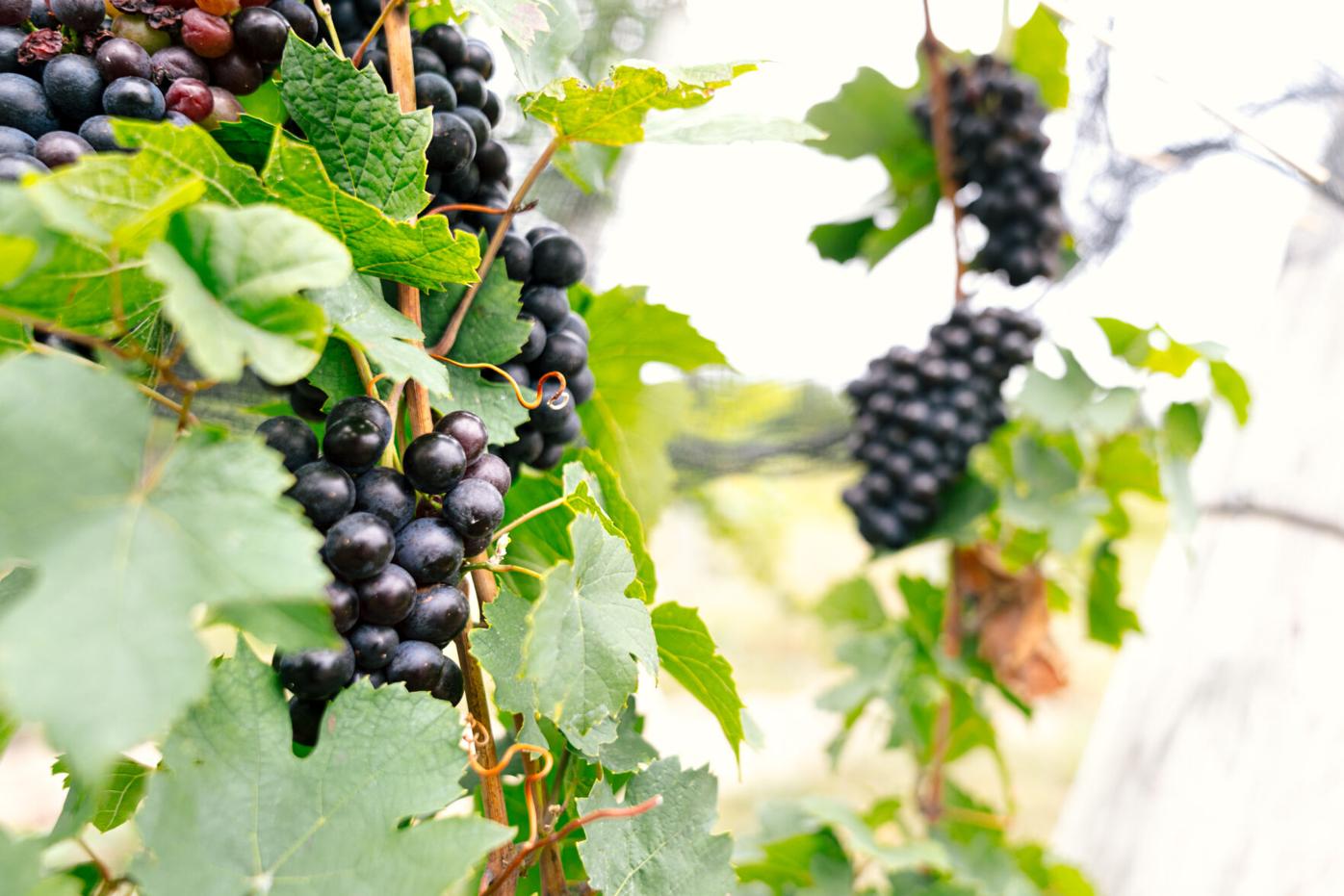 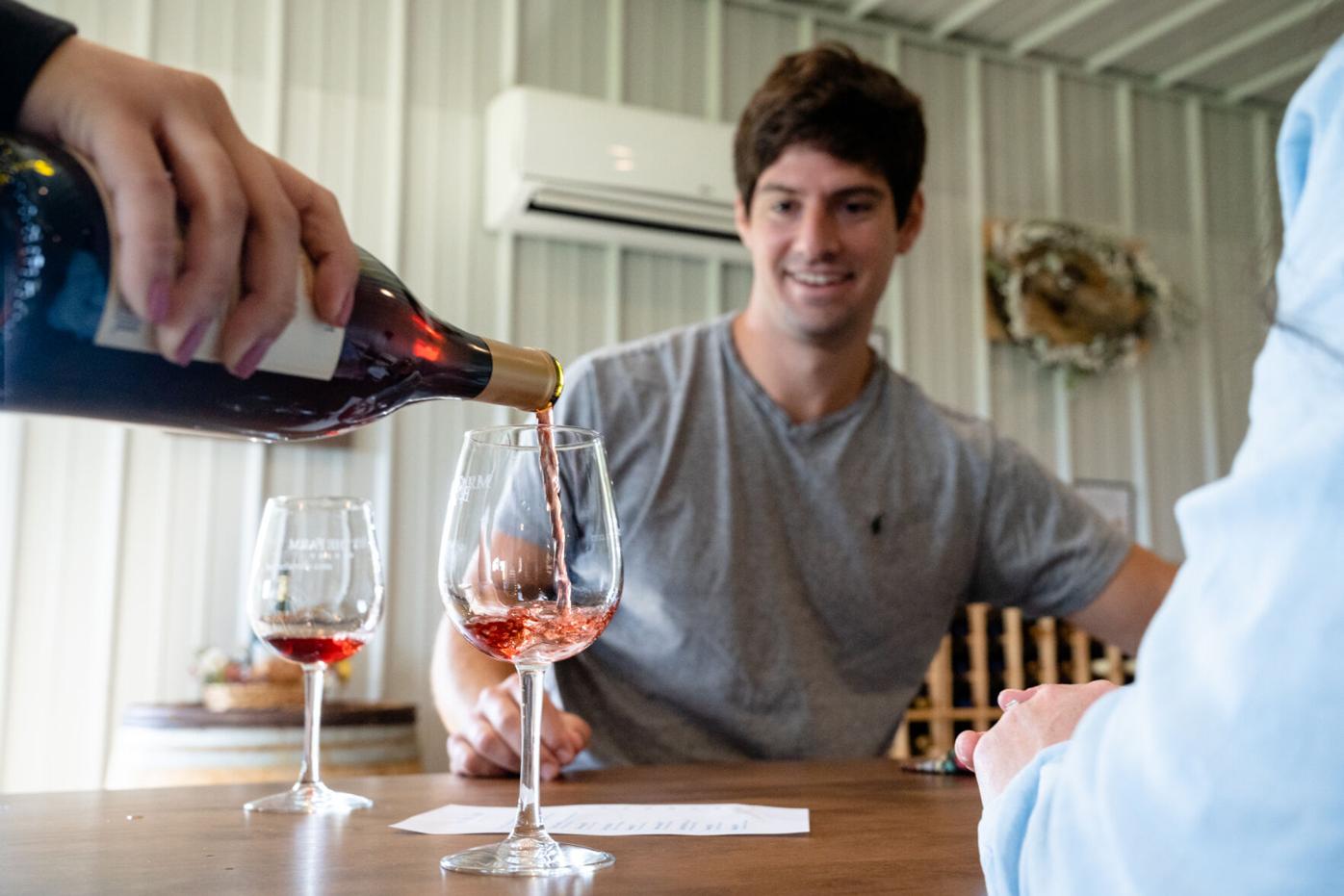 Over the last 20 years, Finger Lakes wineries have been moving away from being “not France” and toward developing a distinct personality for the region. They are doing this, in part, by planting and making wines with grapes from central and eastern Europe. But a few wineries are not giving up on exploration of the French legacy. Beyond the favorites of Bordeaux—Cabernet Sauvignon, Merlot, and Cabernet Franc—and Burgundy—Pinot noir, Chardonnay—another Burgundy grape has established a beachhead, Gamay noir.

American winemakers created the Meritage label because the famous blended wine of southwestern France may not be called a “Bordeaux” unless it is made there. In contrast, a red wine from the Côte d’Or is called a Burgundy, but it is made only with Pinot noir. Likewise, further down the Sâone River near Villefranche, red wine is made solely with Gamay noir grapes and is called a Beaujolais. No American marketing terms have been deemed necessary for either of these French appellations. Sheldrake point Winery planted its first Gamay noir in 1997, the year the winery was established on the west shore of Cayuga Lake. They call their Beaujolais-style wine Gamay noir. The two other regional makers of this wine do the same.

Several years ago Bet the Farm winemaker Nancy Tisch decided to make a Gamay noir and began purchasing Sheldrake point grapes. She liked the resulting wine well enough that two years ago she and co-owner Kit Kalfs planted two acres of Gamay noir vines in their own vineyard. They look forward to harvesting their first crop and producing their first estate vintage in 2021.

Tisch calls Gamay noir a cold-hardy vine, and she doesn’t know why it isn’t grown more widely in the Finger Lakes. She also finds it versatile and has used Sheldrake-grown grapes to make a straight varietal, a dry rosé, a sparkling rosé, and a blend with Pinot noir.

“Gamay ripens well here but maintains some good acidity,” she said. “This makes it easy to work with, no chaptalization or pH adjustments are needed.” Chaptalization is the addition of sugar to the juice before or during fermentation. It is actually common practice in the making of a Beaujolais in France, according to Anthony Hansen’s Burgundy, a 1982 book about the region’s wine.

Hanson describes the process of making a Beaujolais in some detail. Unlike most winemaking protocols, it does not begin with crushing the grapes. Instead relatively small vats are filled with entire bunches of grapes, and some of the fruit at the bottom is crushed by the overlying weight. This juice, which begins to ferment, is warmed and repeatedly pumped over the berries in the vat. In a process called carbonic maceration, fermentation also takes place inside of each uncrushed grape in a carbon dioxide-rich atmosphere produced by the fermentation of the juice at the bottom of the vat.

The above process produces a light, fruity wine that is ready to drink only months after it is made. “In the glass, it has notes of strawberry, cherry, and a hint of pepper,” Tisch said. “It usually has a medium body and is incredibly food-friendly. What’s not to like?”

Tisch, however, did not think she was able to extract enough color from the Gamay clone grown at Sheldrake Point. To that end, she and Kalfs purchased a different clone that they hope will produce a deeper color. In addition to the other variations she has tried, she may use Gamay noir to make a “blanc de noir.” These are sparkling white wines made by separating red grapes from their skins immediately after pressing.

Speaking of clones, a wild card in the Finger Lakes Gamay story is to be found at Bloomer Creek Vineyard. Their own website makes no mention of Gamay, but other sites that describe their wines state they have made a vin d’été that is 60% Cabernet franc and 40% Gamay noir. Inquiries to Kim Engle at Bloomer Creek went unanswered at press time, but Dave Breeden, the winemaker at Sheldrake Point, believes the Bloomer Creek grapes are what was once called “Beaujolais Gamay.” This grape is actually a California clone of Pinot noir and is not closely related to Gamay noir. To further complicate the issue, Bloomer Creek also makes a Vin d’été using carbonic maceration, but entirely from Cabernet franc grapes.

Tisch no longer buys Gamay grapes from Sheldrake Point and, according to Breeden, the Gamay noir wine he makes is popular enough that Sheldrake Point Vineyard doesn’t sell the varietal to any else … with one exception. Terrassen Cellars is the brainchild of Thomas Pastuszak and Jessica Brown. Patuszak is a sommelier who develops his own wines (while Brown is the marketer). A graduate of Cornell, he is enamored of the Finger Lakes region. In 2015 he decided to bring the Gamay noir grapes grown at Sheldrake to winemaker Kelby Russell at Red Newt Wine Cellars in Burdett and issue a Beaujolais-style wine with his own label.

Pastuszak did not respond to requests for an interview, but Russell was happy to talk about making Gamay noir. In addition to making the wine for Terrassen, Red Newt has two acres of Gamay noir planted on the west side of Seneca Lake.

“It’s the most interesting ripe grape we work with,” he said. “The berries are larger [than other red vinifera grapes], the skins are thinner, and they smell different.” He described the odor as a “high-toned fruitiness.”

Russell has modified the traditional Beaujolais method. “We settled on 50% whole clusters,” he said. He experimented with carbonic maceration, but he did not like the results he got with Finger Lakes grapes. The winemaker likened the flavor to new oak and bubble gum.

Breeden said at Sheldrake Point he eschews using whole bunches altogether because the stems are too green. In France, he said, the vines are not as robust and so the stems of the ripe grapes are brown and woody. While Breeden dislikes the flavor of the stems, Russell is more accepting. “As a winemaker,” he said, “I enjoy a certain amount of bitterness in red wine.” He received part of his winemaking education in Italy where including stems in the making of red wines is part of the tradition.

At Red Newt, Russell puts the Gamay grapes in one-ton containers and punches them down by hand three times a day. He lets them cold soak at ambient temperatures for three days and then warms them up for 10 days. Fermentation ends when the yeast expires.

He then packs the must with dry ice and covers it with a lid to keep out fruit flies and leaves it for three weeks on the skins and stems. Finally, using an old basket press, he separates the juice. Red Newt starts with a ton of grapes and finishes with 75 cases of wine.

Pastuszak helps to harvest the grapes. “He has no pretensions of being a winemaker,” Russell said. “In the beginning he brought examples [of Beaujolais] that he considered touchstones and then we had a very open discussion.” The Red Newt winemaker told Pastuszak what would work in the Finger Lakes. “We are in line with what we were shooting for,” Russell said.

The number one challenge that Russell sees in growing Gamay noir is disease. Like its Burgundy bedfellow Pinot noir, Gamay noir is tight-bunched and thin-skinned, which makes it susceptible to rot. It isn’t vulnerable to yeast-caused sour rot, but to fungal Botrytis. While this fungus can cause fascinating flavors in Rieslings, it is entirely unwelcome in Gamay noirs. Russell does not worry about it much, however, because “Sheldrake Point does a good job of dropping fruit” that shows signs of rot.

Bet the Farm, Terrassen/Red Newt, and Sheldrake Point have all made Gamay noir from the same grapes, which is a good opportunity for oenophiles to examine the role of the winemaker. Russell had tried Bet the Farm’s Gamay noir only once at a dinner party and didn’t feel qualified to compare it to his own. He had, however, more experience drinking Sheldrake Point wine. “The flavor profile of ours runs toward darker fruit, bramble fruit,” Russell said. “Dave [Breeden] gets more strawberry, more juicy fruit. We find different sides of the same berry.”

“The Gamay noir is usually ready to pick by the second week of October,” said Breeden, “but this year it could be the first week of October because of the drought.” All vinifera grapes like it dry. The weather this year isn’t a concern.

Dave Wiemann, the vineyard manager at Sheldrake Point, regards Gamay noir as “one of the easy ones” to grow. If anything, the varietal is too hardy in the Finger Lakes. “Three-quarters of the way into veraison [ripening], we take off any [fruit] that is pink or green,” said Wiemann. “If we don’t, the vine just gets bigger.”

Even this year there is ample water in the soil at Sheldrake Point, and the berries are big. In 2006, Wiemann added another 1.2 acres of Gamay noir, but this time installed drainage underneath to dry out the soil. It didn’t work: the younger vines are as vigorous as the ones planted in 1997.

Wiemann said the clone planted at Sheldrake Point came from the Niagara region of Canada, but Breeden noted that the Canadian Gamay noirs were different from his, which are extremely light in color and body.

Breeden doesn’t use carbonic maceration. He makes his Gamay noir in much the same way he makes his other red wines, separating the berries from the stems and crushing the grapes before fermentation. What separates one red wine from another, aside from starting with different grapes, is the yeasts that are used to drive fermentation.

Unlike Tisch, Breeden doesn’t add Gamay noir to any Sheldrake Point blends, but he does add less than 1% Syrah to his Gamay noir. Neither Breeden, Russell nor Tisch have seen the need to add sugar.

Beaujolais has long been second-banana to Pinot noir-based wines of northern Burgundy, but over the last decade it has been growing in popularity as the public has realized how versatile it is. Because of its high acidity and low tannins, it goes with practically any food.

Russell was cautiously optimistic about the future of Gamay noir in the Finger Lakes, speculating that its French cachet may help it to pull ahead of Lemberger/Blaufrankisch. Breeden noted that it was one of Sheldrake Point’s better sellers. Aside from Terrassen’s small share, he keeps all his vineyard’s Gamay grapes, makes 600-700 cases of wine per year and sells it all.

How does Finger Lakes Gamay noir measure up against Beaujolais? “Kyle Anne [Pallinscheck], our marketing manager took some of our Gamay to France,” Breeden said. “The French were quite positive about it.”