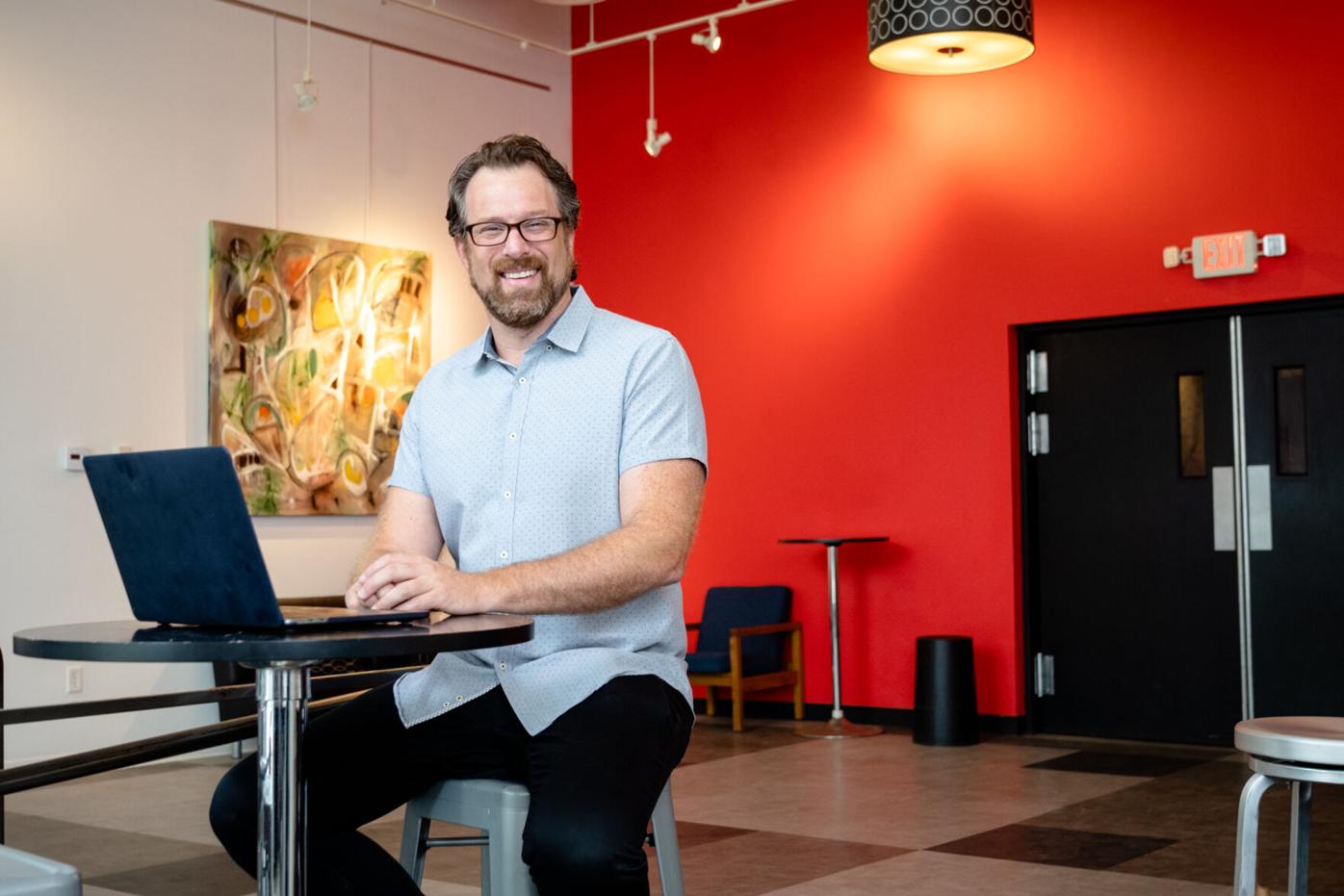 David Winitsky sitting inside the front lobby of the Kitchen Theatre. 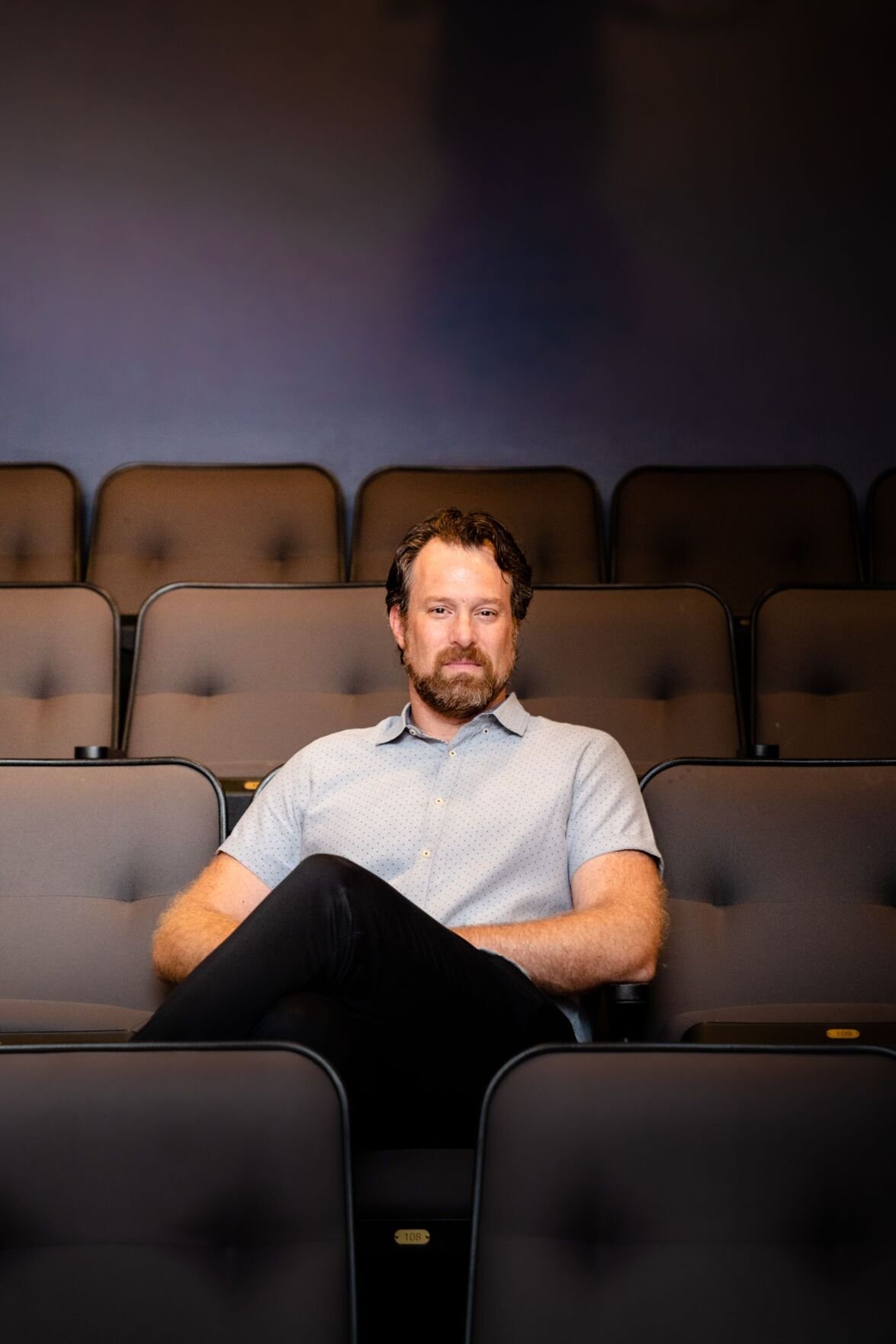 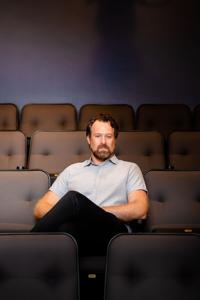 The Kitchen is closed. Well, more or less for the time being. Finishing up the end of last season, The Kitchen Theatre Company announced the arrival of its new Artistic Director David Winitsky, after the unfortunate departure of the ever-insightful M. Bevin O’Gara. Now, under the leadership of Winitsky, the Kitchen will cook-up a new season, with a new staff, and new director in the middle of a pandemic that has essentially limited indoor in-person audiences to zero.

We caught up with David Winitsky after one of his commutes between South Philadelphia, where he is still a permanent resident, and Ithaca to find out what audiences can expect this coming year— a year of change, discomfort and innovation.

Ithaca Times: Can you tell us who you are?

David Winitsky: Well, Glenn, that’s such a good question! Do any of us actually know who we are? [laughs] I am a producer and director who has spent a vast majority of my career working in new play development and production. About nine years ago, I founded a company in New York called the Jewish Plays Project, which is a new play development organization for specifically 21st century Jewish content, as we say in marketing materials. I’ve also been the Producing Director of the New Play Company in Madison, New Jersey called Playwrights Theatre and I was the General Manager at the HERE Arts Center in Downtown Manhattan. More importantly, I am the husband of painter and writer and creative director Elizabeth Samet and the father of Zeke, who is 19, and Lex, who is 19.

IT: What brought you to Ithaca?

DW: I went to Cornell undergrad a million and a half years ago and I came up to visit Cornell with my eldest son when he was looking at colleges and while I was up here I connected with the head of the Jewish studies department [Jonathan Boyarin] who was an audience member of mine at my company in the city. We talked, and I told him about a class I had taught a couple of years before that was called ‘Sitcom Jews.’ a history of Jewish-ethnic representation in television, and after a few more discussions we teamed up and this fall will be my third year teaching that course. Then last December the university asked me to direct a reading of a new play and I cast Rachel Lampert, who had been a longtime Artistic Director at the Kitchen, and so when Bevin announced that she was leaving the theatre announced they were looking for an interim AD, I was very excited to throw my hat into the ring.

IT: So, why the Kitchen Theatre?

DW: There’s a lot of reasons, but the core of it is that this a great town with an incredibly supportive, intellectual and engaged audience, both for the kind of work we do at the Kitchen and The Cherry, and the Hangar and Civic— this is really a savvy and sophisticated theatre audience here and that’s an awesome thing. My history at the Kitchen actually goes back to my undergrad. I graduated in ‘93, and when I was here a bunch of acting teachers got together and started a theatre company called the Kitchen and I actually saw the first couple of productions. They were beautifully acted and impactful. Their production really changed my life in a lot of ways and took me on a path to realizing the kind of impact you can have on people when you work in a small space with great actors. That has continued to be the focus of the Kitchen and it’s the kind of theatre that I love doing.

IT: And back then, as an undergraduate, you were studying mathematics. How does a mathematics major end up in theatre?

DW: My senior year of college, a friend of mine asked me to be in a show he was directing and I did that. Then he said, ‘hey, do you wanna direct something for the company?’ and I said, ‘alright, let me give it a try.’ I sat in that director’s chair for the production of Neil Simon’s ‘The Good Doctor’ and it just all fell into place.

DW: Oh, Glenn, I don’t know, it just doesn’t feel like there’s much to talk about in the world right now! [laughs]

IT: You know, it has felt a tad boring lately.

DW: [laughs] Yeah, there’s so much going on, that’s so unfortunate and as a parent to teenagers and sort of feeling the generational divide. Obviously, this summer was explosive; and in ways that feel really uncomfortable and really productive. What the theatre offers us is a chance to embrace those big ideas in ways that are about human fail situations. It’s about being with people from your own community and people who aren’t and experiencing something together in real time that allows you to process these big ideas. This year is not going to be like any other. What we’re calling our season a journey to 30 because next season will be the theatre’s thirtieth anniversary. Most theatre companies don’t even get close to that. We’re going to take the season to visit the past, present and future of the Kitchen Theatre.

IT: Another thing is there’s a lot of changes to the Kitchen. Many of the Kitchen’s familiar faces are not there, I’m talking about the departure of Associate Producing Director Lesley Greene and Managing Director Stephen Nunley. How will that change the dynamic so many people were familiar with at KTC?

DW: Everyone whos helped to get the theatre this far are really incredible; and what Stephen, and Lesley, and Rachel and Bevin have accomplished here, transforming this into a real institution that has true recognition well beyond the city limits is nothing short of extraordinary. My only goal is to be worthy of continuing on what they’ve built. What the community can expect, which I can say very convincingly, is that this will continue to be a place where everyone can feel welcomed and see really good theatre.

IT: Will it be an in-person season?

DW: I don’t want to scoop our season, but what I will say is that I’m very committed to theatre as an in-person medium. As much as we can, we are going to welcome people into the space. Everything we do will be accessible both inside the theatre and online. Rest assured, not only will the company have a great journey to thirty. We’re going to have a great next thirty years.

Note: This conversation has been edited for brevity and clarity.