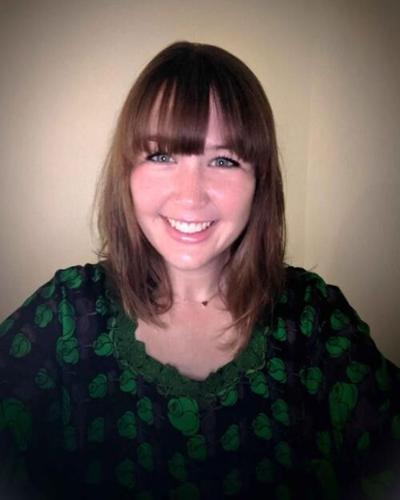 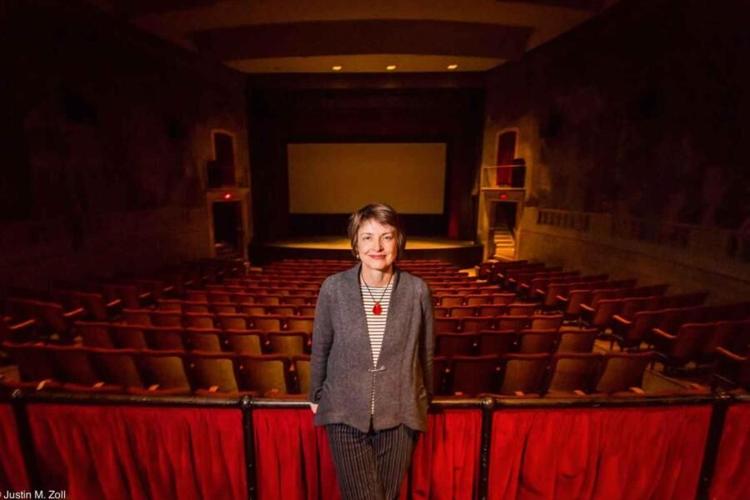 A new director, Molly Ryan, will take the helm of Cornell Cinema this fall, succeeding Mary Fessenden, who has led the organization for 35 years, eight years as manager and 27 as director.

Ryan is finishing up a master’s degree in film studies from the University of St. Andrews in Scotland and has experience with museums and festivals.

“I’m excited to find new ways to embed the art of film into the Cornell curriculum, the Cornell student experience and the social life of the Ithaca community,” Ryan said. “I see so many opportunities for partnership and hope to transform Cornell Cinema into a hub for critical inquiry and interdisciplinary exchange.”

During her undergraduate studies in history and literature at Harvard, Ryan said she was most interested in how film shapes our understanding of the past, specifically memories of war. At St Andrews, she’s been studying a global history of film technologies, aesthetics and cultures and working on a dissertation on sound and image in the television plays of British director Alan Clarke.

“At Cornell Cinema, I hope to foster a sense of discovery each semester by highlighting innovative work by filmmakers from across the globe,” Ryan said. “I’m continuously inspired by the power of film to nuance our understanding of the world and think Cornell Cinema serves as an important convening space, where students can expand their worldview in conversation with neighbors, professors and peers.”

The search for the new director was conducted by the Department of Performing and Media Arts in the College of Arts & Sciences.

After close to three decades as the cinema’s director, Fessenden clearly has a reservoir of film knowledge inside her head. Ask her about a director and she can trill off their oeuvre. Quiz her about early film history and she’ll catalog the early works that shaped each genre as it developed.

“Living in centrally isolated Ithaca there are many things I miss about cities.  Because of Mary Fessenden and Cornell Cinema, film was never one of them,” said Mary Woods, professor emerita in the Department of Architecture. “Mary’s knowledge, inspiration, passion and determination (not to mention her inimitable fashion sense) brought the world of cinema in all its richness and complexity to Cornell.”

Many changes have marked the past three decades at Cornell Cinema, from the establishment of a permanent location in Willard Straight Theatre in 1990 to the movement from 35mm to digital film in 2013 (though the cinema still shows 35mm films, too).

Fessenden, who has an MBA in arts administration, joined the cinema as its manager in 1987 and “it was very clear to me that I had found my niche,” she said. “I had fallen in love with film my senior year in college, so when I started working here,  with access to such a wonderful array of films and interactions with visiting filmmakers, I knew it was a good fit for me.”

Cornell Cinema’s focus has always been on cinema’s role in academia, so throughout the years, Fessenden closely coordinated with faculty from across the university to schedule and find films that complemented the courses they were teaching.

“Browsing Mary's program and penciling shows into my calendar at the beginning of each term has been a fond semesterly ritual,” said Natasha Raheja, assistant professor in the Department of Performing and Media Arts, whose documentary film students attended many cinema screenings. “Her screening of experimental films such as: ‘Faya Dayi, Son of Monarchs,’ ‘maɬni – towards the ocean, towards the shore,’ 'Hale County This Morning, This Evening’ and ‘Pebbles,’ among others, expanded my students' appreciation for diverse perspectives and formal innovation in non-fiction and realist cinema.”

The position of cinema director was not without its challenges. Before the dawn of VHS and then DVD movies, as well as the emergence of two new downtown Ithaca theatres in the 1980s, the cinema was self-supporting through ticket sales. But that competitive pressure, along with the more recent introduction of streaming services that offer scores of movies from the comfort of a home couch, forced Fessenden to think of creative ways to fundraise for the cinema’s operating dollars – from applying for grants to creating new all-access passes to hosting special fundraising events.

'An era of special live events'

“I think of my time as director as being an era of special live events,” she said.

“Many involved live components as a way of offering something that couldn’t be duplicated at home, while others took place in unusual locations to create a unique screening atmosphere. The special events not only kept Cornell Cinema on patrons’ radars, but typically attracted larger audiences and extra ticket income.”

“Throughout her directorship she’s made the case for the ‘live-ness’ of film by programming events with in-person speakers and performers,” said Roger Gilbert, professor in the Department of Literatures in English (A&S). “I’ve especially enjoyed the many silent films with live musical accompaniment she planned, and I very much hope that tradition will continue.”

Adding music to the Cinema’s offerings was a passion for Fessenden. “Two highlights for me were '13 Most Beautiful: Songs for Andy Warhol’s Screen Tests,' with live music by the duo Dean & Britta, and Academy Award-nominated filmmaker Sam Green’s live documentary 'The Love Song of R. Buckminster Fuller' with live music by the indie band Yo La Tengo. These shows typically only toured to much larger cities, so I’m happy I was able to bring them to Ithaca.”

Fessenden said she was also glad to lead a university cinema with such close ties to students.

“It’s rewarding to know that literally tens of thousands of students over my 35 years here came to Cornell Cinema and very likely had a powerful experience watching a film,” she said. “It’s such a formative time in a person’s life, a great time to expose them to the kinds of films Cornell Cinema shows, films that exist outside the mainstream, and offer so much.”

Fessenden said she is looking forward to some traditional retirement pursuits -- traveling, painting, gardening, biking and reading. And she’ll keep up on the latest in cinema, but not at the breakneck pace she has for the last 35 years.

“What’s happening now is that distributors are uncovering and seeking out work from filmmakers who haven’t received the recognition they should have long ago,” she said. “They’re also discovering wonderful female directors from various countries who’ve been overlooked. It’s exciting to think there are worlds of cinema still waiting to be discovered.”

Are you planning to vote in the August 23 election?