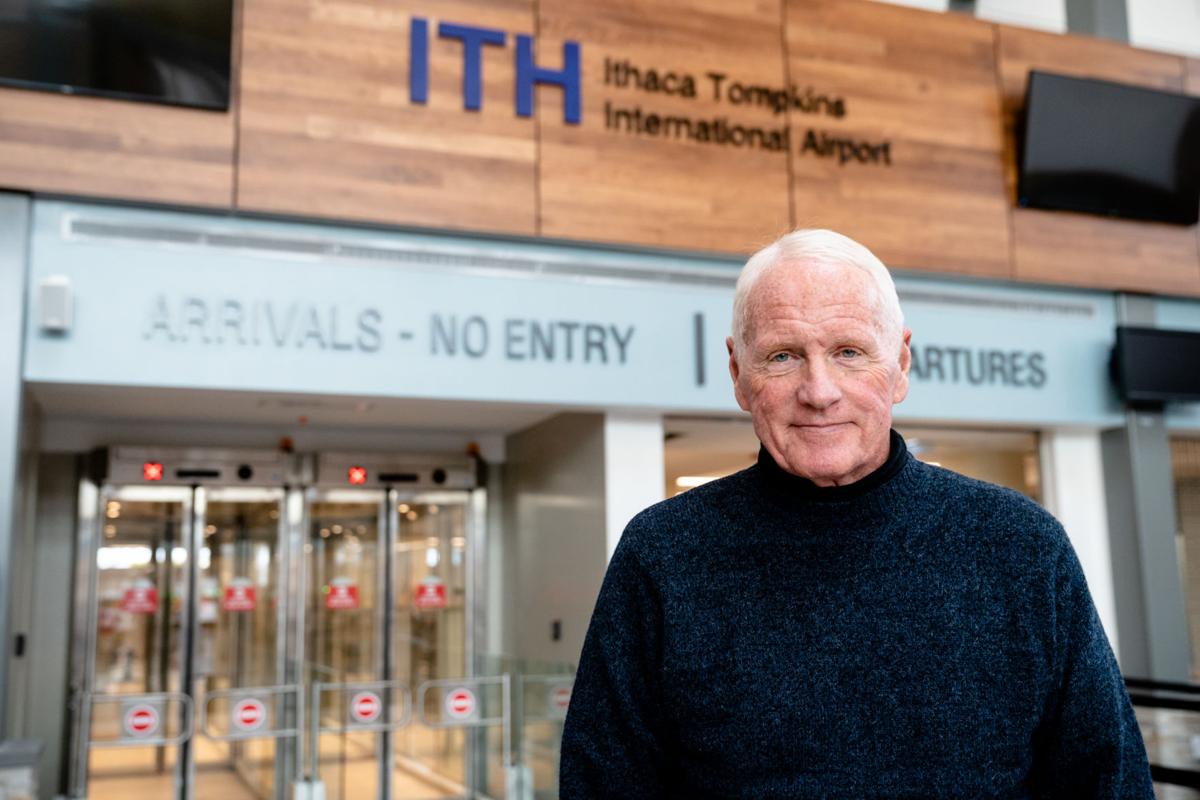 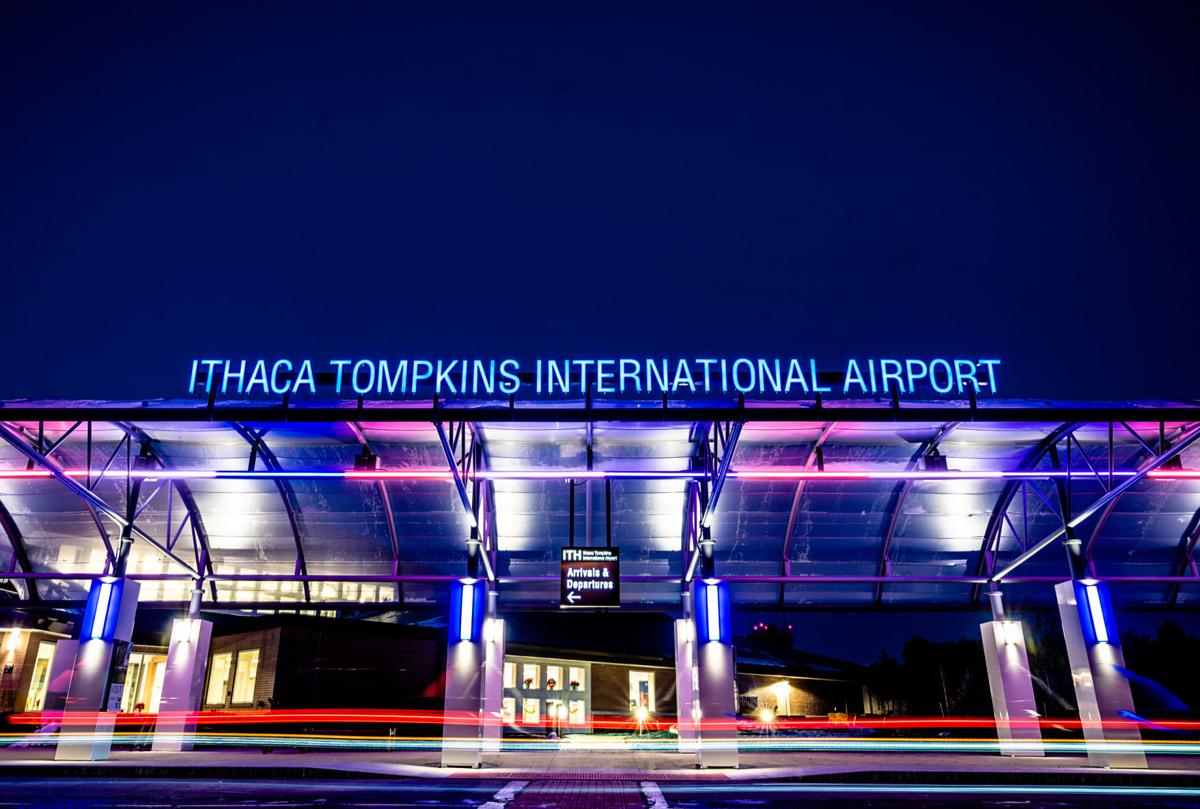 Residents of Ithaca and Tompkins County are receiving a special gift for the holidays this year: a brand new airport.

Following year-long construction, the Ithaca-Tompkins International Airport is open for full service with numerous upgrades and an improved area for passengers to use. The entire expansion was initially thought to cost $24.7 million with New York State footing $14.2 million of the bill as a part of the Upstate Airport Economic Development and Revitalization Competition, but according to the Lansing Star the final bill for the project came closer to $34 million. An additional $10.2 million in funding came from the federal government, but further money will be generated by adding a small fee to each ticket sold to make up the extra costs.

One of the biggest parts of the entire expansion has been the growth of the terminal building to include six new gates and four new jet bridges, with the fourth jet bridge used for private international flights. Along with this, the airport will also add a new TSA lane and upgrades to the current security checkpoint to bring them up to post 9/11 standards. Ithaca-Tompkins International Airport Director Mike Hall said the final phase of the construction consists of establishing the new airport cafe and a playground for kids. Though this expansion of the terminal is complete, there is still the matter of the new customs facility, which is necessary to allow international flights to arrive at the new terminal.

“The customs building won’t be done as a shell,” Hall said. “We have yet to negotiate the lease, with customs. They require that the building be done before they enter into lease discussions. They haven’t put their IT equipment in. Their operation is somewhat like TSA, they’ve got screeners and scanners and that sort of thing. We haven’t selected an agent to be there. In terms of custom operation, in loose terms, we’re looking at the spring [for it to open]. We need to get the building fitted out, get everybody trained, and we’ll be able to receive our first international flight in early spring.”

Since Hall and other county officials have no control over the federal government’s timeline, any disruption in getting the new customs facility set up is out of their hands. For now, though, Hall has said it’s been an orderly process, which is lucky considering the substantial time crunch that the project was under.

“The good news and the challenge are one in the same, and that is we had one year to get this project done,” Hall said. “We actually started a year ago. You’d always like a little more time than that. However, in this particular case, it was the only way to go because we had to continue operating as a terminal while we renovated and expanded the terminal. That means we inconvenienced our passengers for the last year and they were wonderful. Very understanding and traffic is actually up 10 percent over the last year.”

Other new features of the revitalized terminal include departure and arrival concourses, and two ground gates, and pre-TSA seating that has electrical plugs for anyone needing to charge their devices before boarding. Recently, the TCAT Board of Directors voted in favor of focusing on the airport area as the location for their new facility. The main reason for the move, according to TCAT Board Chairman Ducson Nguyen, is that the current 27-year-old Willow Ave. headquarters has gotten too small for the agency.

He said this will allow TCAT to have an opportunity to develop a more modern, more energy-efficient facility. It will also give the organization a chance to support electric buses, which will be debuting with TCAT in the next few years. Both Nguyen and Hall have found there will be opportunities for the airport and TCAT to share services such as fueling. However, specific new features have yet to be determined. Nguyen is currently unsure what will happen to their current facility on Willow Ave., though he speculated that it could be used by the Department of Public Works in the short term.

With TCAT moving to the airport, there has been some interest in creating a new transportation hub to give passengers an easier way to get into the City of Ithaca. Currently, only the Route 32 bus (Mon-Fri) and the Route 72 (Sat-Sun) buses run from downtown Ithaca to the airport. Having additional service or other buses begin their routes here could allow for a higher volume of passengers using TCAT instead of personal vehicles to get to the airport. Nguyen said this is all still under consideration but is something he’s looking forward to seeing in the near future.

“I hope that there are some synergies with the airport in that we’ll be taking people by bus to flights where they can go to other cities,” Nguyen said. “I hope it’s well placed for park and ride so people can park at the airport and take the last couple of miles into the city and not have to clog up the streets as much. I see some potential there.”

There’s also been vague discussion about possibly moving the intercity bus stops from their current downtown positions at Green and Seneca Streets to the airport, something Hall said has been considered as a part of the new TCAT transportation hub. But Nguyen, as other city officials have expressed too, likes having the intercity bus service downtown because it gives visitors easier access to transportation to other parts of Tompkins County, as well as quicker access to downtown Ithaca. Though many have acknowledged this is not an ideal situation for the buses, it does provide visitors with early exposure to the goings-on in the city’s economic core.

The cost of the new facility at the airport is estimated at $55 million, according to Wendel Consultants. Nguyen said there will be fundraising to get the project off the ground with state and federal funding being the crux of the money used to develop and complete the project.

As the new airport’s opening day nears, Hall said one of his favorite parts of the new airport is the integrated space, something he believes is a significant upgrade from the feel of the airport prior to the renovations. He recalled the bag screening machine was in front of the counter, but will now be in the back just like most other airports.

His favorite element of the new terminal is a smaller model of the iconic Unisphere in Flushing Meadows-Corona Park in New York City because it ties into the airport’s theme of ‘one world.’ Hall has found that diversity in cultural experiences is a unifying experience the airport’s One World theme offers travelers.

“When I think of this airport, I think of the fact that we are a very diverse community,” Hall said. “I think of the fact that, in all of upstate New York, as many people come here with Ithaca as a destination as leave here and come back home, so we’re 50/50. The 50 percent that’s inbound brings us the richness of the diverse experience that’s global in nature. As diversity gives you the opportunity, inclusion leverages that opportunity into prosperity and prosperity is about more than just money; it’s about the richness of the human experience.”