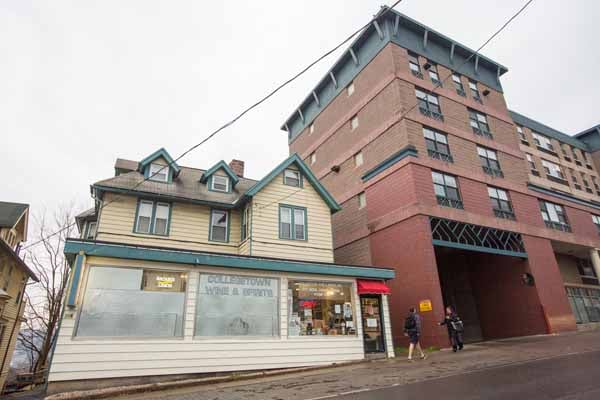 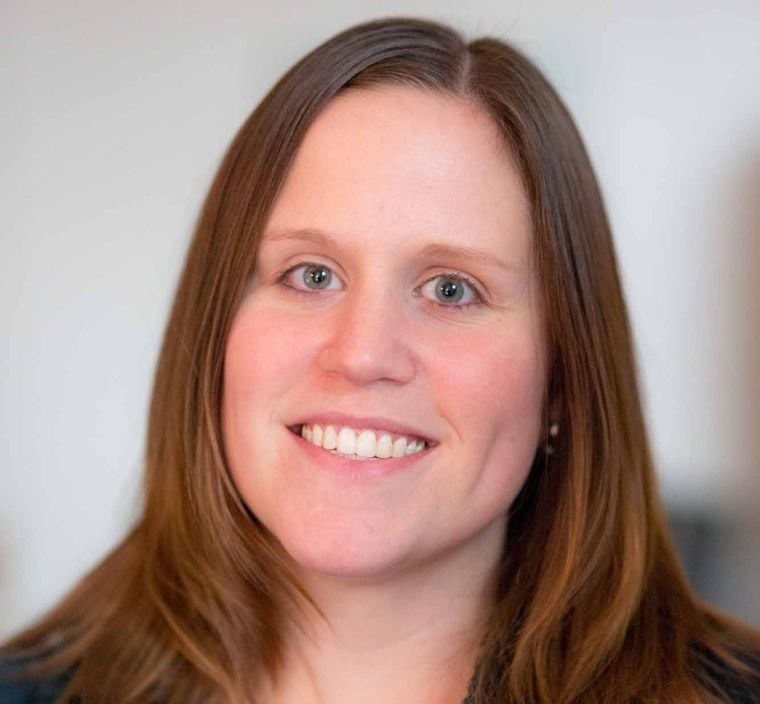 Planner at the City of Ithaca

Planner at the City of Ithaca

The City of Ithaca is in the process of transforming its zoning ordinance from a use-based to form-based approach. “A completely form-based approach would regulate the external appearance of the building,” said Megan Wilson, a planner with the city. “But use will still be important [in the city code], and we will also be concerned with density regulation. Use and density are key issues, especially in Collegetown.”

In Collegetown—more so than in other parts of the city—high-density student housing and low-density single-family homes are found in close proximity. “In Collegetown you can find six-story commercial buildings next to two-story homes,” said Wilson. “There are impacts on views and light.”

Alphonse Pieper, the executive director of Historic Ithaca, believes that form-based zoning will generally be more sensitive to historic properties and to preserving the existing character of the neighborhood. “It should pay attention to what is next to a historic building,” he said. “In Collegetown a significant portion of the code has been approved.”

Alderperson Ellen McCollister (D-3rd) was not directly involved in the creation of the Collegetown plan of 2009, but she recalled that it was repealed after being passed by Common Council because it faced a legal challenge from a group of landowners. They objected most stridently to a “payment in lieu of parking” scheme that was included in the original plan. That feature, along with the “height incentive zone,” has been de-emphasized and the city committee has focused on simplifying the form-based zoning portion of the plan.

“Form-based zoning puts the emphasis on set-backs, form, and height,” she said. “It focuses on what it looks like, starting with the densest areas and stepping down from there.”

McCollister said that this approach has been widespread in Europe for a long time and that it shouldn’t be though of as a “New Wave” in the U.S., as it has been used in many places here in places where “zoning is the implementation of a plan.”

Since 2009 a working group has been re-working the law. According Pieper they have managed to reduce the number of zoning categories to four for a larger number that was considered unwieldy and to which property owners objected.

The goal of the proposed modified approach to form-based zoning is to create the greatest density at the center of Collegetown and preserve the character of the more peripheral areas. “We want a smooth transition,” said Wilson, “not an abrupt change. There will be a transitional zone with residences and commercial uses mixed.”

The form-based code would encourage more architectural variation in the densely-built center, which present the “canyon effect” created by the concrete multi-story buildings that now line Dryden Road from becoming the rule. The changes would, however, allow more people and higher buildings than the current code. Part of a form-based approach is to meet all the current requirements, but add a design review step with new design standards. In contrast, the use-based approach pays little attention to aesthetics. In the revised scheme attention will be paid to the massing of new buildings (e.g. the inclusion of step-backs), scaling, and choice of building materials. The design of the buildings that line the sidewalks should ideally make them pedestrian friendly.

“Form-based zoning fosters redevelopment,” said McCollister. “It recognizes the value of letting some structures remain to reference the history of the city.”

A planning process got underway in Collegetown in 2005. By 2009 the process had produced an urban plan and concept. Form-based zoning was including in the guidelines written into this plan because those involved were concerned about the severe appearance of many new buildings in the neighborhood.

“The block near Collegetown Bagels is nice,” she said, “but most of the rest of it is built to the lowest standard. It is the most expensive real estate in the city, and it needs to be done well.”

Form-based zoning is also being adopted by the Town of Ithaca, and Wilson said that town and city staff have talked to each other about it.

The next public discussion of the topic will be at the meeting of the city Planning and Economic Development Committee on Wednesday, Dec. 11 at 5 p.m. Wilson will present an update and there will be an opportunity for public comment. Wilson expects to hear from developers.