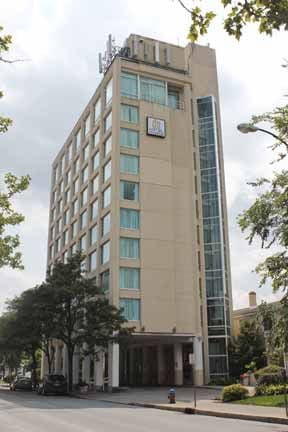 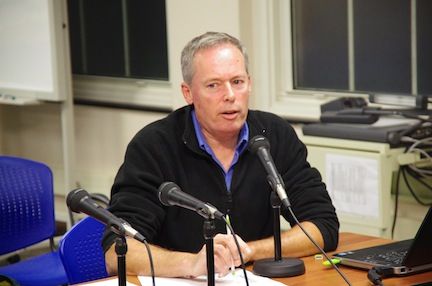 It is no wonder hotel owners are champing at the bit for a chance to join the Ithaca hospitality market. According to Ithaca/Tompkins County Convention & Visitors Bureau (CVB) Director Bruce Stoff, the market enjoyed a “record summer,” during which one downtown property owner reported more than a 90 percent occupancy rate (available rooms that are sold divided by the number of rooms available) with an average daily rate (ADR) of more than $200.

Stoff also noted that the city is looking at a 6-percent growth in demand, which could be even higher by the end of the year, with the “supply/demand equation turning in very profitable [results].” He added that Ithaca’s market revenue growth is about 20 percent higher than the rest of the country.

Stoff gave a presentation on the record-breaking summer to City of Ithaca Planning and Economic Development Committee during its Wednesday, Oct. 8 public meeting.

“Since 2000,” Stoff noted in a “market snapshot” memo, “room-supply growth has averaged 3 percent per year, roughly 60 rooms per year. There’s no new inventory coming to the market for the next two years.”

While the latter statement is true, it is expected that, by 2017, a 160-room Marriott at the east end of the Commons (about to break ground), along with a 120-room Hampton Inn at 320-24 E. State St. (still seeking final approval) will be up and running.

Some board members questioned whether or not the market has room for another 280 rooms. Stoff said that the market should have no problem absorbing one of the projects, but that if both projects come to fruition, the trend could change. An x-factor in making sure demand increases with added supply, he noted, would be the upcoming second tower for Hotel Ithaca. Though approved, the tower has not yet seen a shovel break ground, and its status currently seems to be in limbo. However, if and when it is built, its inclusion of a 15,000-square foot convention center would bring new business to all of the city’s hotels.

No matter what, Stoff said, new hotels will eventually find their way to the city, whether its these projects or other projects, simply because the current market is so inviting for more business.

“Developers will see these stats too,” he said. “The rooms are coming. It’s an economic certainty.”

This summer, in an Ithaca Times cover story on the local “hotel boom,” Stoff said there’s no real way to know how many more rooms the city can take on, and that saturation is essentially a self-fulfilling business prophecy. If you build it, they will come—until they don’t anymore.

“That’s the $64,000 question: [How many hotels is too many hotels?],” Stoff said in August. “How many hotels can you make until [the industry] starts cannibalizing itself? The growth numbers that we’re seeing, it’s still growing relatively strong. What we’re seeing for the first time this year is that the growth in the rooms and the growth in the occupancy rate is spreading apart a little bit. It’s gone from a year-round average of 62 percent occupancy rate down into about 59 percent occupancy rate. Hotels want to be running around 60 percent to really be profitable. It’s hard to tell what the magic number is for [the highest amount of hotel rooms that Ithaca can have and be successful]. Is it 2,500 rooms? Is it 3,000? Nobody knows.”

Until then, local hotels will let the good times roll.