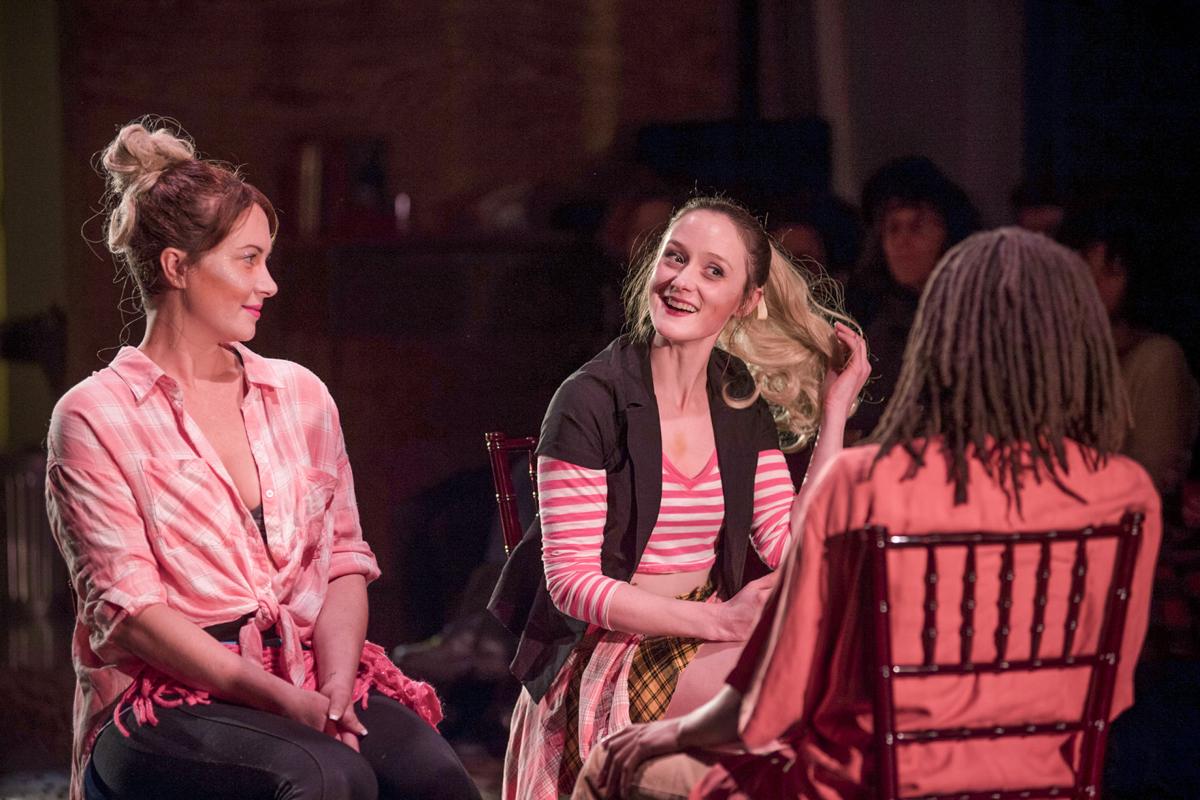 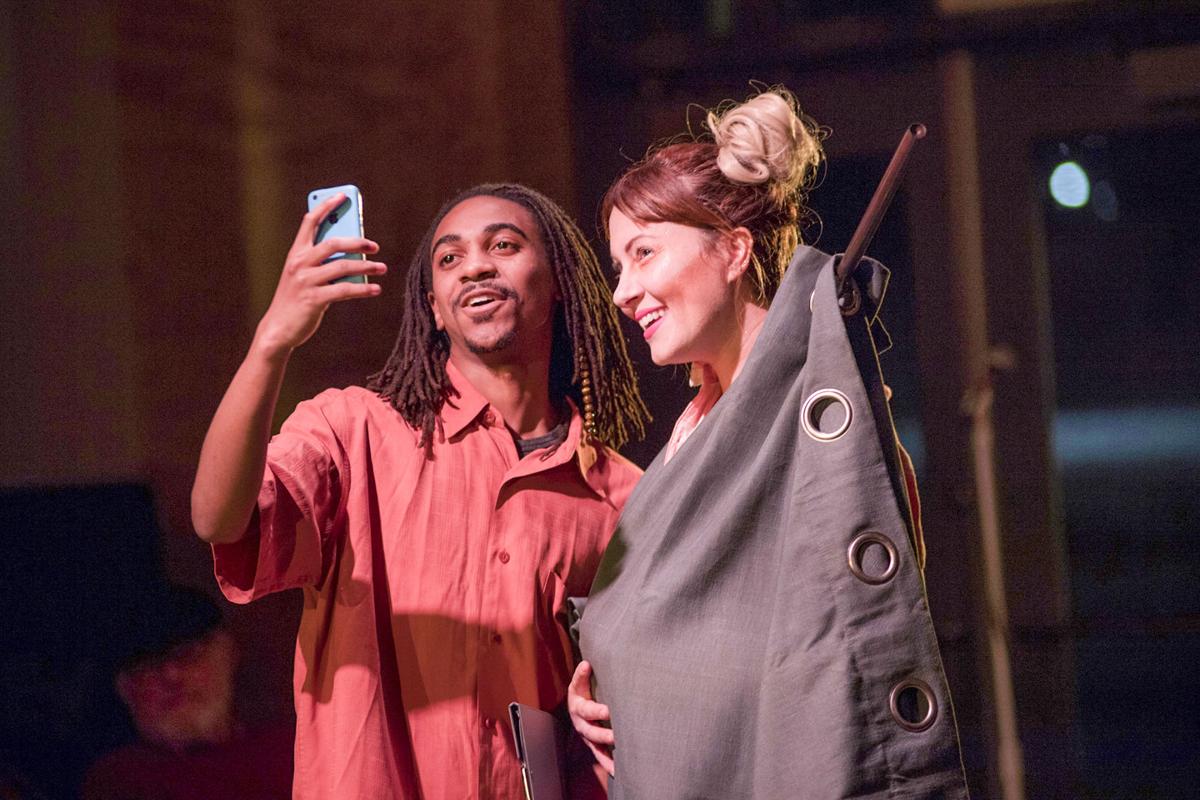 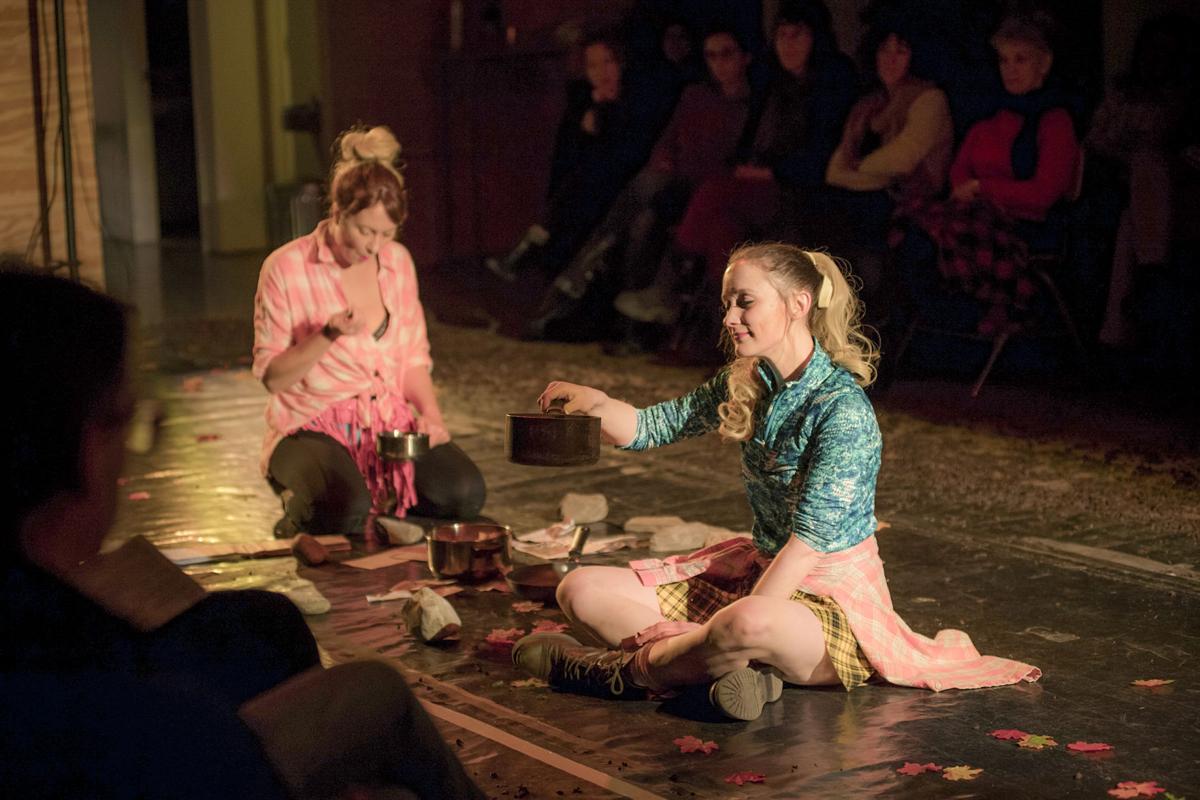 If you’re fortunate, you have at least one friend who’s a creative and adventurous cook — and who occasionally invites you over for a predictably intriguing meal. A mix of the familiar and the strange, the fare is almost perfectly satisfying yet leaves you a bit puzzled, curious for more.

Ultimately, it’s unforgettable — very much like the offerings we’re asked to share at Ithaca’s Cherry Artspace: new works with unusual perspectives from diverse cultures. Currently being staged is the world premiere of Rule of Thumb, by Serbian playwright Iva Brdar, translated to English by her sister, Ana Brdar.

The first thumbs in question are the French-manicured ones of two young Swedes, Ana and Monika. Enthusiastic but naïve, the women are competing in a hitchhiking contest, from their Swedish coastal city down to Strezimirovci, an obscure town on the border of Serbia and Bulgaria. This road trip by thumb — over 3,000 kilometers — might seem perilous to a U.S. audience, given the inherent dangers of our own society. But in Europe, hitchhiking is still a common practice, with official competitions turning the frugal custom into a celebratory sport.

Under the creative vision of director Beth F. Milles and the design team, the Cherry has been transformed once again, with tennis court seating, the theatre divided by a 6-ft. wide black roadway, complete with dirt-gravel shoulders. Patrons are chatted up pre-show by wandering cast members and even invited onto the tarmac for some spontaneous dancing to catchy Serbian pop.

But once the main action begins, we’re riveted to the adventure, as Monika (Helen T. Clark) and Ana (Darcy Rose), undaunted by their enormous backpacks, trek down the highway. As expected, this is both a specific, localized trip and a life-voyage metaphor, rendered as simultaneously realistic and surreal. When the girls’ rides arrive, they come fraught with political resonance — revealing social upheaval in the form of homelessness, urban gentrification, job shortages, bureaucratic healthcare, corporate ruthlessness and eventually near-hopeless emigration.

Each encounter both advances and retards the girls’ progress, as they’re waylaid by the personal griefs and agendas of every driver: a woman living out of her car who persuades them to buy expensive cookware (Sarah K. Chalmers); a hapless young man seeking marriage as a visa ticket (Lawrence Bierria); a lonely cop who insists on sharing an endless meal (Jacob Garrett White); a one-thumbed man whose disturbing story leads to violence (Craig MacDonald).

Every time, it’s warm-hearted, yoga-breathing Ana who gives in and tries to answer everyone’s needs, to the consternation of Monika, who’s far more practical and goal-focused. A final encounter on an empty stretch of road turns the tables — Monika becomes fixated on a (talking) dead dog (Jeff Guyton) hit by a careless driver, unable to ignore its complaints.

By the home stretch, Monika is deliriously cheerful, urging on the exhausted Ana, who’s still loaded down with pots and pans. They arrive, apparently winners, but to emptiness. Is this barren field in fact the destined spot? Are they first or last? Will they ever be acknowledged? Is the contest still on? What is “winning,” after all?

Monika believes fiercely; Ana, now the skeptical, pragmatic one, takes care of her, as the two settle in, camping for weeks, sustained on leaf soup, awaiting the other contestants. Eventually, the others trail in and past them, interminably, expressionless, heading for another probably empty destination.

Rule of Thumb’s ultimately Beckettian bleakness is aptly brightened by a visually stimulating context — thanks to Sergey Levitskiy’s sound, Brock Viering’s textured costumes, and especially expressive lighting washes by Pierre Clavel and Paul Vaillancourt. And of course the ultimate leavening agent, comedy — what else propels us through challenges and changes, buoys us in despair?

Credit to all the actors, but especially to Clark and Rose, for making this travel delightfully immediate, high-spirited, vivid, and funny-despite-the-odds. In one swift, entertaining evening, Rule of Thumb offers a fresh look at our needs and necessities, our goals and delusions, our progress despite paralysis. •

Rule of Thumb by Iva Brdar. Directed by Beth F. Milles. With Helen T. Clark and Darcy Rose at The Cherry Artspace. Tickets at thecherry.org/tickets/ for performances through March 4.