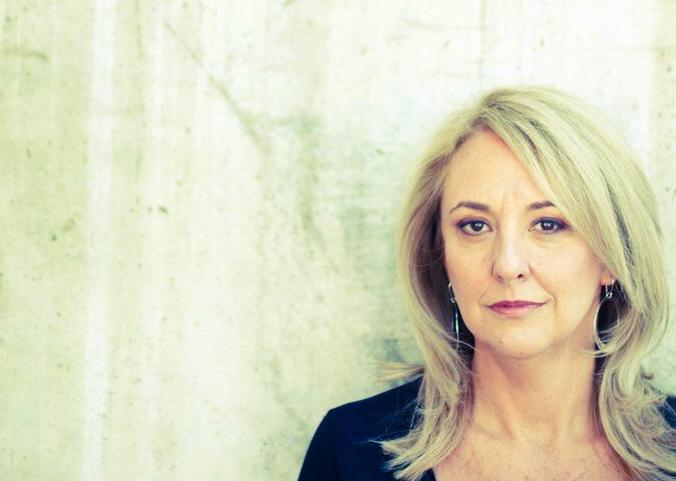 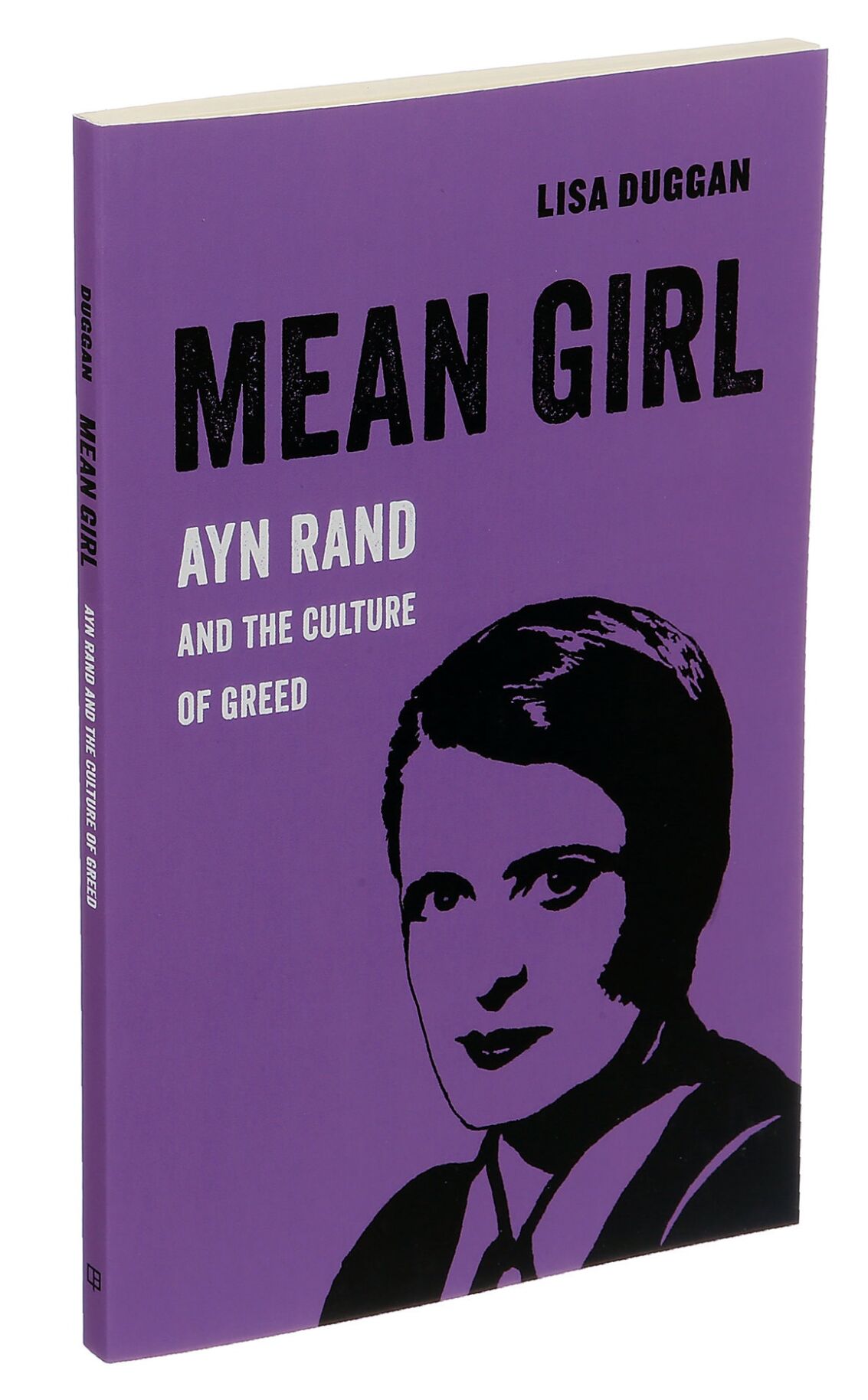 Lisa Duggan is currently a professor of social and cultural analysis at New York University, and was the former president of the American Studies Association during 2014-15. She is also the author of a number of previous books about gender, cultural politics, and sexuality, and has a new book out titled “Mean Girl: Ayn Rand and the Culture of Greed,” (University of California Press).

Recently the Ithaca Times interviewed Duggan via email on the unsettling messages in Rand’s work. Duggan gives a sense of context to the Neoliberalism that Rand championed during her lifetime and examines Rand’s growth as a popular writer, a political/philosophical cult leader, and a public figure.

Ithaca Times: As someone who has spent time reading Ayn Rand and researching her background — talk about why you decided to write about Rand in a concise way with your recent book?

Lisa Duggan: Ayn Rand has had a huge impact on our current political culture. I want to write about how and why that happened.

IT: How did Rand arrive at her personal philosophy known as Objectivism?

LD: She was influenced by her experience in Russia, where she was born. In the wake of the Bolshevik Revolution, she developed a commitment to the principles and practice of Western “civilization” and capitalism; she built her philosophy around that commitment.

IT: Can you talk about the interest by people in Objectivism and how it seems to oppose Christian values of helping and loving ones’ neighbors?

LD: Very few people are committed to Objectivism. Many more people are devoted fans of her fiction, and they mostly ignore her atheism.

IT: Beyond Objectivism, why do you think Rand still affects so much of our culture and seems to give a feeling of assurance in Neoliberal politics and global capitalism? Can you talk about the “greed is good” refrain, which is the key to Objectivism, and how former Reserve Chair Alan Greenspan was influenced and seemed to shape banking and monetary policy based on Rand’s philosophy?

LD:  Greenspan was part of Rand’s inner circle, and he advanced Neoliberal policies of deregulation. But Rand herself was not a Neoliberal. She died in 1982 just as Neoliberalism was becoming state policy in the US and UK. But her advocacy of inequality, her contempt and indifference for those without wealth and power, infused the zeitgeist of Neoliberal capitalism.

IT: There is a slow change occurring with current organizing of global racial movements, feminists’ efforts, environmental groups working to protect the planet, and the anti-Neoliberal left.  What is the fundamental flaw people are discovering in Ayn Rand’s Objectivist philosophy?

LD: People don’t generally read Objectivist philosophy, they read Rand’s fiction and are affected by the feelings, fantasies and desires that she sketches. The cruelty and greed that she advocates are anathema to the left, or to any social movement committed to equality, empathy and solidarity.

Mean girl? Really? The real mean girls are the ones who vote to have the State forcibly take away the resources of the most productive, and who create so many regulations that it becomes unprofitable to continue manufacturing inside the USA. The value of an economy is equal to total production value minus expenses including debt servicing. As US companies were forced to move operations overseas due to onerous laws, the US economy weakened. Having the State forcibly suck your life away (i.e. your time and energy that you exchanged for money) in order to just give it to someone who has less than you does not constitute charity. That practice likely does more harm than good, since it breeds government dependency, and destroys motivation to work.

The article implies that Christians should reject Rand because she is atheist, which is ridiculous.

All people should strive to recognize truth, and be willing to accept any truth from any source.

Christians who oppose the welfare state aren't necessarily uncharitable. Charity can only happen through volunteerism not force. There will always be unequal outcomes, since outcomes depend greatly on individual choice, how people choose to spend their spare time, and personal responsibility. Too many people wrongly assume that disparate outcomes must necessarily be the result of injustice. Any attempt to legislate equal economic individual outcomes necessarily creates injustice, since the State must then unfairly punish the responsible in order to reward the irresponsible.

Once the Fed is finally forced to raise interest rates (probably only after the US dollar is destroyed through inflation and loses its reserve currency status), and our bubble economy tanks, then all these mean girls are going to be wishing they hadn't recklessly exchanged liberty, capitalism, and free markets for socialistic policies like UBI and over regulation.

These policies discourage working and hiring. I don't think the real mean girls are going to appreciate very much their new Communist or Socialist overlords who will quickly strip them of their rights for which our forbearers fought dearly. Then we will have effectively enslaved ourselves. Then there will be massive capital flight out of the US, and many of these mean girls will much worse off. They and their children will have to resort to women's oldest profession to make ends meet (and at that time they'll be competing against sex robots and a lot of other women), or they will have to compete against men at the workplace in a true meritocracy (one without diversity hires), or they will have to embrace femininity, become nice, and then obtain resources from the very men they formerly despised. Bottom line; the real mean girls are screwing themselves and their posterity and they don't even realize it. Once I read this anti-capitalist book I'm confident my suspiciouns will be confirmed.

"Recently the Ithaca Times interviewed Duggan via email on the unsettling messages in Rand’s work."

So the reporter is biased against Ayn Rand's work from the onset.

Anyone who isn't smart enough to call Western Civilization as Western Civilization, rather than Western "civilization" (6th paragraph, 31st word) shouldn't have been awarded any college degree from any accredited university. Hey Lisa, what is your definition of "civilization"? I'm guessing it should be added to the ever growing list of recently corrupted definitions, such as the new ones for the words gender, racism, etc. The West is the best.

Lisa seems to attempt to discredit Rand due to her experience living in Russia until she was 21, and then in the capitalist United States afterwards. Yet Rand's background adds to her credibility not detracts from it.

Also, if Alan Greenspan had fully accepted Rands philosophy, he wouldn't have engaged in the reckless monetary policy of artificially low interest rates for years which inflated the housing bubble which led to the financial crisis of 2008/2009. I disagree with both G.M. Burns and Lisa who claim that Greenspan was "part of Rand's inner circle". Paul Volcker's monetary policy was more in line with Rand's philosophy compared to Greenspan's.