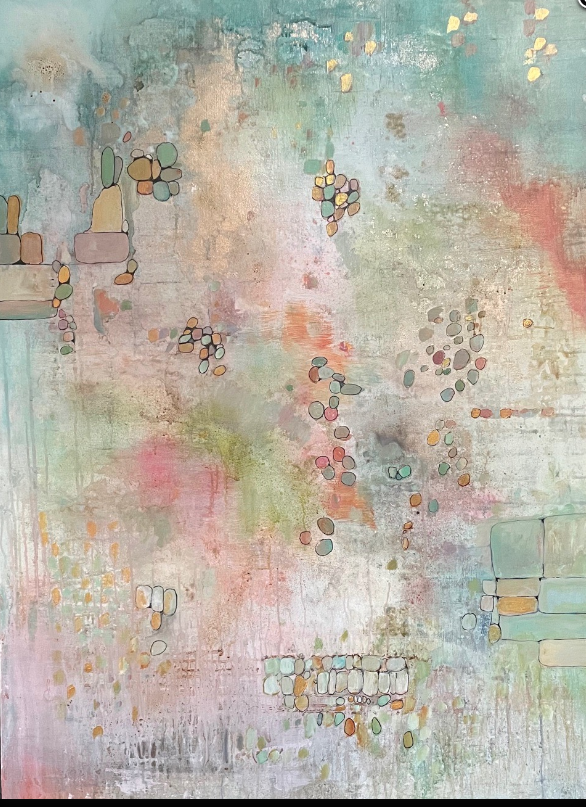 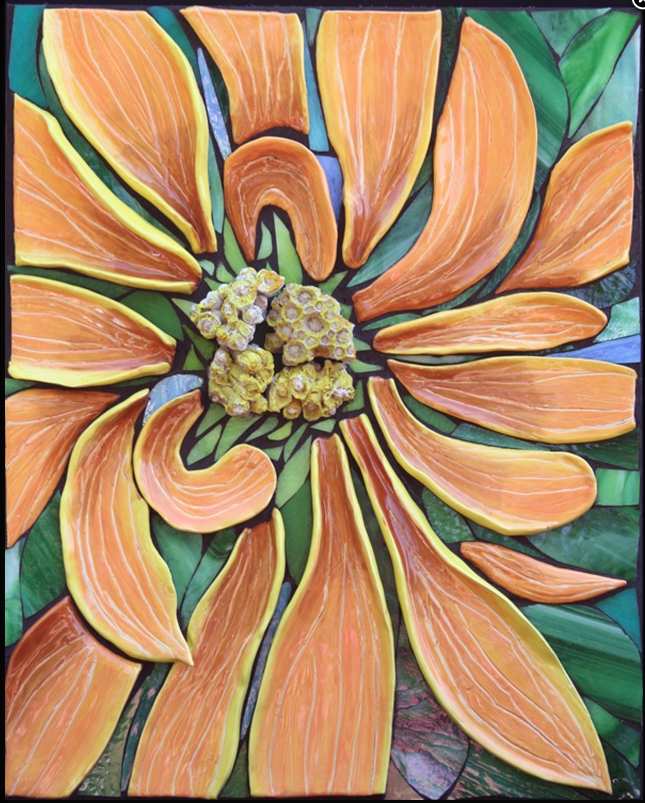 ITHACA, NY -- December and January traditionally bring catch-all group exhibitions and holiday sales to Ithaca’s leading galleries. Alongside shows at the Gallery at South Hill, the Ink Shop Printmaking Center, and the Community School of Music and Arts, this year’s “Annual Juried Show” at the State of the Art Gallery (SoAG) features work diverse in media and approach. The national open-call show, which runs through Jan. 2, was juried by gallery members, with Rick Pirozzolo of Elmira’s Arnot Museum serving as prize judge. Each artist is represented with a single piece.

Unsurprisingly, the pandemic era brings a novel wrinkle. While last year’s annual was all virtual, this year’s edition attempts an undeniably awkward in-person/online hybrid model. While all the accepted artworks are being “shown” on the gallery website, a number of pieces — most originally in traditional physical media — are not physically present at the gallery. Rather a screen displays the missing works, which include four of the five prize winners. (The show, typically for such an event, was judged from digital images.)

Those of us that value seeing art in the flesh will be disappointed. Nonetheless, there is much of interest on view at the gallery’s West State Street location. The mix of Ithacan and nation-wide artists is a particular point of interest.

Three smaller paintings in oil are among the more engaging pieces here. Annemiek Haralson’s “Storm Over the Plains” hits a mood, with its alien purple-blue clouds looming a shadowed skyline and grassy foreground expanse. Lined in pale pink, two lightning branches form the perfect accent. Rendered in red and crimson, James Cogbill’s “Transition” is notable for its blend of architectonic abstraction and mindful paint texture. In ochre, white, and purples, Julie Waltz-Stalker’s “Bury it Deep” is another lusciously painted non-figurative piece — more extroverted and layered.

Watercolors, drawings, prints, and illustration have a more muted but occasionally highly compelling presence. Sam Vann’s watercolor “Prince Edward Albatross” is perhaps the most memorable of several animal-themed works on paper here: the bird’s white body silhouetted against the realistically detailed earth on which it lies. Anna Pausch’s black-on-white woodblock print “Mums Gone Wild” is both effusive and precise. “Kamani Tree at Makua Study no.36,” a digital rendering by Stephen Yuen, has the punchy color separated feel of (some) traditional printmaking.

Teresa Yatsko, who has shown in several local group shows over the past few years, explores the “altered book” genre. “Beyond Her Malignancy,” a characteristic work, incorporates found and manipulated books, what appears to be an original handmade book, as well as rocks and tree pieces. A photographic cutout of a bald, bare-backed muscular man striking a pose with raised arms invites viewers into this diorama without a box – full of barely decipherable text and fairy tale evocation. There’s something kitschy but undeniably compelling about her work.

Recently voted “Best Gallery in Ithaca” by readers of this publication, the State of the Art has long been the city’s consummate “middle” gallery: middlebrow, middle class, middle-of-the-road. Always well presented and generally technically able, members’ exhibitions at the SoAG tend to fall into familiar ruts. A monthly diet of often two or three person spotlights and “theme” group shows rarely highlights the cooperative’s most ambitious members in the depth they deserve.

I have — to the admitted displeasure of some — criticized the gallery along these lines in these pages. I stand by these remarks. More generously though, the gallery serves as a sort of foundation for the local art “world”: one that affords its members a measure of professionalism and security in a community that rewards art in sentimental appreciation but rarely in either deep understanding or consistent financial sustenance.

In addition to the SoAG’s annual juried photography show (this year’s is scheduled for June), their general (non-photo) juried show provides a welcome breather for regular visitors. Viewers interested in getting a broad view of the varieties of art made and exhibited in Ithaca would do well to also visit the group shows at the Ink Shop and the CSMA, which continue through late January.

As a SOAG member, I find your remarks in this piece very close to what I think about the show and gallery. We are proud to be an anchor while having to balancing all the factors necessary to bring together and hold together a group adequate to be that anchor.

Regarding the show, some additional kindnesses you might have offered could be directed toward our bringing such a show to Ithaca at all and toward the skill to hang such a diverse show in what I find to be a beautiful arrangement. Full disclosure: I am not on the installation committee.

Arthur, thanks for visiting the juried show and reviewing it. We are very proud that we found ways to keep the gallery viable during the covid pandemic and are thrilled with the quality of art in this show.